Well howdy!  Folks, I have had this post up in draft form since probably the beginning of the year, if not earlier, and had it in preview mode for my newsletter subscribers.  So if you’re ever feeling like you’re not seeing enough magical fantasy goodness, you know what to do (plus you get free books to boot).  Last year, I collaborated with an awesome artist, Dennis Van Kessel, whose work you  have seen already on this site.  The one that we’re showing today is one of the last three we have the good fortune of showing off, as Dennis took a job with a much bigger studio than Tellest!  We left on good terms though, so hopefully in the future, we can reconnect.

Anyway, off to the races.  Dennis started us off with a few poses.  We wanted something a little more dynamic for Alicia, so we chose… 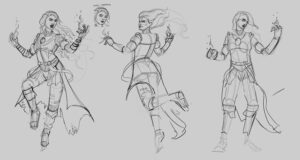 …pose A, which ended up changing a little bit as we moved something around.  We wanted this new version of Alicia to feel more powerful, confident, and almost arrogant. 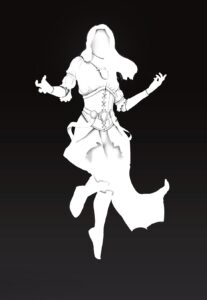 This ended up kind of doing the trick, since with Alicia’s floaty magic here, she looks as though she’s looking down on whoever is watching her.  Part of Alicia’s arrogance in the new timeline comes from being one with her magic.  Whereas in the original timeline, most of her magic was either innate or bestowed upon her by a magic trinket, in this version, Alicia is more studious, and learns magic on her own. 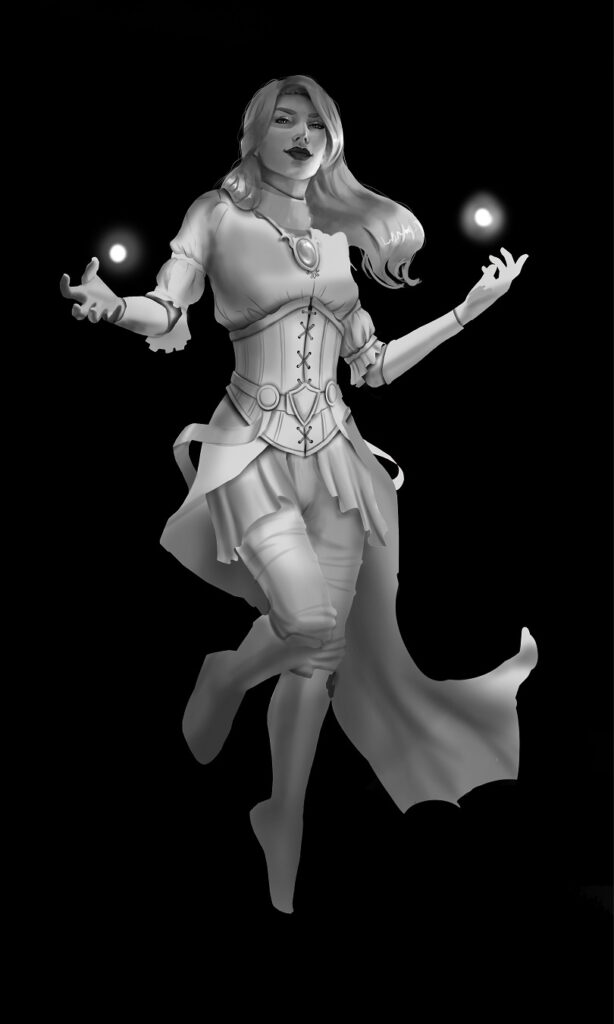 As always with Dennis’s work, he creates his pieces in so many different forms that it ends up informing the final piece in some very awesome ways.  Above, he was working on shading and lighting, whereas below, he worked on the color palette that he intended on using. 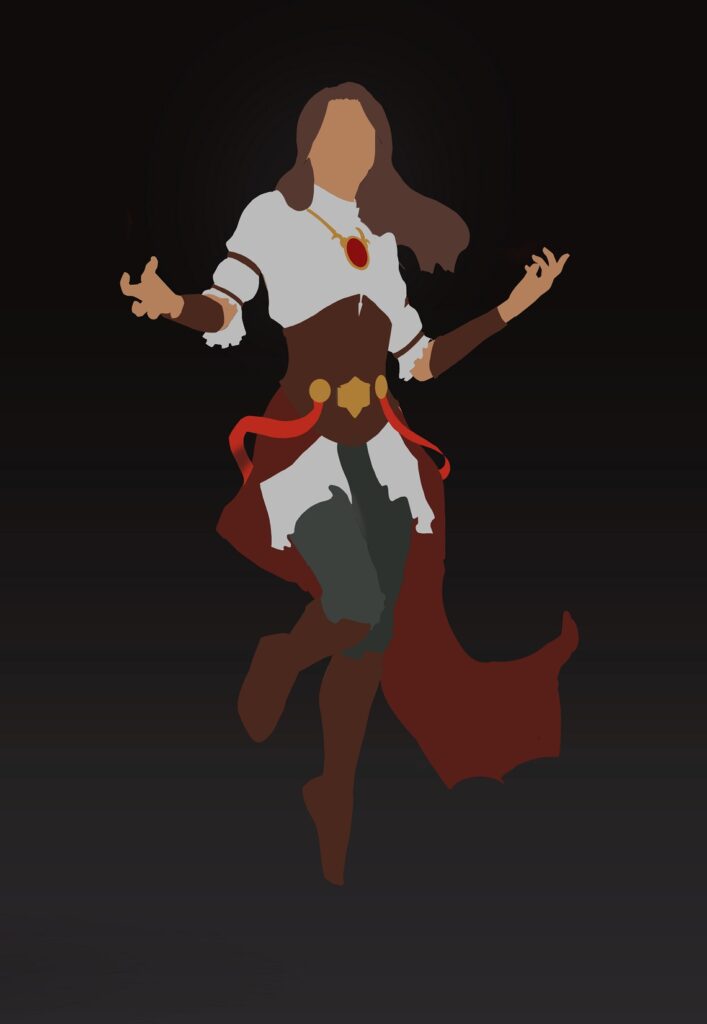 Finally, below, we have the finished piece.  Alicia is one of my favorite characters who Dennis has lent his hand and his talent to.  Here, you can just feel her presence and her power.  It’s Alicia as we’ve never seen her before, and I’m excited to tell this story of hers. 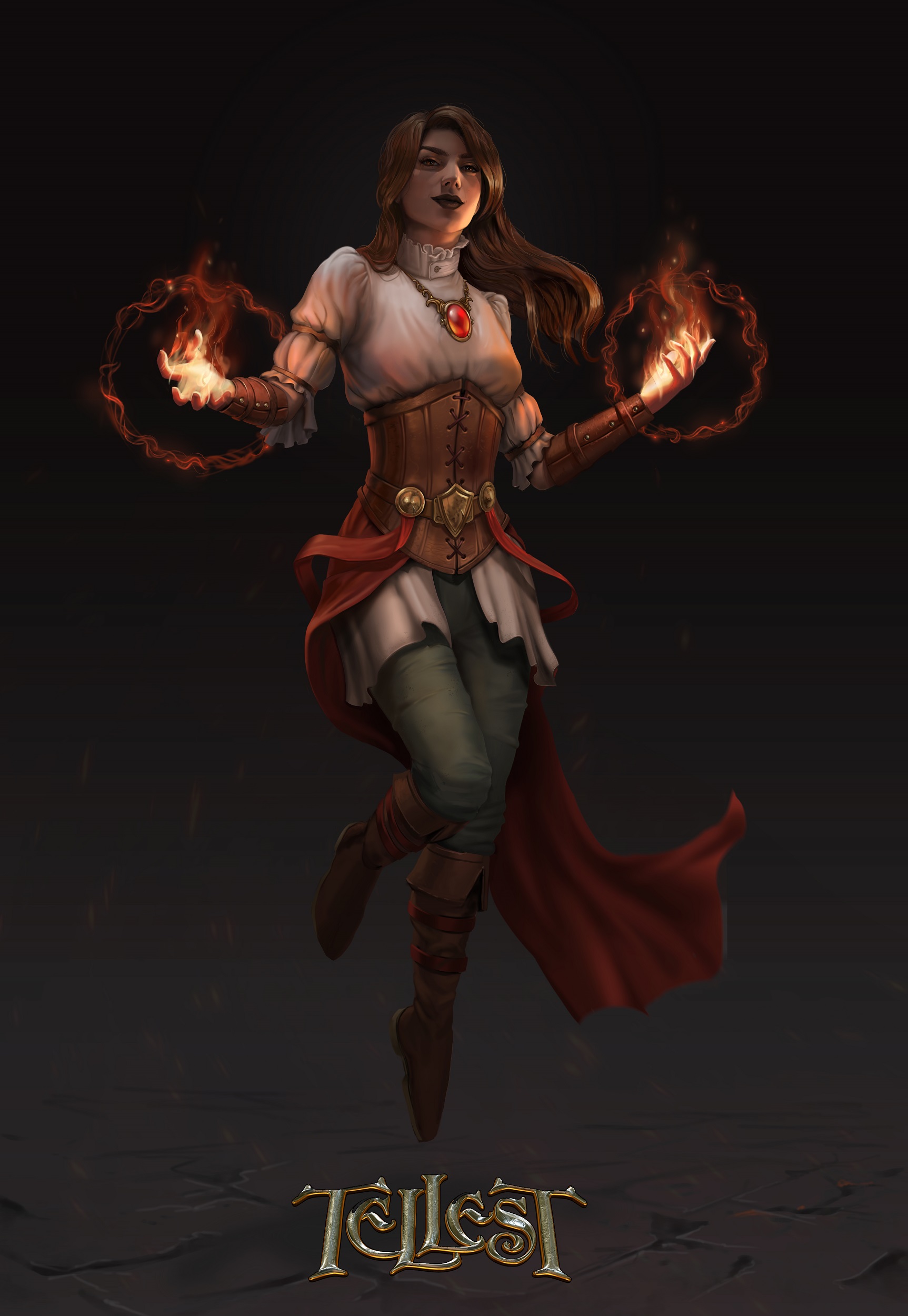 That’s it for Dennis for now, but as I mentioned before, we have two other pieces that we collaborated on, not including another piece that we worked on where he brought in his replacement for us.  I’m very excited for you to see that collaboration and introduce you to Wern, but that’s still a little while in the future.  But, as noted before, some of Wern’s work has already been seen by newsletter subscribers.  If you’re looking to get early looks like that as well, go ahead and sign up for the Tellest newsletter.  You’ll not only get early access to Tellest content, including art and short stories, but you’ll get three novellas for free, and access to some contest giveaways that we do fairly regularly.  It’s a lot of fun, so don’t miss out!