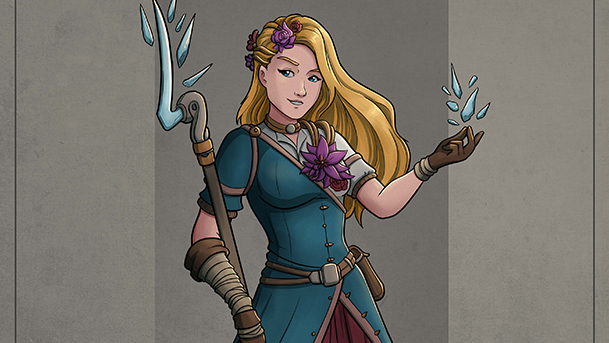 Howdy folks!  I’m a little lost with all the items I’ve been scheduling, but I think that I’ve got a first here—our first collaboration with a new artist, Silky Noire!  Silky traditionally takes on commissions for folks who want D&D parties immortalized, but I loved her style, so she’s bringing to life the heroes of Tellest, starting with “The Nine” and then who knows?  But to get everything started, we’re going to be looking at Adelia Kreegan, our sort of new flagship character. 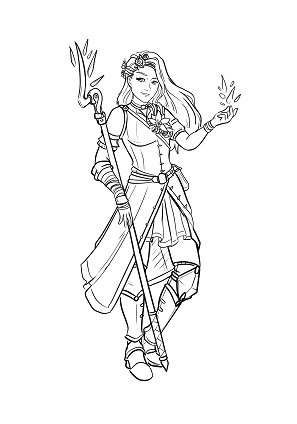 So the first thing you’ll notice with Silky’s interpretation is that we’ve got some old and some new.  Adelia’s had her flowery look in a lot of cases, as well as her ice, but she’s got a slightly more “functional” look in this case.  Her attire has a more professional, almost noble look to it.  Her staff is a bit different as well, with a straighter look to it with an icy flourish upon its head. 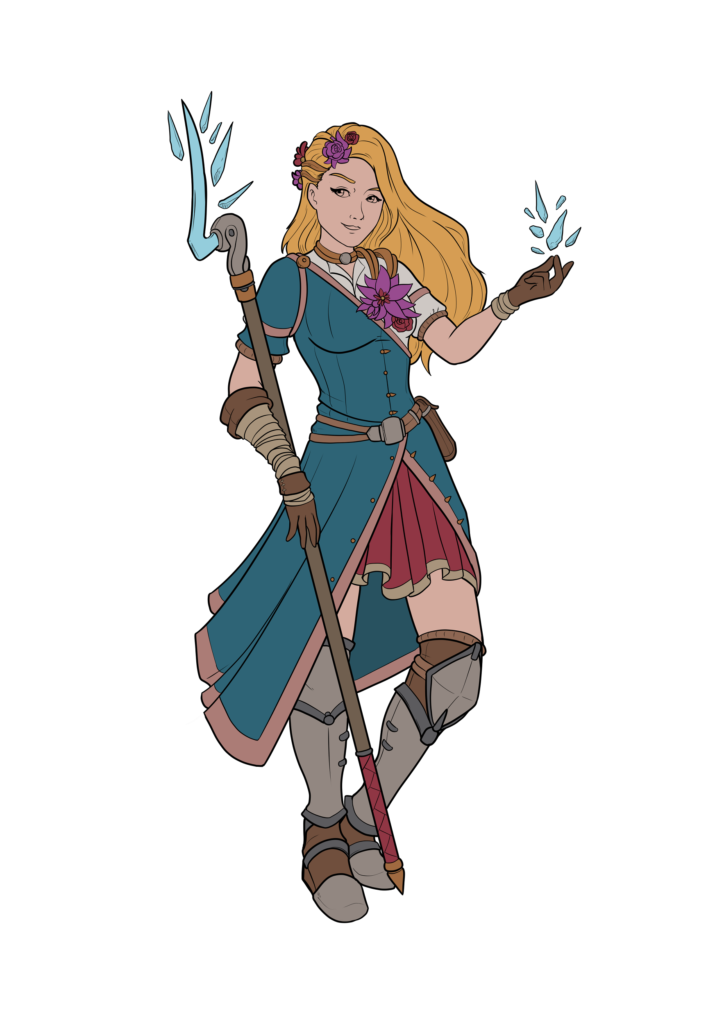 With color added, you can still see that it’s a playful look, despite Adelia perhaps being better prepared for whatever the world would throw at her.  In this case, perhaps Gaston has been telling her that she needs to be just as prepared physically as she is mentally and with her power over the aether. 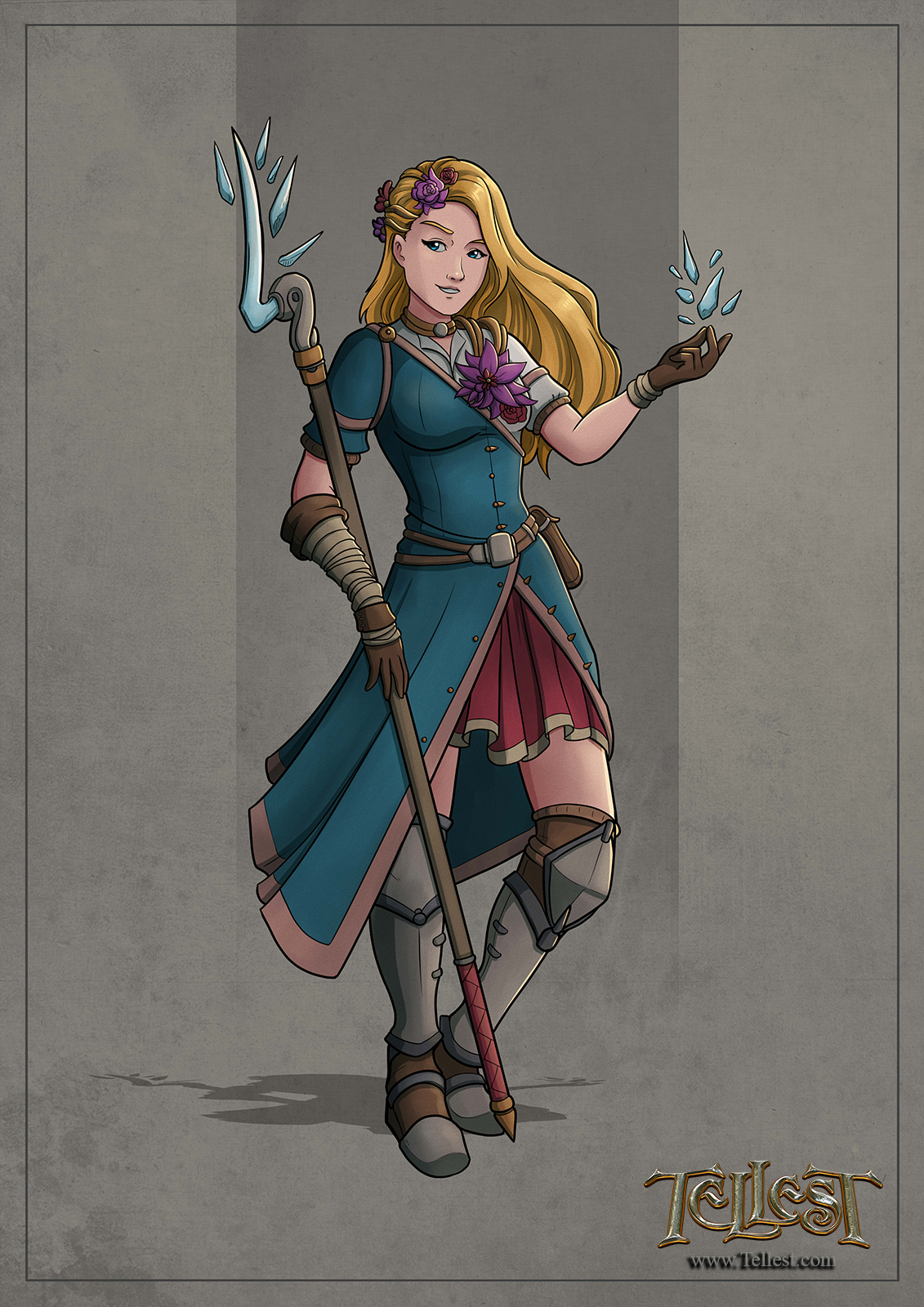 And here’s our final look at the character through Silky’s lens.  With some extra shading apparent, you can see just how cool our icy sorceress really is.  I’m glad that we’re looping in newer ways to bring life to a fan favorite, and we’re looking forward to taking that journey with some other characters in Silky’s style as well.  Keep an eye out!