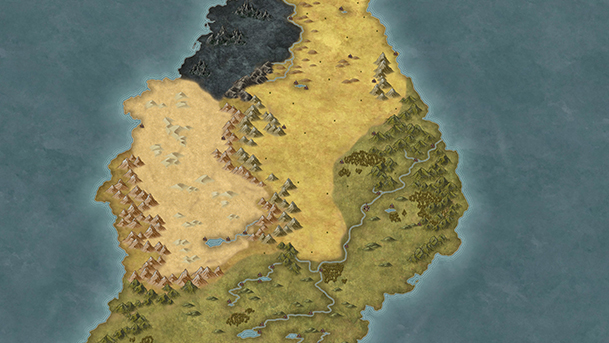 Howdy!  We’re back again to look at another of the Tellest continents, and see how everything in the world works.  Let’s dive in, and see how this continent ticks.

From top to bottom, we have, in teal, the kingdom of Karsica, which is where Lyla, Retrus and Seeger are from.  In fact, at various points, they’ve found themselves in the capital city of Valtega, which we’ll likely be seeing a lot more of in the years to come.  Below that is the savannah kingdom of Seradel.  It’s home to some Rhinotaur folk that we may have seen in the past.  To the west of that, in the dark red, we have Flintwell, which is allied with Jaxom, one of the lords of Tarson.  It’s a bit of an uninhabitable place, thanks to volcanic ash and rock that fell all over it in the past.  It’s essentially become a wasteland.  Below that, we have Iradel, in light green, which is the desert stretch that is basically made up of the Kehara desert and the various oases there.  We know Kaiyonani from there, of course, but there are other heroes we’ll be seeing from there soon as well.  To the east of that is Vendra, which is also home to some Rhinotaur who we’ve seen before.  Then, the lime green is Dathala, which we don’t really know a lot about right now, along with Gerivus, which has gone unexplored by myself or any other Tellest writers yet.

And if you don’t want to see all that overlay, here’s what the continent looks like when it’s not being divided by the kingdoms. 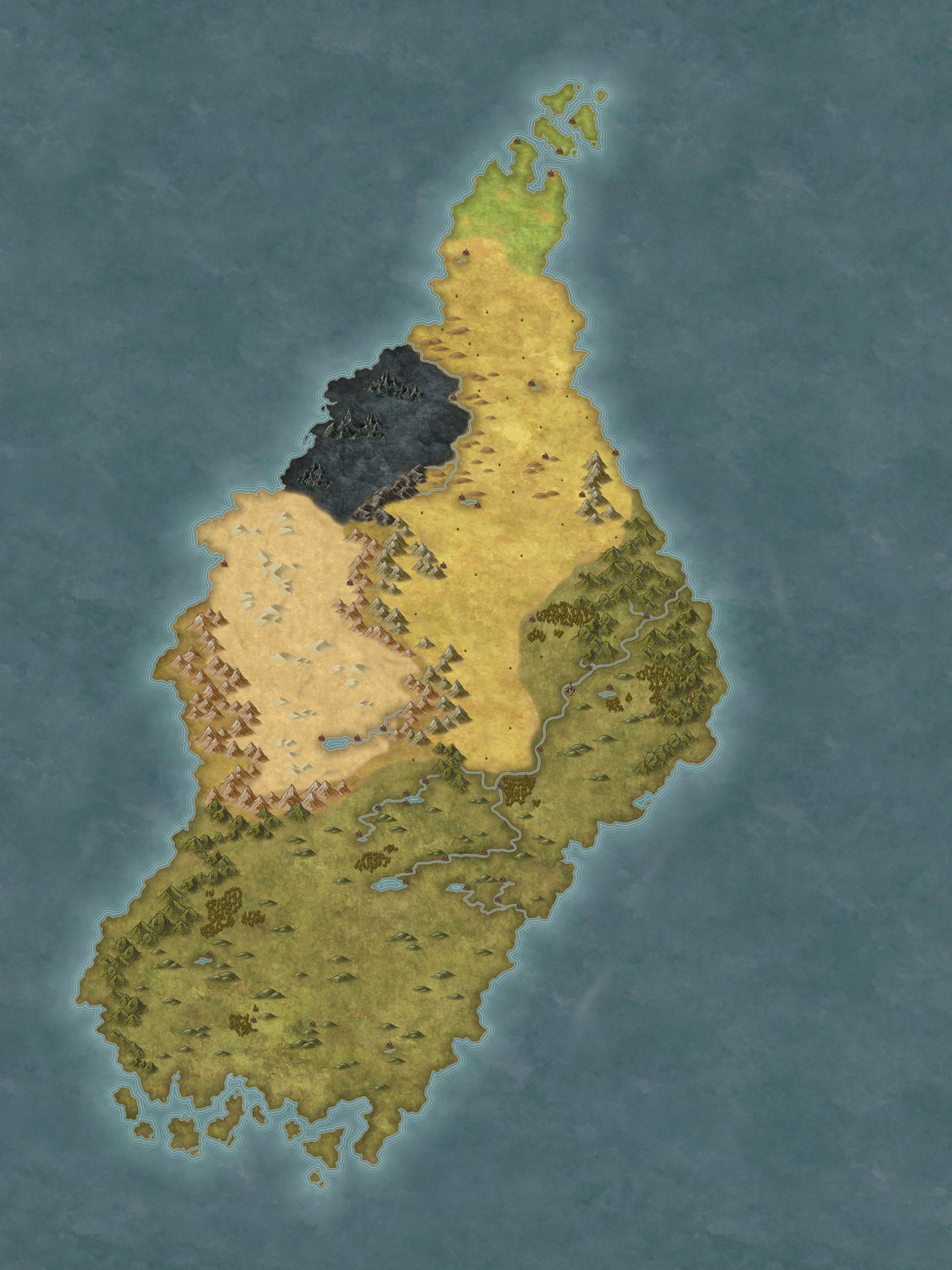 Below, you’ll be able to see some quick looks at a few of the things that we’ve got going on behind the scenes.  The first is a version of Saveon that shows the “writer ready” characters who our freelancers can write about (although technically, two of them have since been taken off the board, as Aaron Canton brought them to life in his Halloween story).  The middle image is just a quick look at the continent with just its, at the time, cities present.  And the one on the right shows our official characters, including Kaiyonani, Retrus, and Lyla.

We’ve actually since added sigils and characters to these places.  Francois did an absolutely wonderful job with the sigils, and helped us add a new city that we didn’t originally have here.  Meanwhile, Wern has been giving us characters like crazy!  There’s a very good chance that in a year or so, we’ll just do a sweeping cartography update that shows a variety of those things all at once.

We’ll be back with a look at another map in three weeks, so stay tuned!