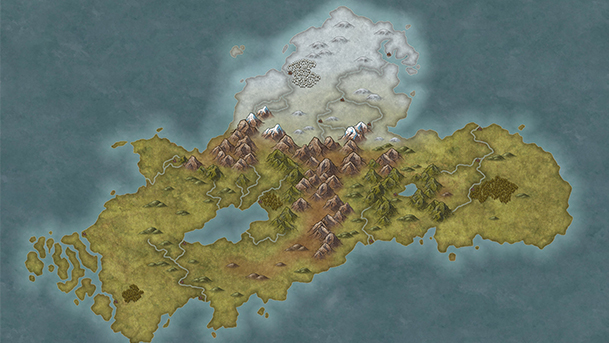 Hi there!  It’s time, once again, to look at one of the maps of the world of Tellest, and find out a little bit more about what we’re hoping to see from it in the future.  Today is just going to be a quick one on account of not spending too much time in Ravane yet, but we’re hoping to change that on the soonish side.

First and foremost, we have a map that shows off some of the kingdoms of Ravane.  The only one that we’ve spent time in so far was the violet one on the eastern side of the continent.  That one, Vanicus, is the kingdom in which the Halloween story Searchlight took place.  We’re certainly not done with Searchlight yet, as it was a very formative place for Icarus well after The Fall.  To the west of Vanicus is Qimar, a place where gnolls and minotaurs often come to blows.  In the brighter green, further west, we have Jameen, which is a sort of wasteland area of the continent.  In previous versions of this map, the wasteland was much worse, but things have changed since then, leading us to believe that maybe there was some reason as to why.  Ruinus, in that sort of orange-red color, has a large archipelago in its influence, and considering how close they are to the mainline, it makes you think that perhaps it was all one unified land at one point.  There’s a slight yellow overlay in the kingdom to the north of Ruinus, which is called Hogora.  That would be home more to tribes than big cities, except for perhaps the areas near the northern coast and mountains.  The dark blue is a very resource-heavy land called Tycharma.  Tycharma has the biggest sway over the lake that you see there, said to be the deepest freshwater lake in the world of Tellest.

Further north, we see the dark overlay of Domissus, where the weather is starting to take a cold turn.  Further north than that though, we have Kassoya, which is frigid indeed.  We haven’t explored either of those kingdoms too closely yet, but one of the players in my D&D campaigns is considering running a one-off that is staged in that location.  We’ll have to see how that all goes. 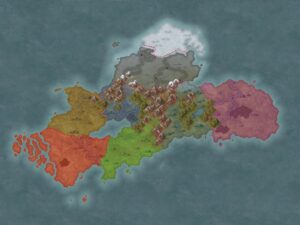 Below, you’ll see a version of the map that doesn’t have any overlays or anything of the sort.  I have to say, I am very happy with how this map came out.  It looks pretty vibrant compared to some of my earlier works, and it feels very lived-in from what we see so far. 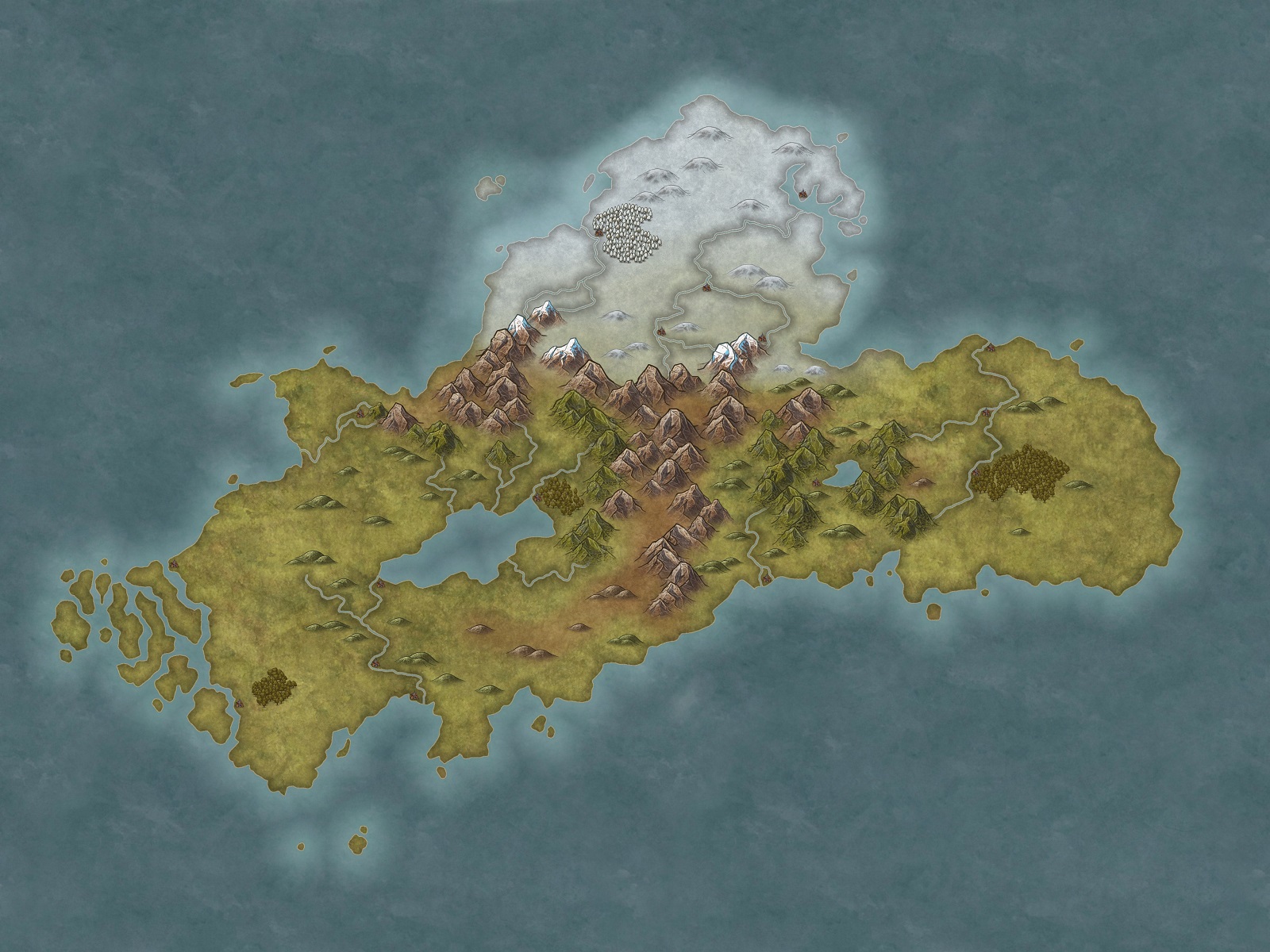 We don’t have too much to show by way of characters or artifacts or anything of the like yet, but as we mentioned, we do have one city that we know the location of, and it’s right here in the small image you’ll see below.  Searchlight is the one place we’re pretty familiar with, thanks to our story about the lost elves of pre-Fall Tellest, and the corruption of thousands of years without seeing their home. 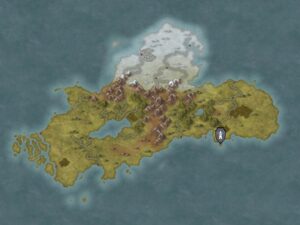 That’s it for now, but we still have more maps to show off.  In a few weeks, we’ll be looking at a place that we’ve only seen in passing, but we’ll be aiming to spend more time there very soon.  See you then!