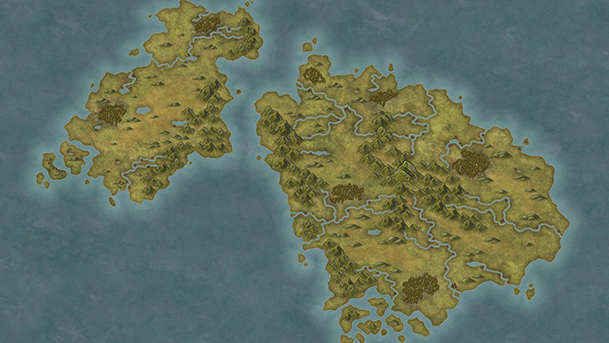 Hi there!  It has been painfully long since I’ve taken a look at one of these maps here on the Tellest site.  I’m busy making them on Inkarnate, and in the summer months, on my second floor (with no air conditioning), that’s sometimes brutal!  The good news is that I had Mistfall done a decent amount of time ago.  Let’s see what we had at the time of this draft, shall we?

From left to right, we have Draug, in the sort of Kelly green, which is where a gremlin city named Glisgin is.  We don’t have any main characters who hail from any of the kingdoms here yet, but we do know some of our Quantum Quest characters are from Mistfall.  Glisgin is home to Kor Laros, our ugliest gremlin. Then we have Mevia in red, and an as yet unnamed kingdom in orange, with neither having much details filled in yet.  Lorvis in the final kingdom, represented in teal below.  There are two cities that we know about there.  One is Radzryn, which is where our almost definitive goblin, Jass Gore, is from.  Radzryn is known for a lot of violence, and it’s not even a safe place for goblins, really.  Then, we also have another city that’s really more of a pirate den, called The Black Lantern.  Our hero, Jerrick Tull, hails from there. 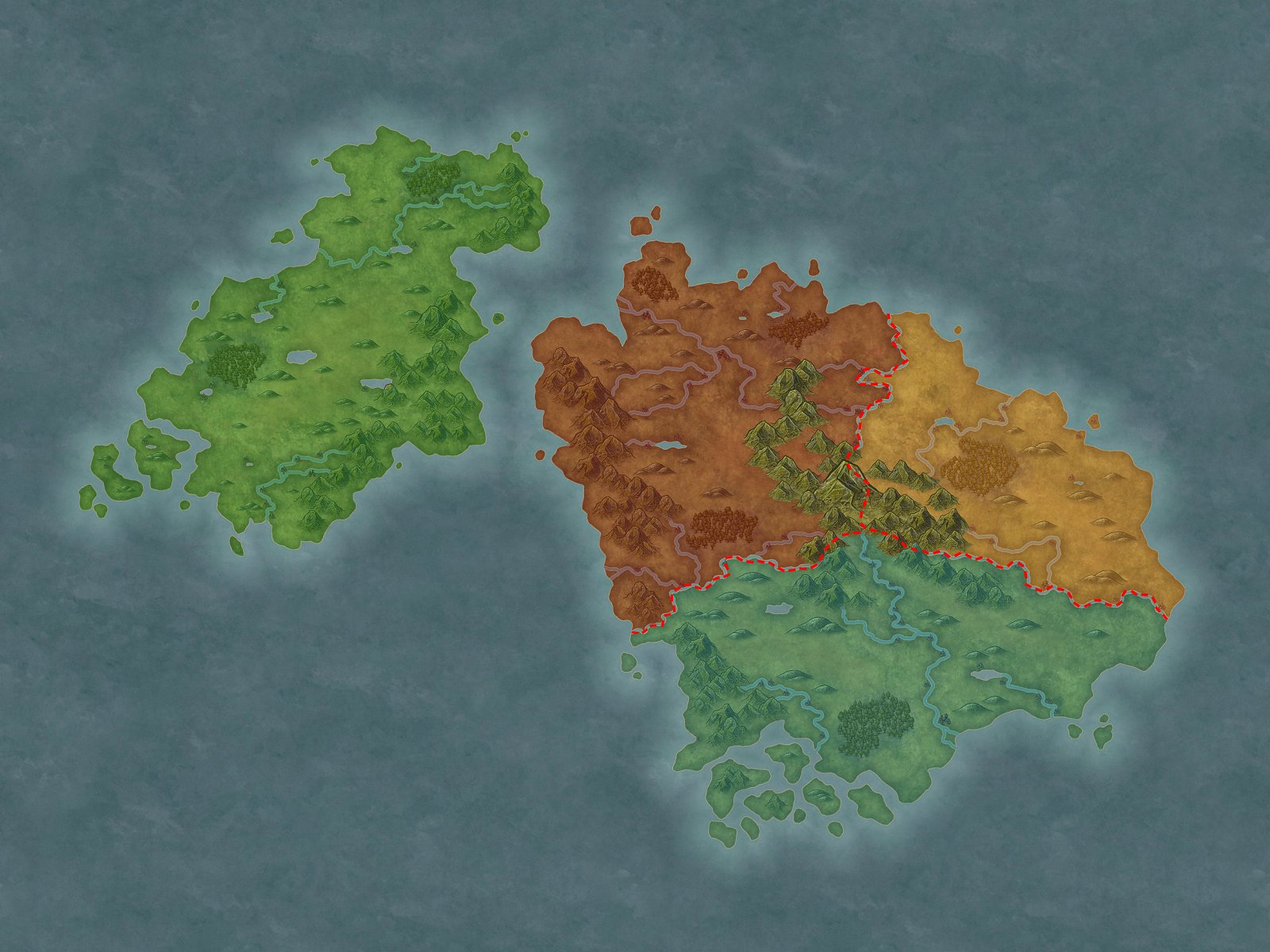 If you don’t want to see the continent all carved up by color, you can see it here, without the overlay. 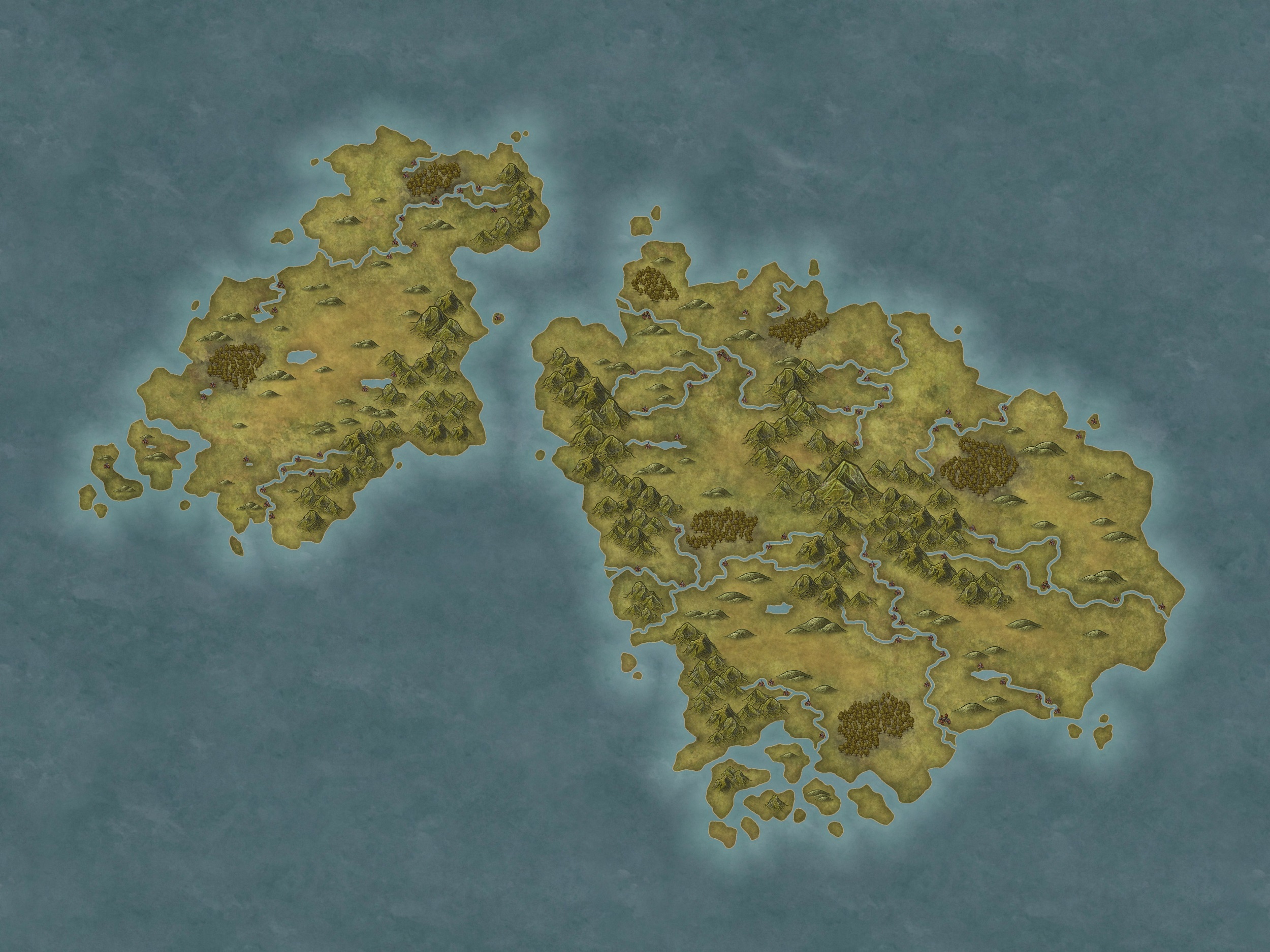 As mentioned before, we don’t have any mainline characters leading the charge in Mistfall yet, but we do have the cities, on the left, and the writer-ready characters on the right.  So far, we haven’t had any story work really done in Mistfall, but that’s bound to change before long.

Just as with some of our older maps, we’ve since added sigils to Mistfall’s cities.  There’s still a lot more exploration to be had, and a lot more cities to create.  You can be sure we’re already planning out when we’re going to post a refresh of this map.

In about three weeks, you’ll get your first look at another map from the world of Tellest, that one a little more explored in some ways than others.  In any case, we’ll talk about that when the map arrives.  Stay tuned!