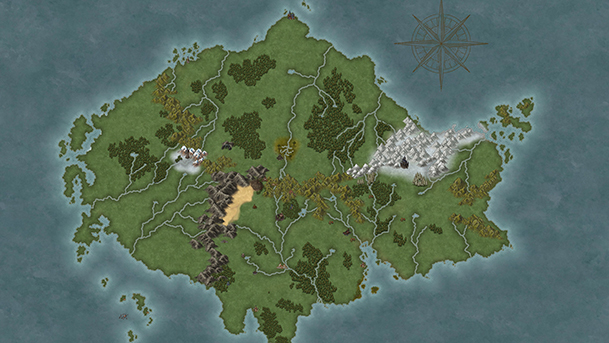 Howdy folks, and welcome to our first look at the maps of Tellest in a new style.  Today, we’re going to look at Draconis, the continent that we’ve spent the most time in, using a map that I’ve created myself in Inkarnate, piggybacking off of the work Kay Fullmer did in bringing the world I already had to life even further.

We’re going to start off today by looking at a sort of political kingdom influence map.  There are essentially seven kingdoms in Draconis, with the largest ones being run in the north and northwest, by Blacklehn and Gandarst, respectively.  Ippius, in green along the bottom, isn’t quite one kingdom, but it’s represented as one here, as though it’s been a bit fractured.  Then, in the central, east, and south areas, you have Raleigh, Carthis, Daltain and Warus. 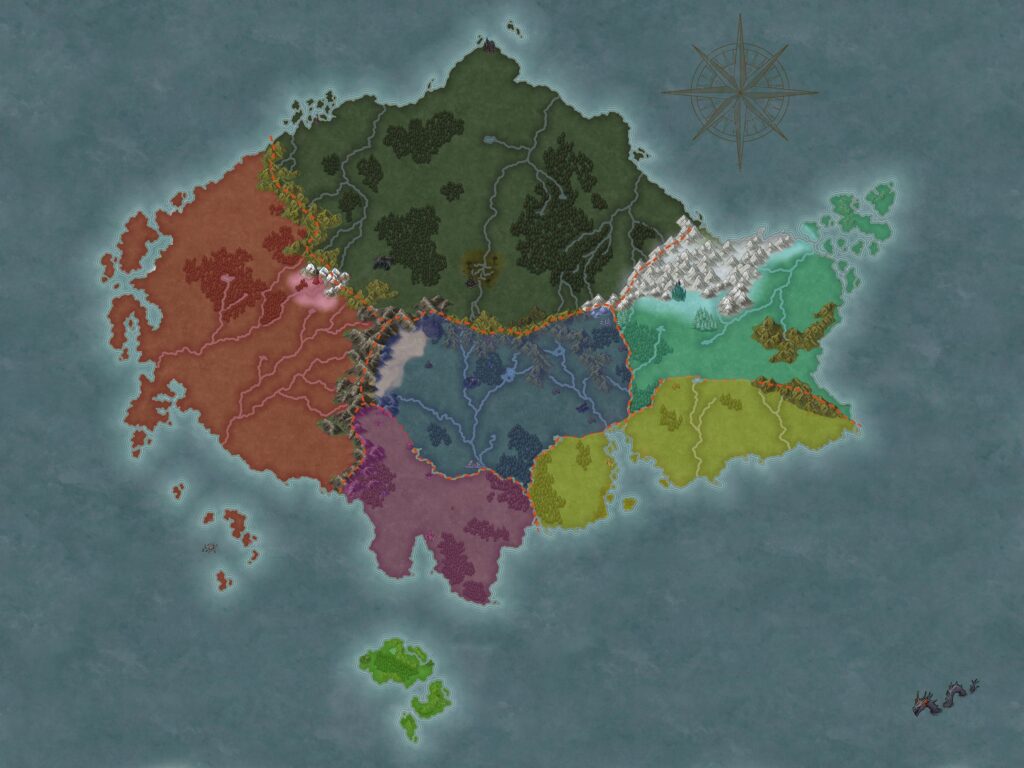 But what if you didn’t want to be beset upon by color overlays?  Well, we have a map for that as well.  Down below, you’ll see the continent of Draconis without anything much with the exception of the compass rose, and a few sea creatures meant to give it a little more character.  Here, you can’t tell anything beyond geography, which is pretty cool indeed. 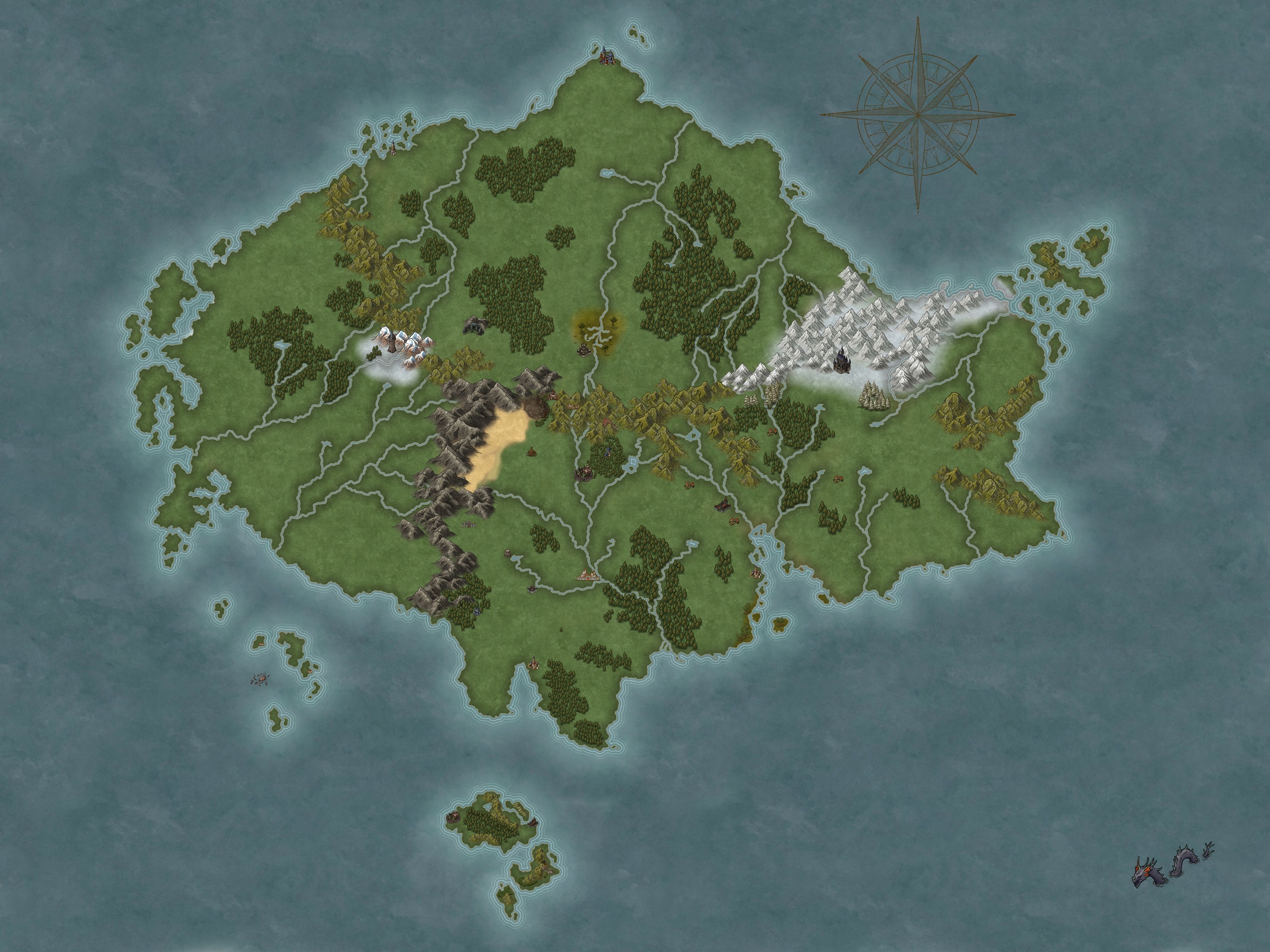 Now this next step is a little bit different, and it’s pretty cool in its own right.  The map was created in Inkarnate, which is an awesome tool, and I recommend it to anyone who is trying to make maps for their fantasy world, whether its for a sprawling book series, or even D&D.  But there’s a second tool that works so well in tandem with Inkarnate, and that’s World Anvil.  World Anvil is able to do some pretty cool things, and I have been learning how best to use it, so I’ve made some layers on the map that are interactive, and allow someone who is interested in the world of Tellest to come in and see a bit more about where the stories they’re reading are taking place.

Below, I have three layers additions that can be toggled which show the artifacts that we’ve explored so far in the stories, the cities that we’ve seen or read about, and where characters originally hailed from.  In some of these cases, the layers are accessible only to Tellest patrons, who get to see some secret information.

Well, that about wraps us up for today, but as you can imagine, we’re going to continue this treatment across the board with the other continents of Tellest as well.  There’s a huge world to explore, and we’ll get to every nook and cranny before it’s all over.  See you on this next leg of the journey!