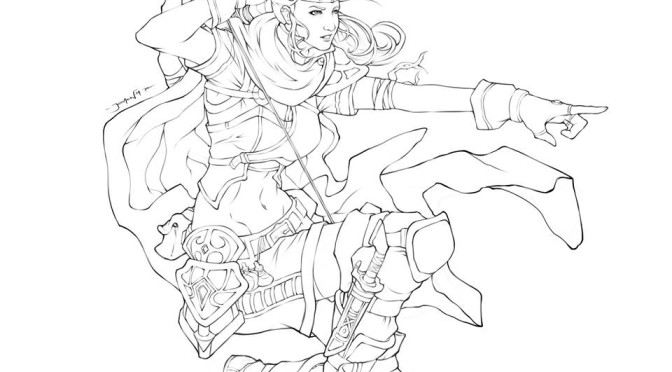 One of the things that I think sets Tellest aside from a lot of other fantasy outlets is the inclusion that we have.  It’s not about restricting people from being part of the world, and offering them only a sliver of a glimpse inside.  It’s not meant to be just words on a page.  The world is in your hands, after all.

To that extent, one of the things that I was happy to offer through the Kickstarter campaign was the opportunity to have a hero created for Tellest.  Joman Mercado worked at a price point that could not be beat, so when my brother asked if we could make a character for his girlfriend, I knew we were onto something.

Enter Tatiana.  She’s interesting in that I had very little to do with her conception, and she had no prior engagement in the Tellest world. Still, we wanted to give her an awesome introduction, and that included making a character like no other.  Here was our process: 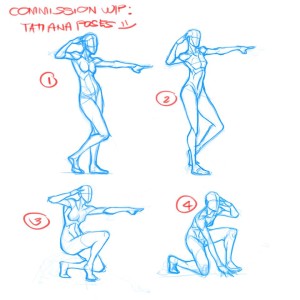 As always, we had to select our pose. We knew that she was going to be part of a larger, ensemble piece as well, and that helped us to narrow down our choice. We eventually settled on #3.

Tatiana has the ability to communicate with a fierce canine companion, Otto. Here she is giving him commands. 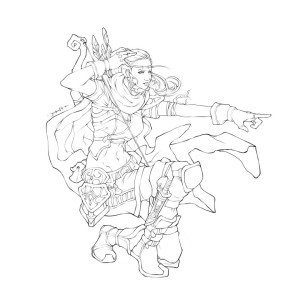 It is impressive how much work goes into creating these awesome characters.

Of course, these pictures barely scratch the surface for how awesome the final piece looked.  I hope you come back next week to see how Tatiana turned out.  You won’t be disappointed!