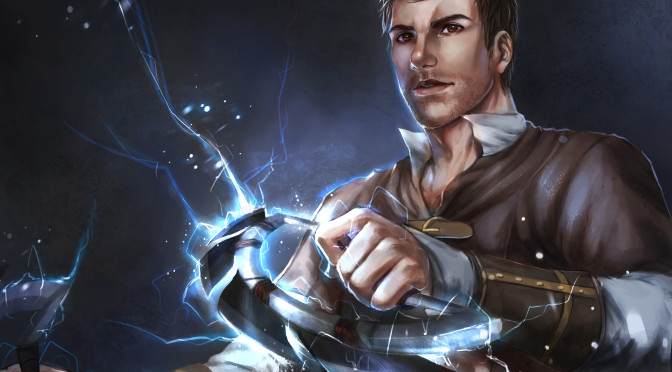 We’re back again with the last bit of artwork for May – another piece on Bolt Thunderfury.  A couple weeks ago I told you that we commissioned two pieces of art from RedPear.  This would be the first time you’d actually see the character with his weapon (though we did give Skence the opportunity to see this piece, which informed his work).

Bolt’s weapon of choice is a chakram.  He can use it to channel his electric energy, but I haven’t really had much course to demonstrate it over the course of his current stories.  In Son of the Storm, he was just coming to terms with being a human, and in The Enemy Within, he was just trying to survive.  In the stories that will be coming out that feature him going forward, we will bring a little more focus onto that weapon choice.

So, this first sketch shows what we would have when we put a weapon in Bolt’s hand. 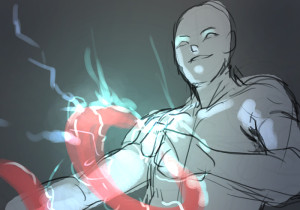 This particular one is a little vague, and with that in mind, we had to really determine what we were going to do about giving him a chakram that he really enjoyed using. Pear was decent enough to give us some choices. 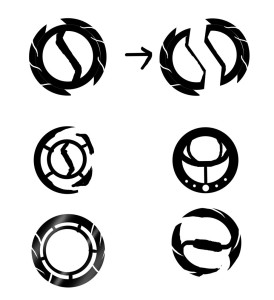 We went with the one at the top there. It may seem a little Xena-esque, but it made the most sense for someone who was good at throwing a disc, but was also brutally efficient enough to use it in hand to hand combat.

Once we had our chakram all picked out, Pear went ahead with the second sketch. 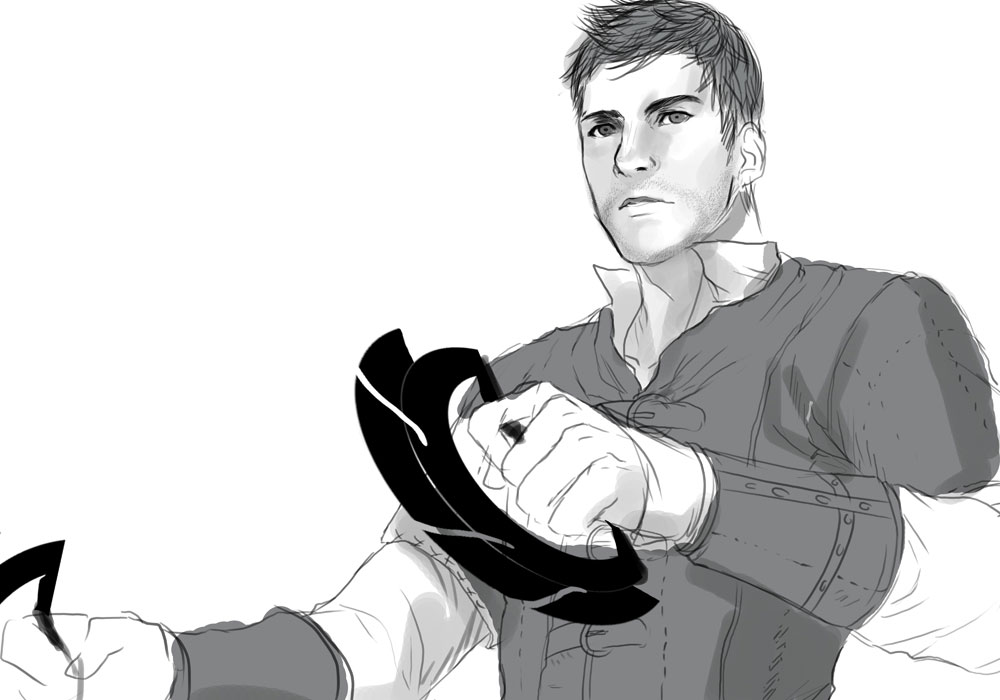 You can see here that the chakrams we went along with were integrated into the sketch.  He’s got a stern look about him, too. Maybe the need to work with his weapons means he’s encountering an enemy that requires his utmost attention. 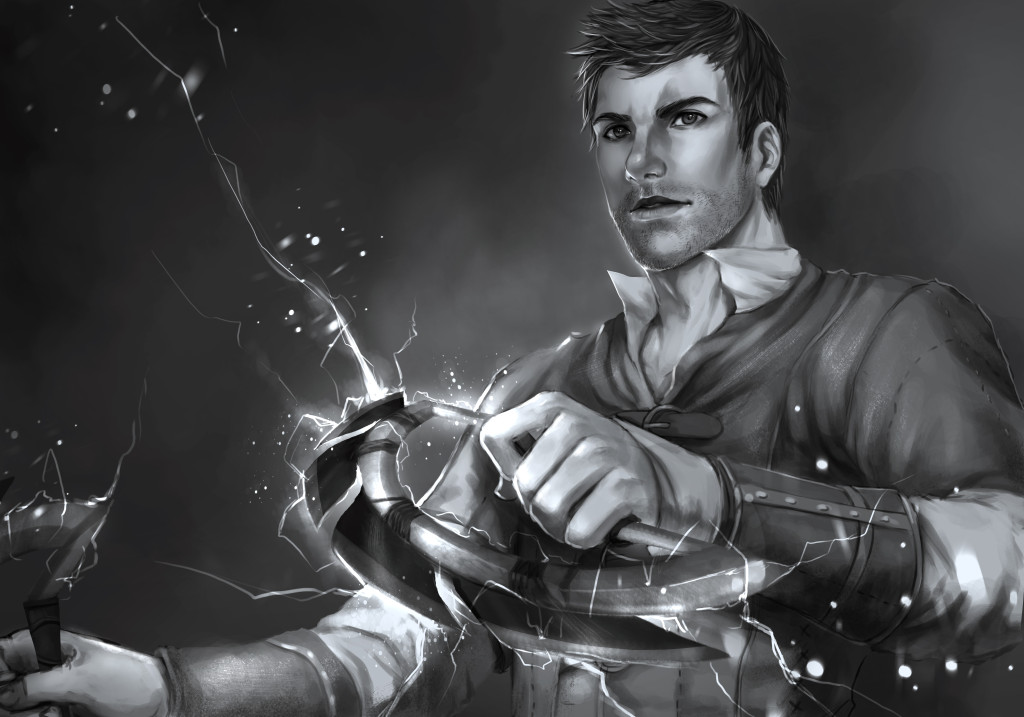 With the enhancement of the final polish, the clothing is more layered, the chakram has some more sinister blades, and there are some special effects in regards to the lightning.  As as we’ve come to expect from the excellent RedPear, we’ve also got the version completed in color. 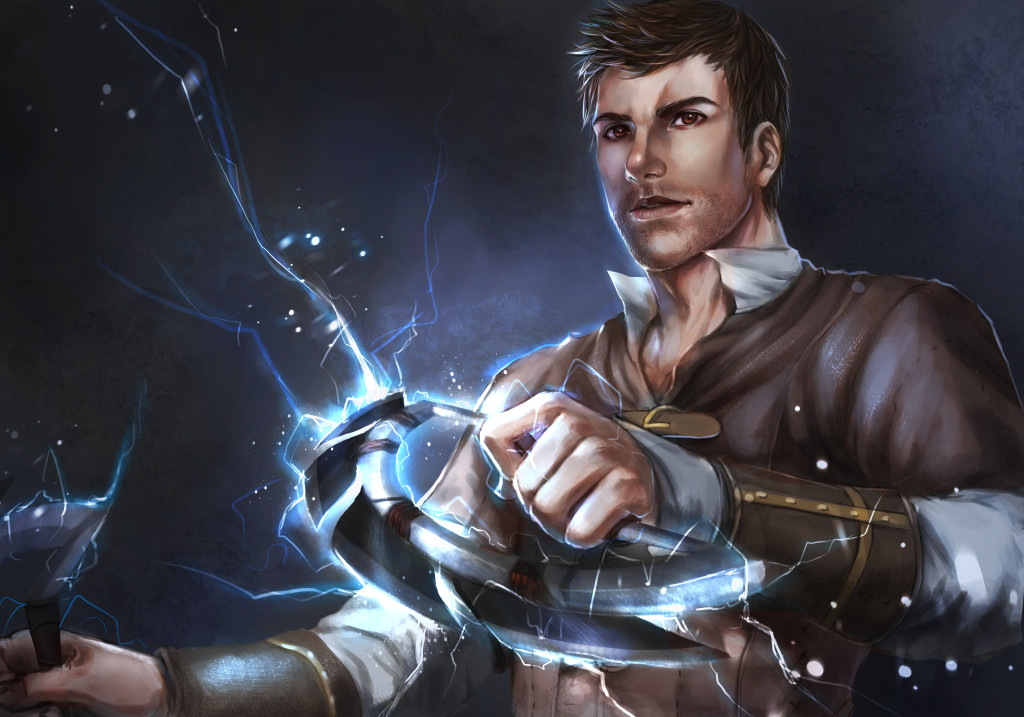 After Bolt, we’re now completely caught up with Red Pear.  It’s a woefully depressing notion, but we hope to work with her again very soon.  Keep your fingers crossed!