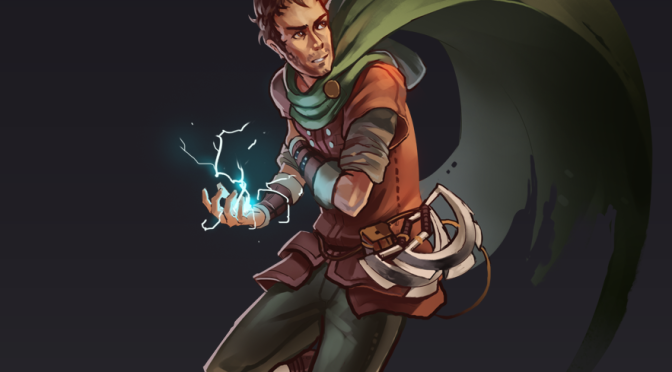 I always jump at the opportunity to work with a new artist, and as it turned out, the stars aligned recently, and I was afforded the chance to work with Skence, a fellow I met on DeviantArt.  He has a line of League of Legends art pieces that he’s been working on that I thought was incredible.  Naturally, I reached out to him about the possibility of working a collaboration between his style and my characters.

We’re happy to show you the first product of that collaboration, just in time for Bolt month.  Here were Skence’s initial sketches of the lightning powered hero: 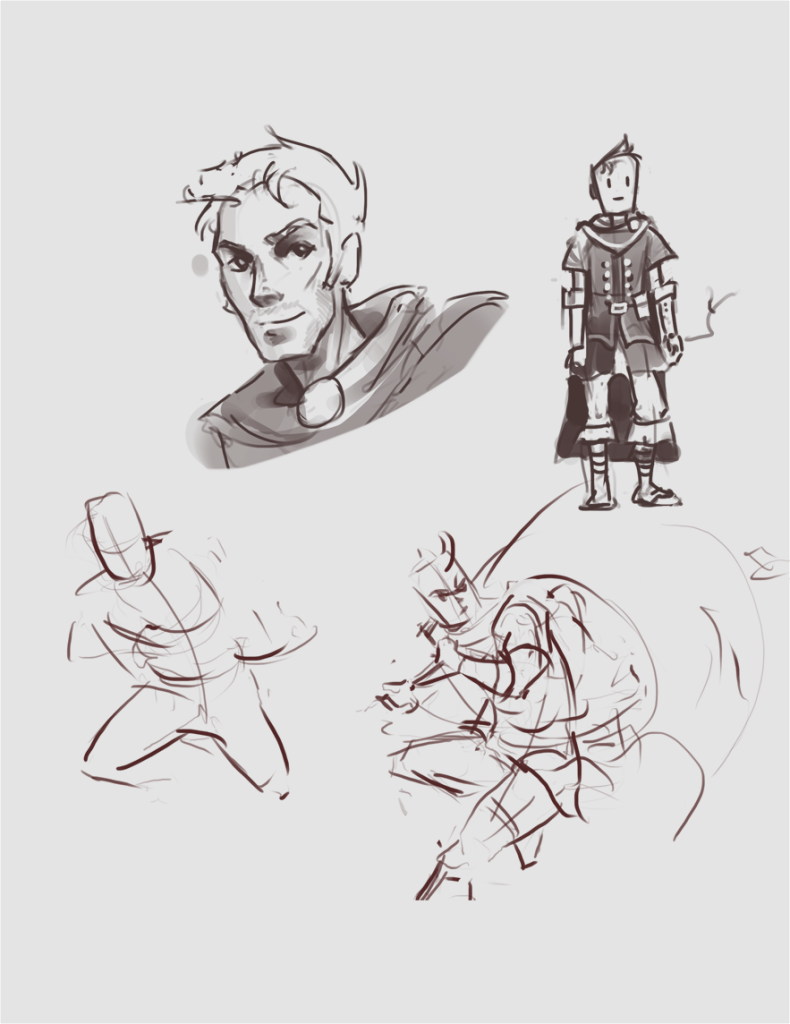 As you can see, it’s a slightly different take on the character than we’ve seen before.  He’s more angular and skinny.  Not an altogether bad look, though, and I certainly don’t mind “different.”  Skence’s take on the final piece was equally new in approaching Bolt. 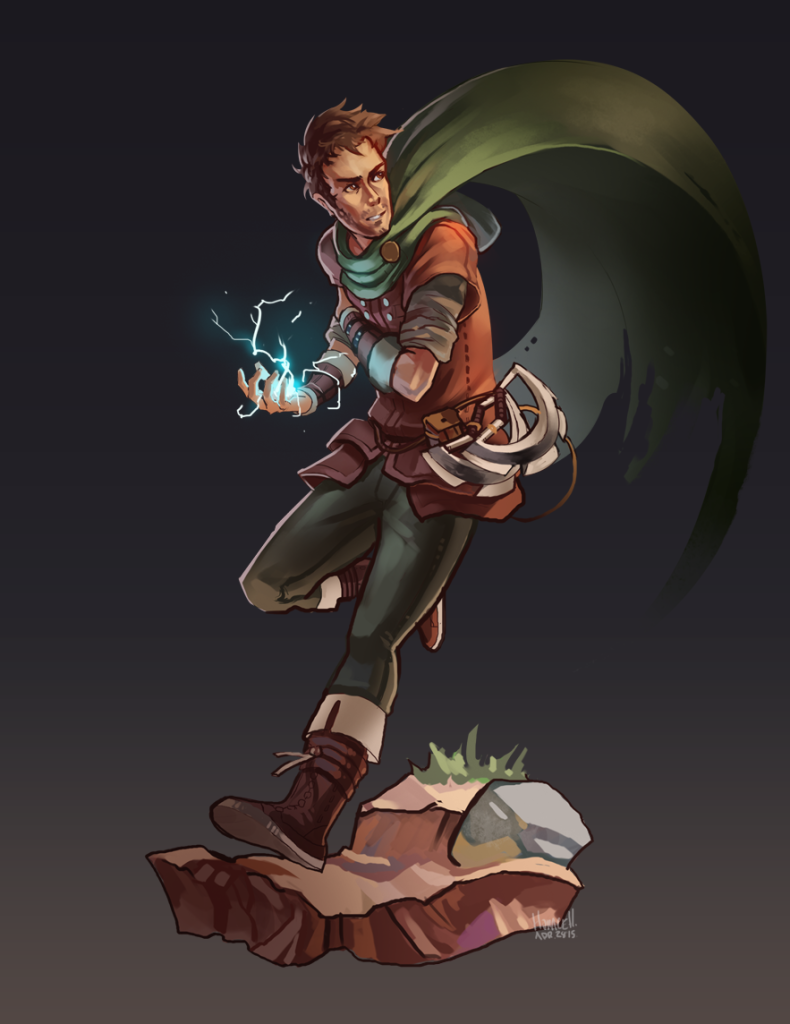 In a lot of ways, it doesn’t even look like what you’d think of Bolt. Still, I’m in love with the style, and as I mentioned above, I’m 100% for a different take on an established character if it gets people thinking.  That said, it has got you wondering if that’s actually the Bolt that we know.  Hmm…