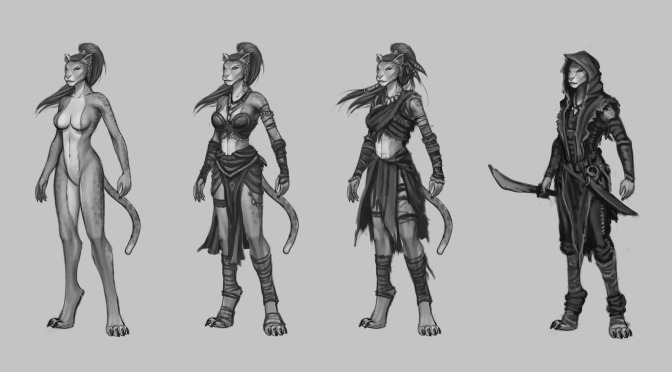 Today, we’re bringing you one of my absolute favorite pieces of concept art – at least part one of it.

In keeping with his concept art for the races, Paul Davies has finished work on one of the coolest ones yet.  This time, he tackled the kaja, Tellest’s catlike race.  We tinkered around with a lot of different options before we settled on a final bit of art that I know you’ll love.

This one is nice, too, because it shows you how much different the kaja are than the gnolls.  Of course, each race is varied enough in their own ways that these are just particular extremes.  Today’s pieces also highlight the first female that Paul has done for us.

Let’s look at some of these concepts. 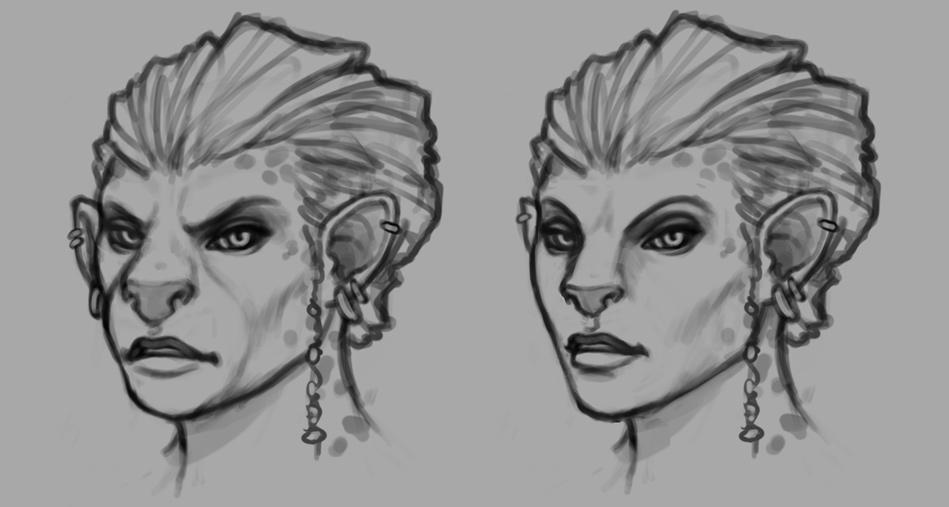 The first thing we needed to decide on was what we wanted our kaja to look like.  Were they a nice human to cat hybrid?  Did they look like the Thundercats?

In these first two experiments, we had a pair that really could have worked.  They looked cool as hell.  But I knew that in Tellest, there was more of a feline look to the kaja than what we saw here.  So we had to take it to the next step. 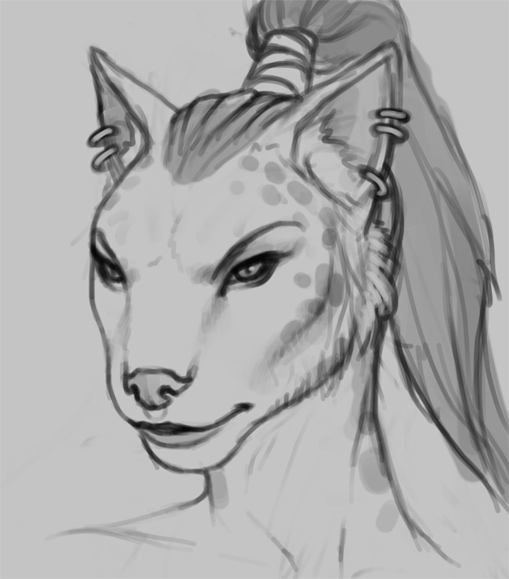 This variation, too, managed to capture a little bit more of what we were looking for, but it really started to come together in our next piece.  I felt like this particular concept really moved us forward in the right direction. 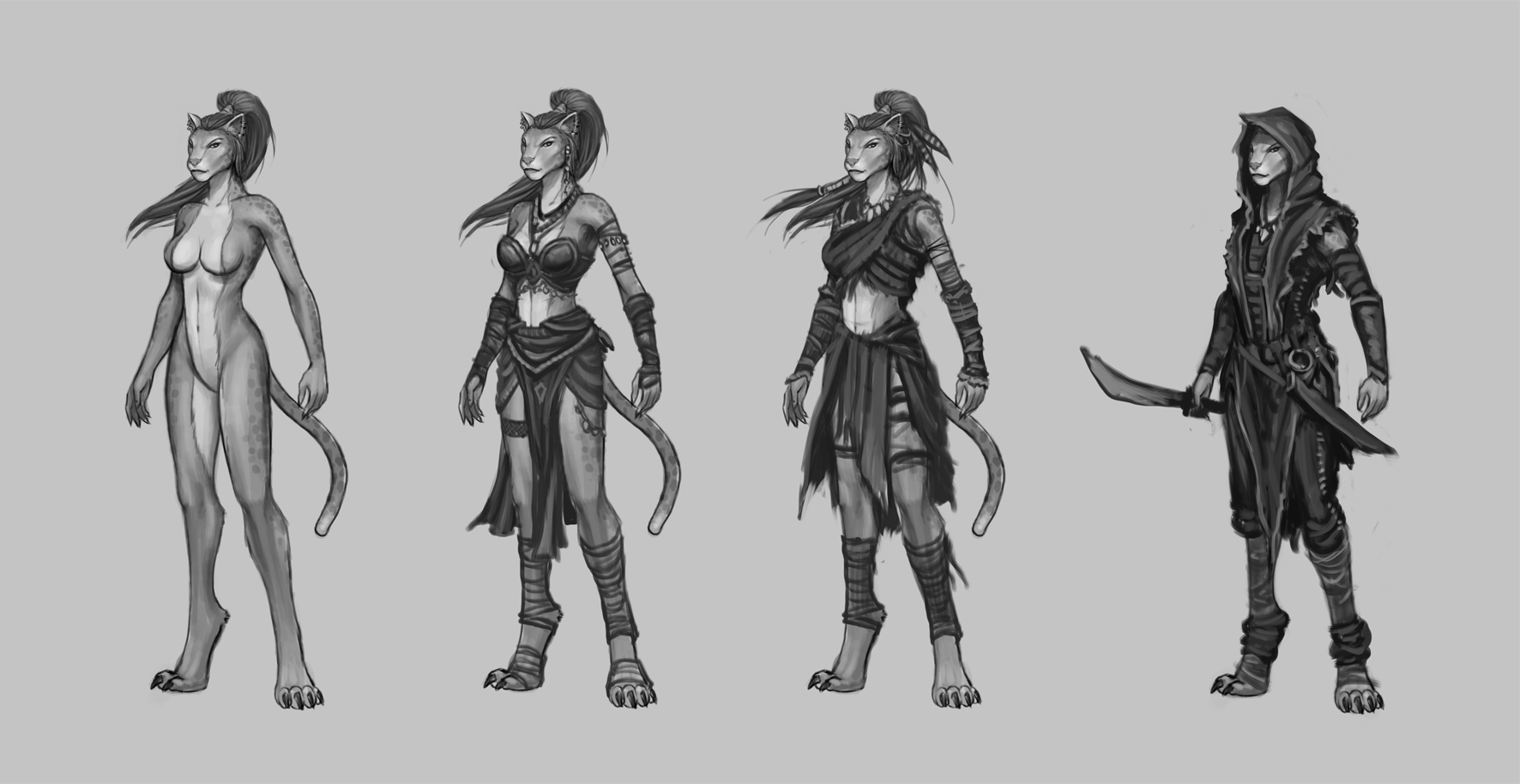 Once we knew what we were looking for, Paul did an awesome job of providing us with some pretty cool clothing options, in addition to a base body type.  This is exactly what you’d expect one of the kaja from Tellest to look like.

After that, we needed to determine what our character’s pose was going to look like.  Paul gave us a few to choose from:

I absolutely loved that these looked like they could have been the beginning of a five person kaja fighting team.  In fact, I would not be opposed to that in the future!  Of course, we did have to narrow it down, and we chose one of those up there.  As cool as they all were, I just know you’re going to love what we finally landed on.  She’s the coolest one we’ve done to date.