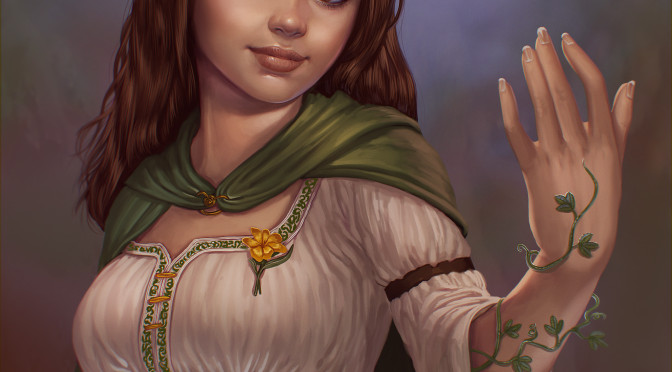 Two weeks ago, we were lucky enough to show you the beginning stages of another of June Jenssen’s pieces of art.  We commissioned her to work on Aaron Canton’s character, Jadie Rivers.  It’s been a very interesting thing, having two people who I’ve never met (beyond speaking to on the internet) come together to make a character and a visual element that’s so evocative.  I’m proud of the relationships we’ve forged, and I think the product of that relationship is magnificent to behold.

Picking right up where we left off, this is June’s follow-up to the third sketch she made.

As you can see, there are more highlights on the picture, and you can see the textures a little better.  If it was even possible, it’s beginning to look like an even more complete piece. 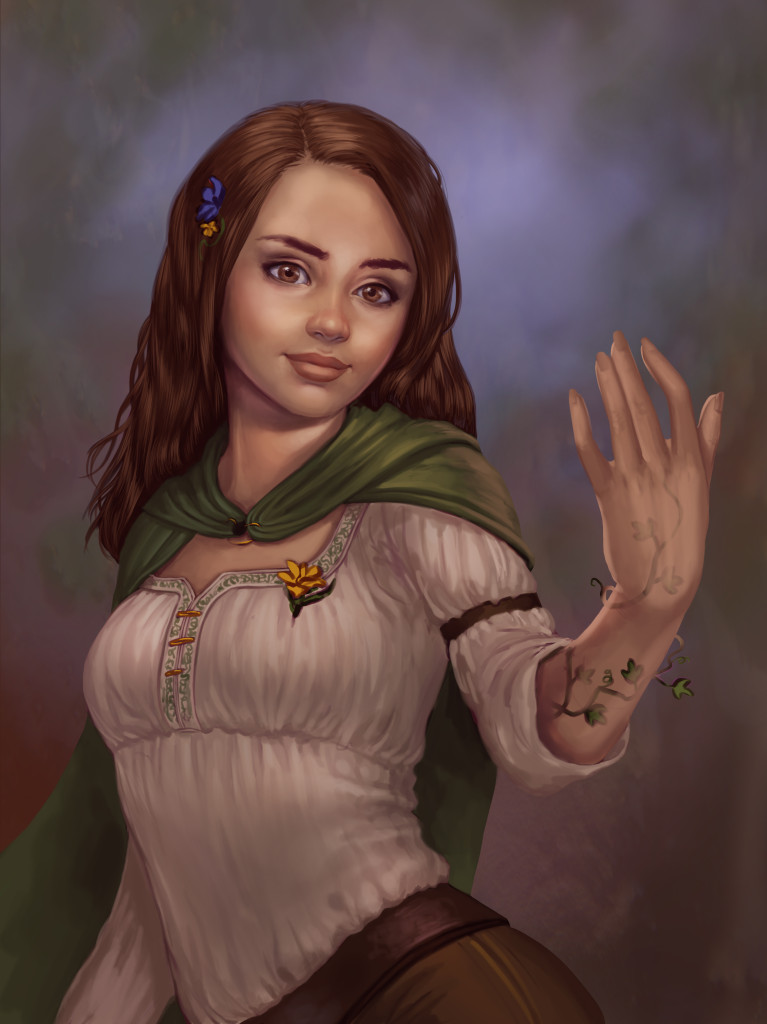 Even more highlights help to make Jadie’s top and hair pop a little bit more.  At this point, June told me she had to let it “simmer” while she figured out what came next for the piece.  If she had told me it was done, I wouldn’t have had any problems with it. 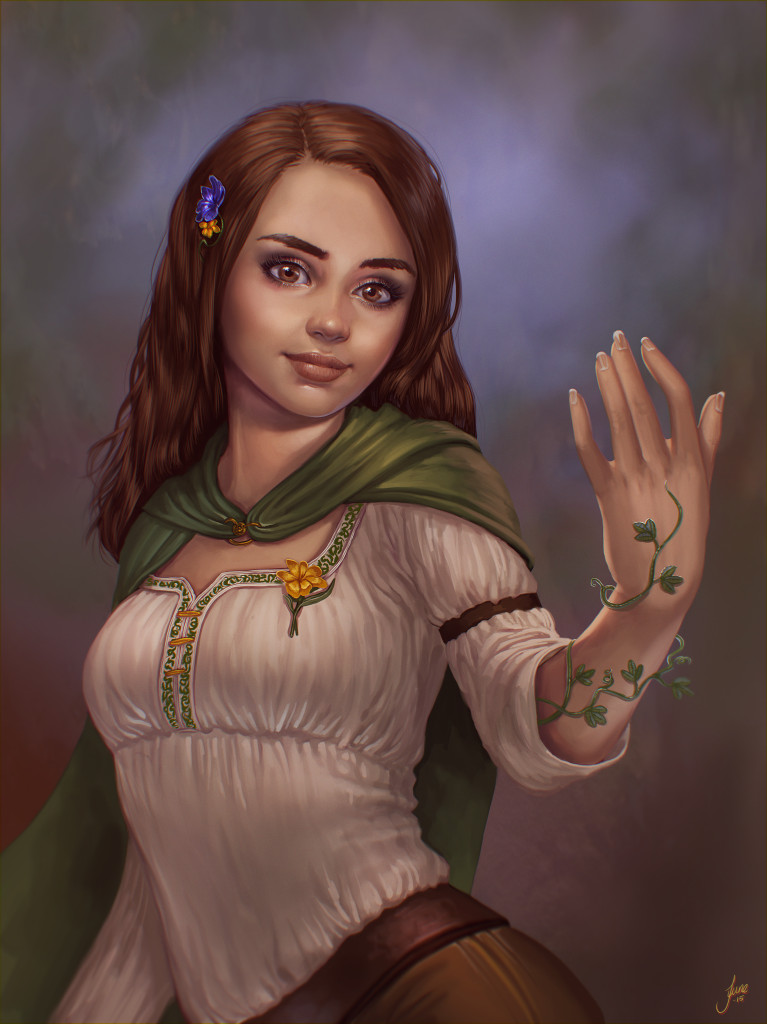 This was the final version of the piece that June had worked on.  She managed to put together a beautiful portrait of a character that I hope to see a lot more of in the Tellest universe.  Jadie Rivers is an awesome addition to our literary world, and I hope Aaron Canton is proud of her inclusion!