Merry Christmas and Happy Holidays to everyone.  I’m anxiously waiting for my lovely wife to wake up so that we can open gifts (no doubt… I schedule these things early).  I was a little preemptive this year.  I’m very bad at keeping secrets, especially from her, so Rhianna has had the privilege of opening nearly everything I got her already.

But my do I have a gift for you!  I happened upon a new series by author D. Dalton that is right in my wheelhouse.  If you’re a fan of Tellest, there’s a huge chance you’ll love All Things Impossible, a wonderful fantasy universe.  Dalton is a best-selling author who I’m already blown away by, and I’ve only just learned about her.

The first book in the series, Crown of the Realm, is a great entry point. It’ll introduce you to characters that are flawed in ways that are endearing, and before you know it, you’re completely caught up in their adventures. 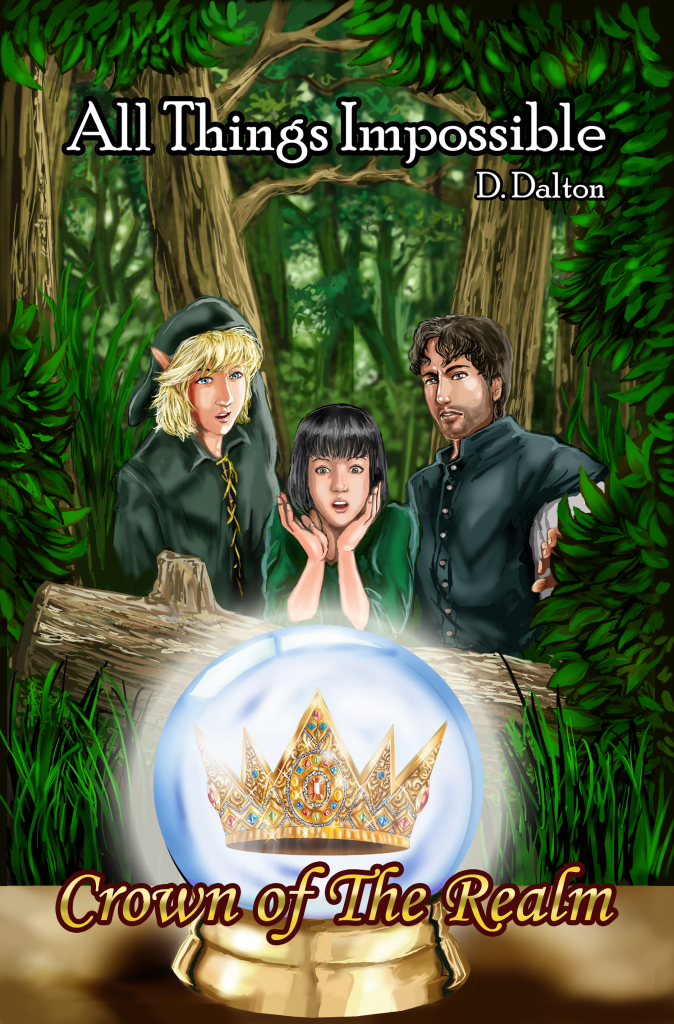 In this first volume of the All Things Impossible series, an ancient evil has returned. An ancient war has resumed. And for the first time in elven history, the Crown of the Realm has been stolen.

But young Derora Saxen knows nothing of such things. When she sets out from her village with her best friend Kelin, she knows only that she wants to be a warrior.

She does not know the immortal chemmen have escaped the realm of darkness to which they had been banished for millennia. She does not know chemmen armies are already exacting revenge on their hated enemies, the elves, or that chemmen assassins have already killed the elven king and queen.

And she does not know that by helping a tranger, she will be drawn into a struggle that began long before she was born, and take the first steps on her path to destiny. In the fires of an ancient war, a new hero will be forged…

Dalton will no doubt impress you with her books, but it’s the breadth of her work that is truly inspiring.  There are already six All Things Impossible books that have been released, with the seventh on the horizon.  They’re being released in other languages, and a manga is even on the way in February (seriously, I’m incredibly jealous of this author… it’s everything I want to do with Tellest).  You can pick up the first book on Amazon, but the books are free—in PDF form—on the All Things Impossible website!  Sweet Christmas!  It doesn’t get any better than that.  Wishing the best to D. Dalton, an incredibly talented, benevolent author who has a lot to offer!