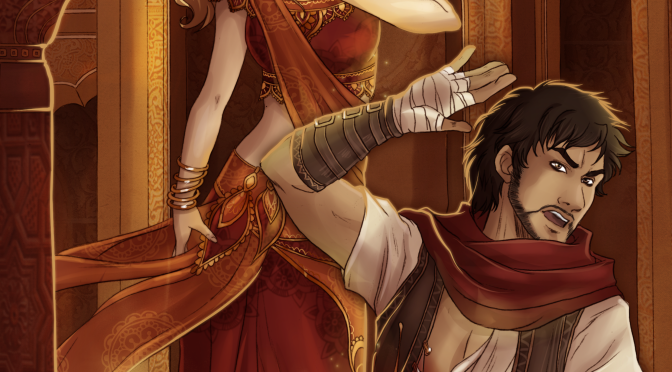 A few months ago—maybe years even—the process of writing the short stories began, and I knew that I wanted to get covers for certain ones of them.  At the time, we were still kind of experimenting with a lot of things, and we determined that we wanted to go with a sort of subtle, sepia tone with an artist named Kimirra.

Recently, we tried looking at the idea of putting the individual shorts up on Amazon, but we were worried that alongside the existing stories, the sepia toned covers just didn’t look right.  Thus, we asked Kimirra to try a hand at recoloring the original two works that we had commissioned.

First up, let’s show what she did with The Littlest Kobold. 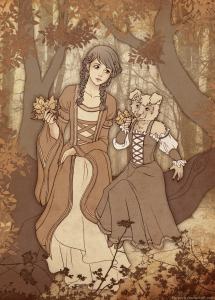 Originally, they were in a forest, but you couldn’t really tell what time of year it was, the quality of their dresses, and so forth. 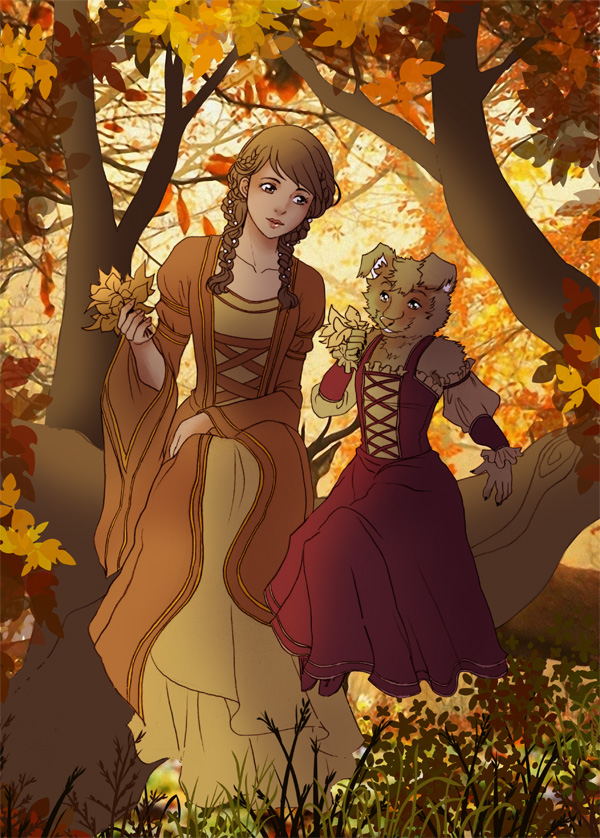 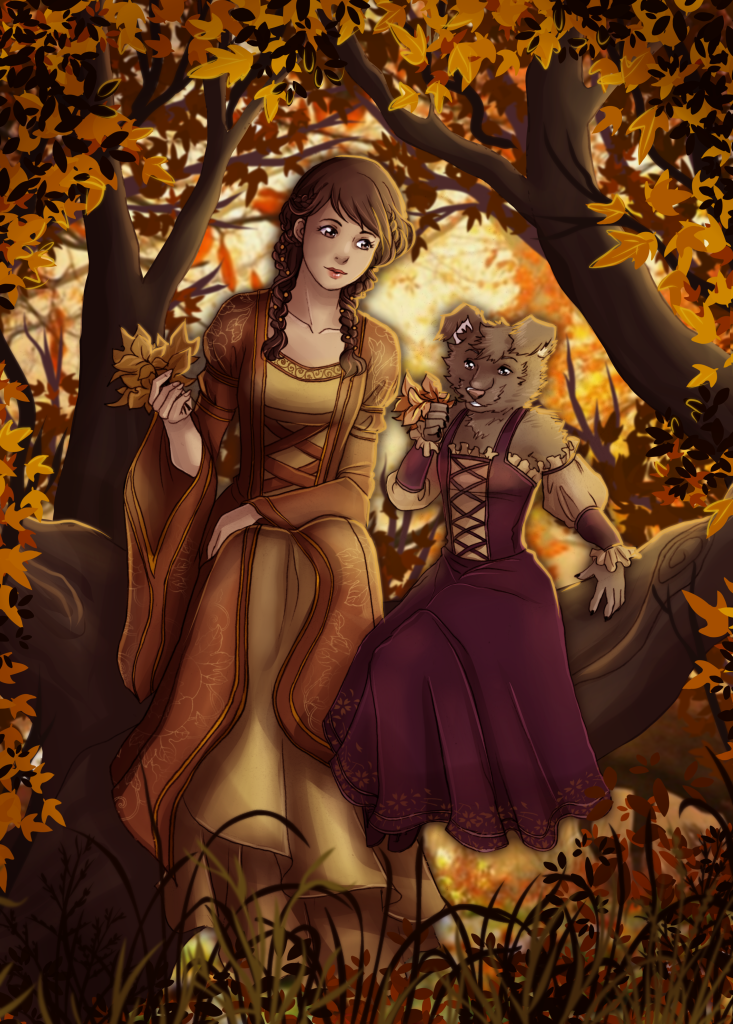 The final version was a lot bolder, and the characters almost seem to pop right off the page.  Kimirra did a really cool job with this variant of the cover.

Our Russian artist also did a second cover for us for a story called Remembered in Gold about a man who wins the lottery and gets more than he bargained for.  Here was the original cover: 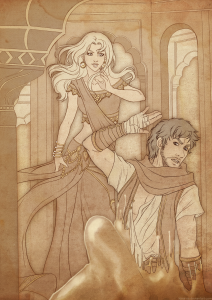 As you can see, the sepia tone leaves you wanting a little bit more again, since you can’t really tell what exactly that goop is at the bottom there.  You also can’t really tell the difference between their garb… Cascadia, the woman in back, should look much more luxurious than our hero. 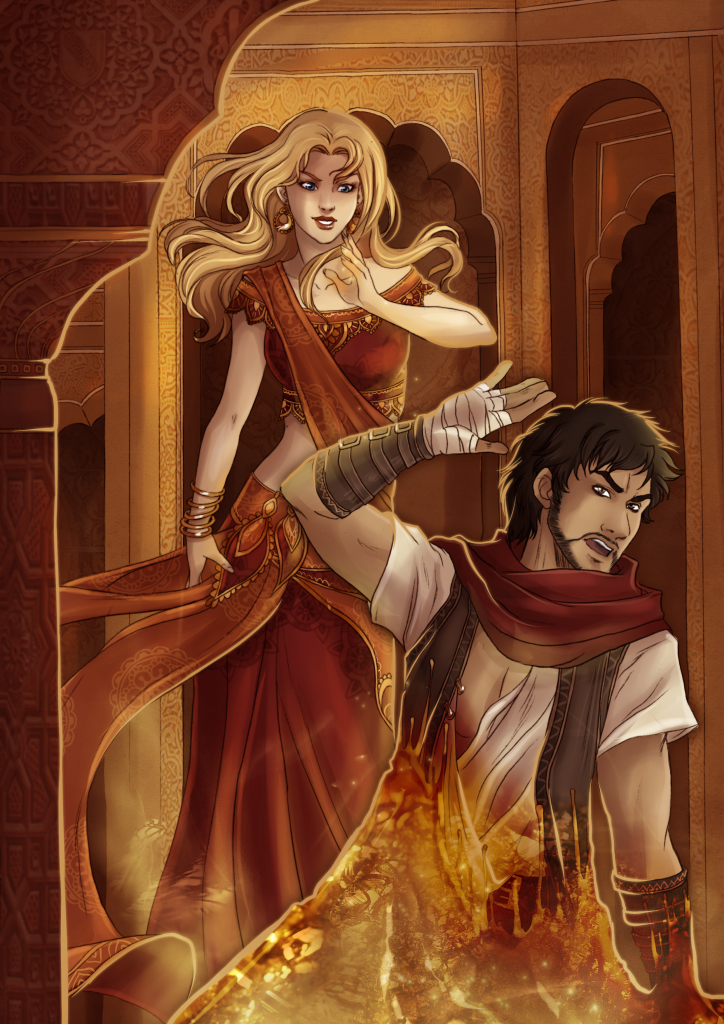 This variant showed the gold a lot better, as well as the difference in their clothing.  It was just a much richer cover, and Kimirra did an awesome job with it.

Hope you like what you saw of Kimirra’s work.  We know we’re happy to have worked with her again!