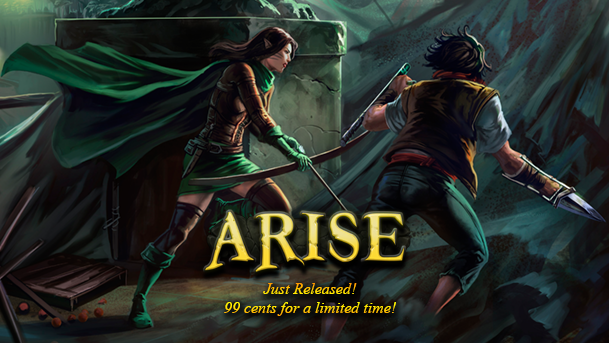 Ladies and gentlemen, the wait has been long, but it’s finally over.  The latest Tellest book has released, and I’m so proud to unleash it on the world.  Arise has been a book that’s roughly two years in the making.  It’s not your typical fantasy book, dealing with more metaphysical and spiritual concepts than you usually see.  I wanted to get it right, and I’m fairly certain I have.

This story follows the Dreamwalker, Maravek, and a cast of characters that contains a mix of characters we’ve met before, and new ones we’re meeting for the first time.  While Awake had Maravek diving into Venathryn’s dream to save her from the nightmares that were plaguing her, Arise follows Maravek into his own dilemma.  When he returns to a city he knows and loves, how can he manage to protect it against a force that overwhelms him so? 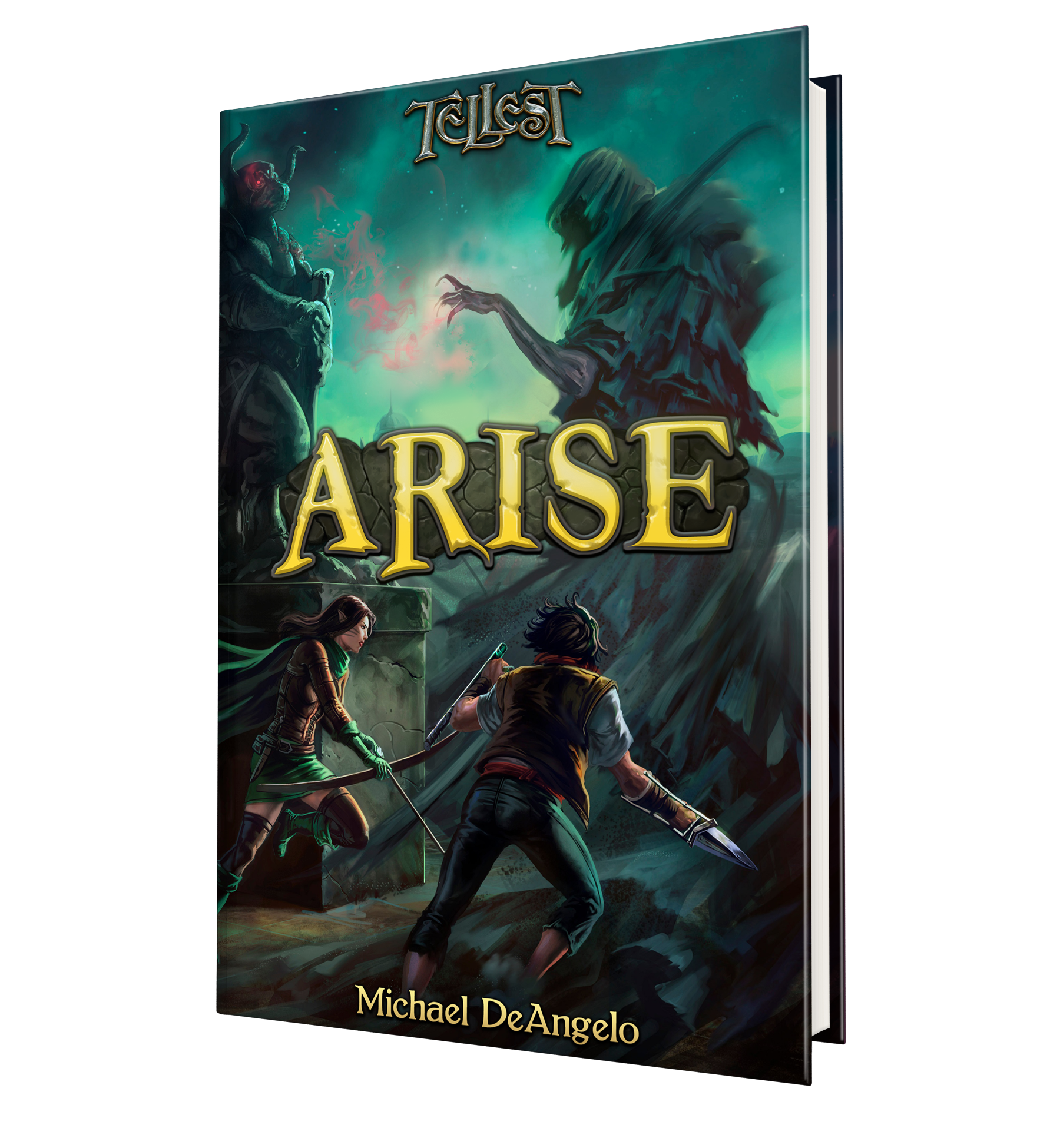 With the elves of Aven’adiel safe behind him, Maravek, the Dreamwalker, looks forward. Together with his new companion, Vandelas, he journeys to the immense city of Versali-Virai, where word of a new nightmare has reached his ears. Citizens are suffering from horrible dreams, if they wake at all.

Maravek’s quest is made more difficult by the investigation of a vigilante named Faradorn, who has his own idea of who is responsible for the ill occurrences in the city.

Old friends and new faces alike reach out to the Dreamwalker for aid, but what does Maravek do when he’s faced with his own nightmare along the way?

I am so excited to get this latest Tellest book out.  It’s been a long time coming, but I’m sure people are going to be excited to read about Maravek and Venathryn again.  I’m also eager to see if there are some new fan favorites that people meet along the way.  It’s always a great time to get a book when it first releases, but I’ve got even more incentive for you: Arise, regularly $2.99, is only 99 cents through Christmas.  Get on this deal fast before it’s gone!  Check out Arise on Amazon today!