Hey there folks!  As you’ll notice, Hozure’s awesome rendition of Venathryn and Narallyndra versus the goblins has fallen off the front page.  That means it’s time for another new piece of art from him!

This time, we’re focusing on his interpretation of one of our other heroines, Alicia Mane, fighting against the beings that would surely fall to her fastest, a horde of undead.

Here, you can see the preparatory steps we took to plan the scene. We knew very well what we were aiming for, and even from the next draft, Hozure crushed it. 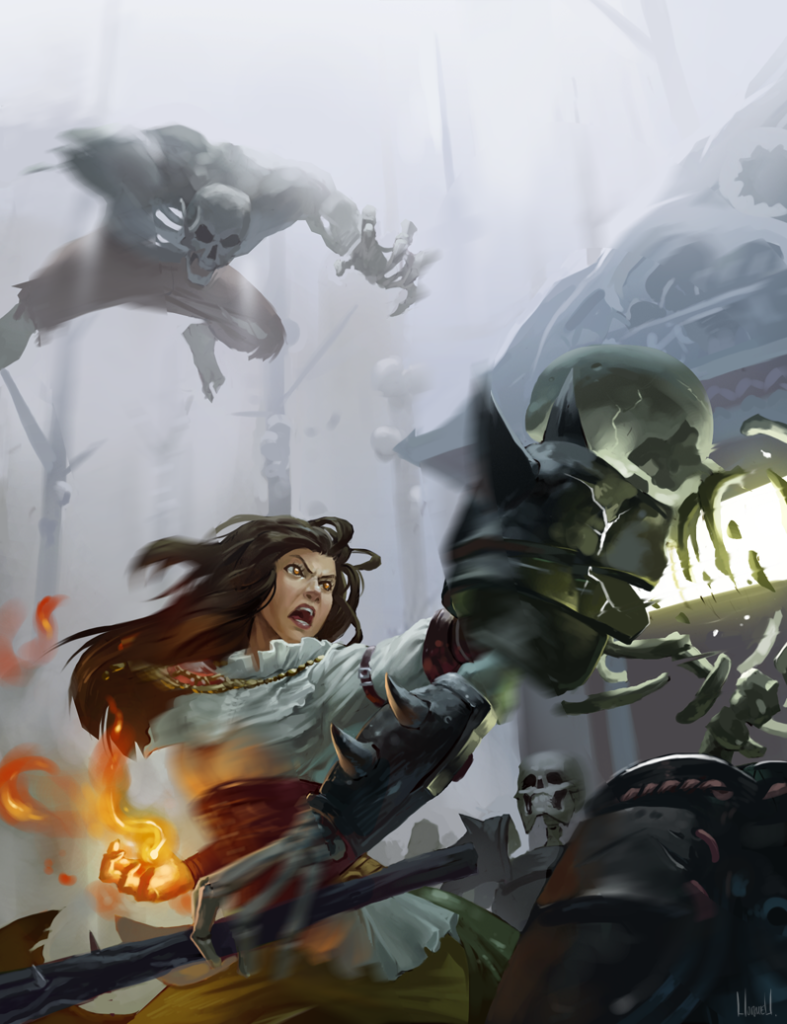 Believe it or not, this is still a work-in-progress.  At this point, it’s like… what!?  There were some more things to keep working on. Alicia has twin powers: fiery magic, and a more clerical set of powers (if this was Final Fantasy, she’d be a red mage).  But we’ve never been able to demonstrate her clerical powers in art form yet.  This is as close as we ever went, but the structure of the scene disguises her left hand, and we don’t quite see that beam of light as one of her spells. 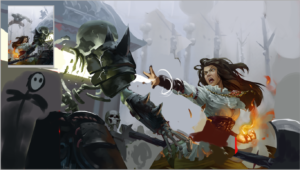 We experimented, then, with pushing the main skeleton back… 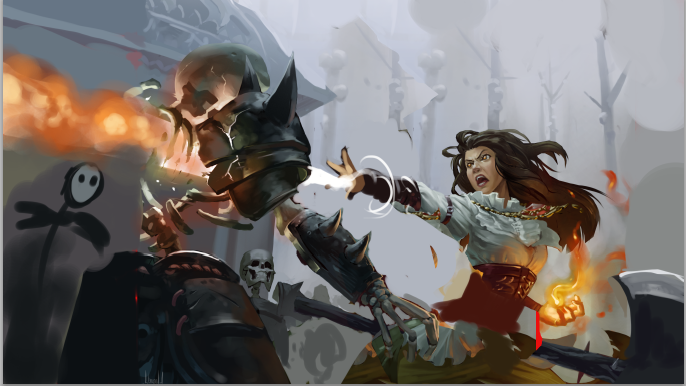 …but even with that extra room, it didn’t quite give us what we were looking for. 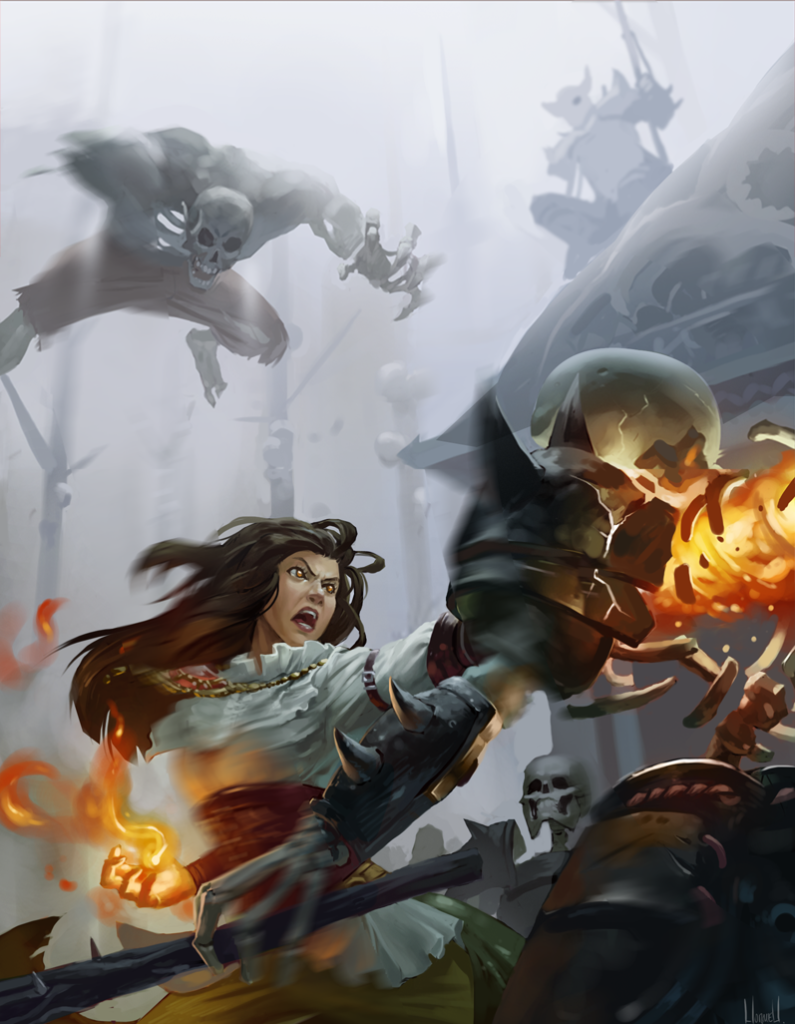 So we changed the beam of holy light into a fire blast instead. Hozure also added another skeleton to the top of the crypt for good measure!

This was the last scene in the set of three that we ended up with. We still have more collaborative work to show off with this fantastic artist, but for now, this is the last “scene” that we’ve done.  We’re hoping to make up for that soon though.  Stay tuned for more from our artists next week!