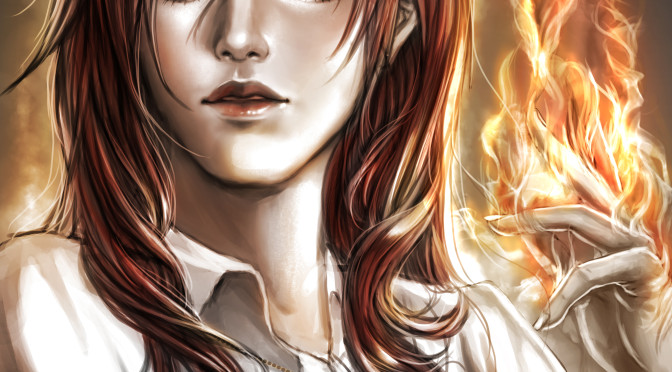 Alicia Mane was born on Nehr 8th, 959.  Her father was a heroic adventurer named Eltan Mane, who was best known for his role in the fall of Roark, the tyrannical undead king of Blacklehn.  Later, Eltan was given permission to begin construction on the city of Atalatha, which evolved to be even bigger than Viscosa, Raleigh’s capitol city.  He took on the title of Duke, governing over the city.

Miss Mane was unfortunately unable to know her mother, Kyra, very well.  During her fifth birthday celebration, Alicia’s mother passed away to illness.  It was during that tragedy that she first met the Kreegans.  The Eltans and the Kreegans developed a brief friendship, despite the difference of their class.

Nearly ten years after the tragedy of her mother’s death, Alicia heard rumors of Michael Kreegan returning to the city.  She attempted to reconcile with him, during an event at the fledgling coliseum, but was unable to find him.  Instead, she intended on meeting him at the inn where she knew he was staying.

When she arrived at the Centurion, Michael had already left for his home.  Instead, she was approached by a band of thugs, who were searching for the winner of the coliseum event.  Finding her instead, they attempted to sexually assault her, and kidnap her for ransom, before they learned of her high stature.  She didn’t let them ruminate on her position for long, however.

Desperately trying to escape, a fire shot forth from her hand.  The Centurion burned to the ground, along with the thugs that attacked her, and the owner of the inn.  She never spoke of her involvement to anyone. 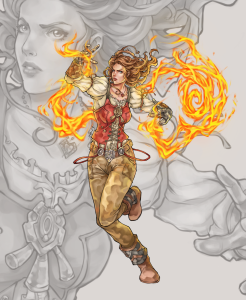 Following the tragedy at the Centurion, Alicia spent a long while trying to forget about the cruel images that plagued her memories.  Much time was spent grooming her to be an aid for her father.  She became a diplomat, traveling to other Raleighn towns when he could not.

She also spent some time within the capitol of Viscosa.  There, she pursued a brief education, specifically trying to figure out more about what had caused the fire to leap from her hands all those years before. 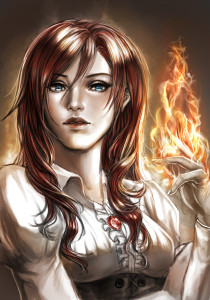