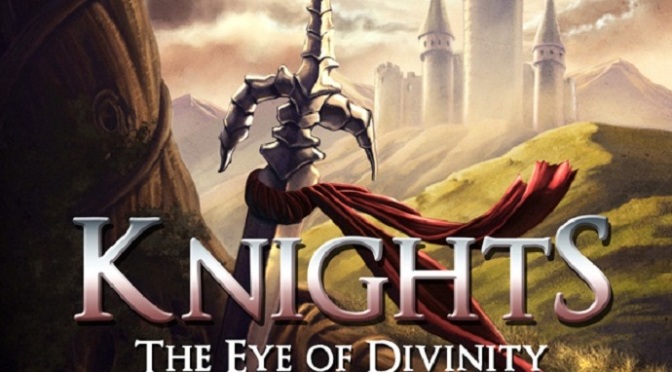 Ladies and gentlemen, it is always my privilege to take a step into Otherworld.  I’ve had the opportunities to speak to many wonderful artists and creators of fantastic worlds, and I am truly blessed to be able to do that.

Today, I step back into Otherworld, not just to arrive in another place, but in another time.  You see, back in 2011, when Tellest was forming, there was another author who was just on my heels, who released a wonderful little coming of age story.  Robert E. Keller is the author of the Knights series, and since he began, he has honed his craft into a world that you simply must read.  Check out our interview below.

Tellest: Your Knights series is a coming of age story that’s not unlike Harry Potter.  The difference I see there is that Lannon, your main character, is growing into martial prowess more than J. K.’s hero.  In that way, it’s almost more like an Arthurian Tale.  Did you take any inspiration from those stories or ones like them?

Robert E. Keller: I hadn’t read Harry Potter or seen the movies when I came up with the idea for Knights. I would say it was definitely inspired more by the Arthurian tales and the Lord of the Rings. I was aware of Harry Potter’s popularity and that it featured a kid at a school for wizards, and that may have had some influence on the way the story unfolds, but certainly not as much as those other influences.

T: How did you come up with the concept of the Eye of Divinity?  It almost seems like a virtuous version of the Eye of Sauron that’s become so symbolic over the years.

REK: An eye, of course, is a powerful mystical symbol. There is the Eye of Providence, for example, which can be found on the dollar bill. And as you mentioned, an eye can also represent evil, as in the Eye of Sauron. So I think it’s a provocative symbol that speaks of things otherworldly, which makes sense in an epic fantasy novel where magic and mystery is the primary focus. But ultimately, calling it the “Eye of Divinity” makes sense because it is mainly a gift of sight (with a few other perks thrown in for good measure) granted by a deity.

T: While your main characters are obviously in the younger, coming-of-age bracket, you also have a few older knights who have really earned their title.  With that in mind, do you think we’d ever see some flashback or prequel material there?

REK: I have received fan mail asking for a prequel about the Dark Watchmen (or warriors who possessed the Eye of Divinity in ancient times). It’s something I want to get around to exploring at some point. However, I have so much material planned for the current series that it could be quite a while before I can take some time to start putting together an outline.

T: You have some other legendary characters, like Tenneth Bard and the Blood Legion, which could really benefit from supplementary works as well.  Do you think we’ll see you dig into that part of the history as well?

REK: I would like to do a book or trilogy about the origin of Tenneth Bard and the Blood Legion, because there are a lot of interesting events surrounding that tale.  Maybe after everything else is done, I’ll start looking into it.

T: You mention that you have a lot of planned material.  How far into the future of the series do you know about?  Is it just a vague vision of things to come, or are you pretty sure you know how everything comes together?

REK: I would say probably at least ten more books spanning two series. While I don’t have solid outlines for everything, I do know how some of the major events will unfold. Of course, books have a way of writing themselves sometimes, so there are always surprises in store that pop into existence on the page.

T: One of the great things about the Knights series is the wonderful locales.  Dremlock Kingdom, the tunnels beneath Old Keep and beyond are all so evocative.  Where did you find inspiration for those places?

REK: I grew up in Northern Michigan surrounded by woods, rivers, and lakes, so a lot of my inspiration came from long walks through the country. Dremlock Kingdom almost seems like it could be set in the Upper Peninsula, with the mines and rocky areas, so there may be some inspiration there. Certainly the Mines of Moria are an inspiration.

T: Are there any other grand environments that you could tell us about that we might see in some of your upcoming work?  Anything you’re particularly fond or proud of?

REK: I would like to include a visit to the great tree city of Borenthia, the home of the Birlotes–if it fits the story of course. While treetop cities are not uncommon in fiction, I think this one is fairly unique and could be something special. Also, there are many strange areas beyond Silverland, and in the current book I’m working on, some of those places will be revealed.

T: You and I had our start with Amazon’s ebook service around the same time, but you’ve had much more success than I did.  What do you think has helped you build popularity, and what could other first time authors do to give them the best start in independent publishing?

REK: If anything helped beyond luck, it might have been my presentation. I think you need good cover art (which might be expensive–mine was) and a good blurb that catches the interest of readers. Reviews are also important, but they tend to accumulate as the book gets read–so you need visibility first. You might have to give away some free copies to attract interest in a series, which could lead to reviews. The first book of my Knights Series is permanently free in all stores in ebook form, which definitely helps readers find my series.

REK: I currently accept fan mail, so readers are free to email me and ask about my books. I try to answer all emails, though there is usually a delay before I can respond. I also have a mailing list that readers can sign up for (on my website) to receive a notice whenever I publish a new book.

Writers wanting to make forward progress should probably go where other writers discuss the business, such as forums and the like. There is a lot of helpful information to be found in such places.

T: Amazon isn’t the only place where your books are available.  Your series makes appearances on Apple, Smashwords and Kobo as well.  Have you had good experiences on all of them?

REK: Having my books widely distributed has allowed me to make a full-time living off writing, though Amazon remains my primary source of income. However, some writers do very well by limiting themselves just to Amazon (which comes with some incentives). You have to figure out what works best for you. So far, I’m quite happy with my decision to distribute widely.

T: Your stories are also available in audio book format.  What has your experience been in that medium so far?

REK: I definitely recommend it, though it can be difficult to get production in motion sometimes. Audio adds a nice bonus to my monthly income, and so far I only have two books available (with a third in the works).

T: Are there any plans to develop the Knights series for other mediums?  Your work would make for wonderful graphic novels.

REK: I don’t have any specific plans right now, but it’s certainly a future possibility. It all comes down to time and schedule. I have a lot of things I want to do, but the question is when will they get done? Just writing the books is a huge, time-consuming chore, but I might slow down a bit at some point and take a look at some other mediums.

I’d like to express my thanks to Robert once again for accepting our chance to reach out to him and conduct this interview.  In a way, we were almost competing at one time, but I’m very happy to see that his writing has taken him so far.  You can check out more about the Knights series and his other tales on his website.