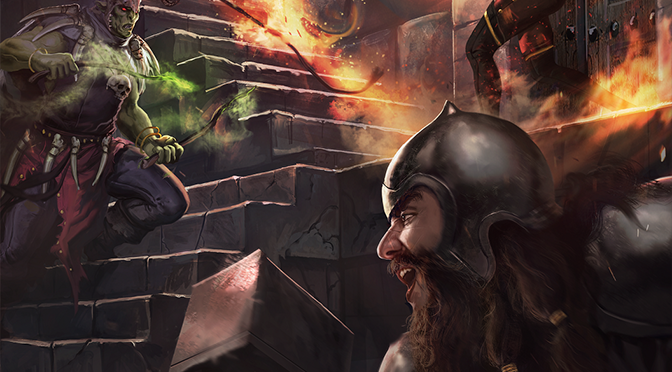 Well, it’s here again.  Another November.  Also known as the craziest month of the year.  I’ve run Kickstarters in November before, and I’ve done NaNoWriMo on two different occasions.

For the Kickstarter, we need to raise $15,000 in order to secure the minimum order from our manufacturer.  It’d be even better if we managed to pull off more than that, because I have so many cool things lined up that I’d love to see if we could hit.

In case you haven’t seen all the KS links plastered all over the site, here’s another one.

On the NaNoWriMo side of things, I’m also still working on Quantum Quest.  This year’s book is going to focus on a novelization for the upcoming game, and we’re including some pretty cool things from the Tellest universe.  One of them is a hero who wasn’t on the front cover of the game box.  When you’re thinking of wibbly wobbly, timey wimey stuff, I know who you’re thinking of.  That’s right.  Rhys Oberon.

That was who you were thinking of.  Right?

Rhys has only had one small starring role so far.  He was the character who set a lot of time traveling shenanigans in motion in Keeper of the Void.  But he’s a huge character in the grand tapestry of Tellest.  I haven’t had a chance to write a follow-up story for him, but I’m definitely going to make attempts to get at least one more short out for him before QQ and its novelization release.

And even if you haven’t realized it, he’s had his hand involved in some of the other events in the Tellest books so far.

For the Quantum Quest book, I need to complete 50,000 words in 30 days.  I’ve pulled it off before, but never with so much else riding on my shoulders.  With two big convention weekends this month, it’s going to be interesting to see if I can pull it off.

Finally, this last goal is more for myself than for my creative passions.  I’m a little too old to be as pudgy as I am.  Rhianna and I found a lifestyle change that’s been working out for us pretty well.  I’d love to drop another 10 lbs by the end of the month.  So that’s it.  The third goal is a little bit of weight loss.

The conventions are certainly not going to help with that.

So that’s it for now, but I’m going to be a little bit more vocal on this site as the Kickstarter and NaNoWriMo go on.  You can actually see a sneak peek of the QQ novelization if you head over to the campaign page.  I think you’ll like what you read!