Howdy folks, and welcome to your next stop on the Otherworld express.  Make sure your seats are in their upright positions, because you’re about to go on a wild, fun ride.  Almost three months ago, we were all introduced to the wonderful musings of the witty Simon Carr with his story, Our Fathers.  He’s back with a new fantasy delight that you won’t soon forget about.  Check out Goblin Queen.

Simon Carr is absolutely bonkers when it comes to his sense of humor, but his storytelling comes together in ways you’ll appreciate.  Goblin Queen, his latest, is filled with satire, jest, and language that would make the queen blush.  In true Simon Carr fashion, the tale with have you in hysterics page after page—you’ll be convinced that Carr is a long lost Monty Python member.  You’ll also cheer for Ran and her goblin friends as she sets off to put her despicable father in his place. 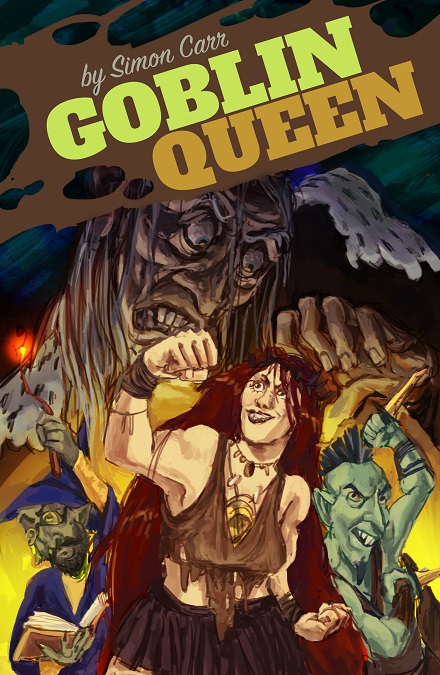 Rejected as a child, Rangalan found family and friends and a home with the goblin folk of the mountains, Now hunted by the man who rejected her, Rangalan’s father, King Longhorn, there’s nothing Rangalan will not do to protect her friends.

That all sounds very serious, it’s not, its actually all rather very silly, utter nonsense if you ask me, read it if you must but dont say I did not warn you.

Simon Carr excels at outlandish scenarios and laugh-out-loud prose.  It wouldn’t be a far throw to believe we might see some of this humor on TV or set up as a radio play.  For now though, it’s a great time to pick up a book you can have a lot of fun with—one you might have a hard time putting down.  After all, Ran and her buddies are going to bash their way into your heart.  Check out Goblin Queen on Amazon today!