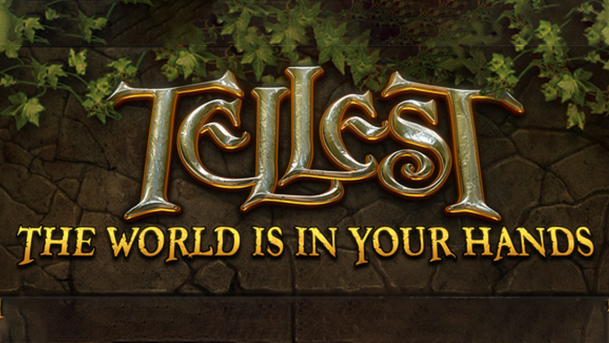 Weather Here or There
A Tale by Rhianna DeAngelo

The sun shone brightly on Cassandra’s face as she gazed up at the brilliant pale blue of the cloudless sky. She made a gesture with her hands to approximate the distance of the sun to the tree line in the distance, then scribbled her findings in a leather-bound book resting on her forearm. She wiped the sweat from her brow as she smiled at her work. The slow thumping sound of horse hooves on the dirt road and the creaking of the carriage behind it broke her concentration.

“Out of the way!” cried the elderly man in undue panic, holding the reins of the lumbering old horse tightly. The horse shook his mane slightly but ignored the gesture. Cassandra wondered if the reins were truly connected to the animal at all.

“Good morning!” said Cassandra, giving a friendly wave from her position in the road.

“Are you insane girl? You’ll be crushed! Whoa, Tabitha. Whoa!” cried the old man in a raspy voice. The old gray horse did not change his pace at all and continued his slow walk forward. Cassandra took a small step to the roadside, and the carriage driver let out a sigh of relief. He was still a good distance away from where she stood.

“Be careful on your travels today sir,” warned Cassandra. “There will surely be snow by nightfall!”

The old man watched her silently for a moment and his carriage crawled past. He let out a breathy laugh, as if clearing dust from his lungs. “What a silly girl! Almost getting crushed by a mighty steed like Tabitha, then this nonsense about snow? It’s hotter than a fire pit, you foolish child.”

Cassandra’s brows furrowed as she looked at the sky, then back to her notes. “But my calculations must be right. I’ve observed all the patterns. The birds returned to the trees precisely two hours early, the sun is a quarter inch too far to the left, and the winds have changed direction three times today! It’s all here in my notes! It will surely snow.”

The old man laughed again, “Can’t hear you, too far away now,” he replied.

She heard him muttering about snow in the Summer as the back wheel of the carriage finally passed by her.  Cassandra’s thought she saw someone peeking out the window of the drawn curtains, but whoever it was quickly ducked down as soon as she spotted them. Dejected, she lightly kicked a rock upon the ground, then looked up at the clear sky, resolved to go into the town of Winthrop and share her findings. But first, she would review her notes, for if she began walking now, she would surely outpace the carriage again in no time.

“Why didn’t I just walk to Winthrop?” Edmon admonished himself while he rocked back and forth in the slow-moving carriage. He tried to use his staff to steady himself, but it did nothing to ease the nausea. He tried desperately to remember any spells that might ease his journey, but his musings were cut short by the sounds of the old driver yelling at someone in the road. Gently pushing the thin curtains aside to see the commotion, all thoughts left his head as he stared at the beautiful brunette standing awkwardly on the roadside. Her warm smile and sun-kissed skin made his heart skip a beat. But as her conversation with the old man continued, her smile faded as she began furiously flipping through the journal in her arms. Only then did Edmon begin listening to their banter.

“Snow? In this heat?” he asked himself, wondering if she might be a simpleton. But peeking out the back of the carriage he could see her, walking a few paces behind, carefully observing her soundings and tapping her pen against her cheek. The smile had not fully returned to her face, but Edmon resolved to put it back where it belonged. He was, after all, a weather wizard.

Cassandra clutched her notes as she ran from the inn. The bellowing laughter of the townsfolk at the tavern could still be heard from within, as their mocking comments rung in her ears. “Hey lady, better find another place to sleep tonight. Based on my calculations watching a squirrel climb a tree…you’re a nut!”

She sniffled slightly as she looked up at the darkening, clear sky. “Maybe I am crazy” she said quietly to herself. Suddenly, a single snowflake floated gently onto her nose. Then another, and another… In moments the ground became dusted in a blanket of white.

Cassandra let out a sigh of wonder, seeing her breath on the suddenly chilled air. “I knew it!” she exclaimed, reaching up her arms and twirling in a circle as the snow billowed around her and throughout the town. The tavern-dwellers soon flocked to the windows in awe at the sudden change.

Now, had the townsfolk looked to the rooftop of the inn, they may have seen Edmon casting small circles with his staff at the sky, smiling down at the girl dancing in the snow beneath him.

And so it was, that night and many others, that Edmon changed the weather according to Cassandra’s miscalculations. The town of Winthrop in the same few weeks suffered a drought, followed by two floods, and a sandstorm. The sandstorm was the most difficult for Edmond, since the beach was still dampened from the prior floods. However, he delivered what he could in order to make Cassandra’s predictions come true. His shy nature made it impossible to come forward and introduce himself, but he knew he must. The townsfolk, it was clear, were growing weary of her constant predictions and observations. Still, Cassandra and Edmon both were making a home for themselves in the quiet seaside town. And he knew, if she were to ever love him as he grew to love her, she would need to know the truth.

Cassandra ran along the beach frantically, peering out at the calm sea and dark, cloud-covered sky, measuring the distance of the rocks from the shoreline with her thumb and pinky. She scribbled in her notebook in a panic.

Edmon approached her carefully, staff in hand and dressed in his finest robes. He cleared his throat behind her. Rather than acknowledging him, she crouched down and picked up a few grains of sand, placing them on her tongue.

“Oh no,” she said, eyes widening in fear as she looked back at the town.

“Pardon me” said Edmon, a bit louder, this time succeeding in getting her attention.

“We all have to leave!” she exclaimed, voice heavy with sorrow.”

Edmon sighed, intent on humoring her. “Why must we leave?”

She flipped through the drawings in her notes. “I’ve been observing the moon and the tides. I’m sure my calculations are correct. A great wave is coming that will surely destroy the town! We must warn the others!”

Edmon sighed and nervously looked at the sand beneath them, rather than meeting her gaze. “There’s no wave. I know, because I am a weather wizard. You see, I happened to see the ridicule you suffered, and wanted to make sure they didn’t mock your predictions. I’ve been changing the weather according to your design.”

Cassandra looked him up and down, conducting minor calculations on his measure of sanity. “Am I to understand you’ve been following me around in secret, making rain, heatwaves, and floods all around the world because I say it must be so?”

Edmon scratched the back of his neck nervously. “No, I’m not that powerful, I just changed the weather in the town of Winthrop.”

Cassandra shook her head in disbelief, then looked back at the sea and again to her notes. She dropped the book in the sand. “Why would you do this to me? To the townspeople?”

Edmon took both her hands in his. “They think you’re brilliant now, and so do I. It’s a beautiful town. We could make a home here. Casandra you just met me but we’re not strangers. I’ve loved you from the moment I saw you. I’m sorry, I just needed to tell you how I’m feeling, so you would understand…”

Cassandra pulled her hands away. “Leave!” She hollered, and walked back to the town, abandoning her notes in the sand while she held back tears of anger and embarrassment. Turning his back to the calm seas, he slowly returned to the town despite her command.

As the skies darkened over the town of Winthrop, the people grew anxious when Cassandra returned in a fit of tears.

“What’s this now, a blizzard? A firestorm? The sky is falling?” asked the disgruntled innkeeper. The townsfolk joined in a chorus of insults, all recounting how their problems began as soon as she arrived.

A large woman shoved her shoulder, as she taunted. “Go on, tell us all-knowing one. What are we in for tonight?”

Cassandra rubbed her shoulder and mustered up the courage to lift her head high. “A wave,” she said. My calculations can’t be wrong this time. You all need to leave.”

The sound of their laughter was interrupted by Edmon frantically running toward them. Cassandra’s book sat in one hand while he held his staff lightly at his side. “Don’t shove her—she’s right!” he yelled, breathing heavily. “A great wave is coming! I saw it rising in the sea!”

As he approached Cassandra, she grabbed her notes from his arms. “It this all you’re doing?” she asked, arching an eyebrow.

He shook his head in reply, still trying to catch his breath. “Not this time. This time, your calculations were right.”

She did not know whether to feel releived or horrified at the declaration. “Then why did you return? I told you to leave.”

He looked deep into her eyes and said, “Cassandra you must know: I’m never gonna leave Winthrop, never gonna let you drown, now I’m gonna save this town, that hurt you.”

Click here to see how they managed to save the town.