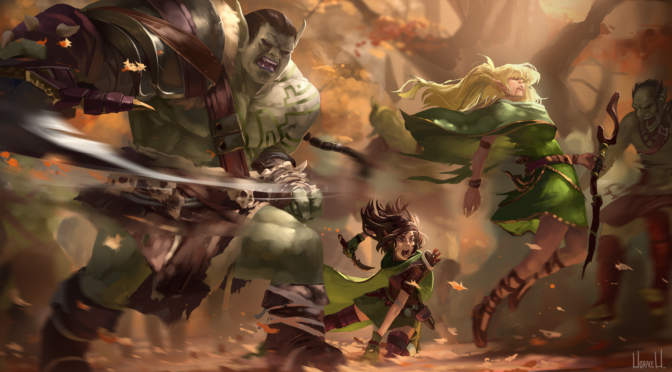 It’s been a couple of weeks, and that means it’s time to bring back an awesome series that we started working on with our friend Hozure. Our first scene collaboration focused on the hero of Son of the Storm, Bolt Thunderfury, as he fought with the harpy lightning-caller, Keilana.

Today, we’re happy to show you another couple of characters from our Tales of Tellest series, with Venathryn and her cousin Narallyndra.

The first thing we started off with, of course, were some choices. The goblins in this piece are highly stylized, and we wanted to make sure that we got everything just right, so we ended up going for the one in the upper left, which actually instills some danger in the scene. 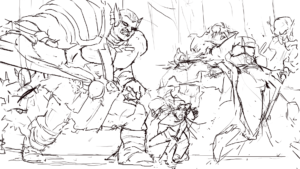 And danger it was.  Here you can see that Narallyndra has been harmed while Venathryn ducks out of the vicious swipe of that massive goblin’s sword. 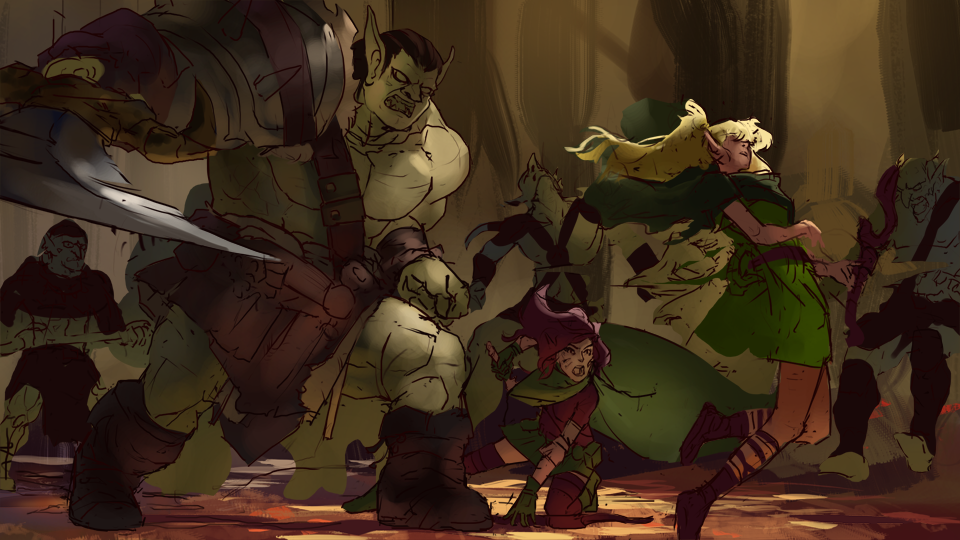 With color in place, you can see that more than just the elf was hurt. The goblin’s allies paid an awful price as well.  You can also see better how fearful Venathryn is for her cousin. 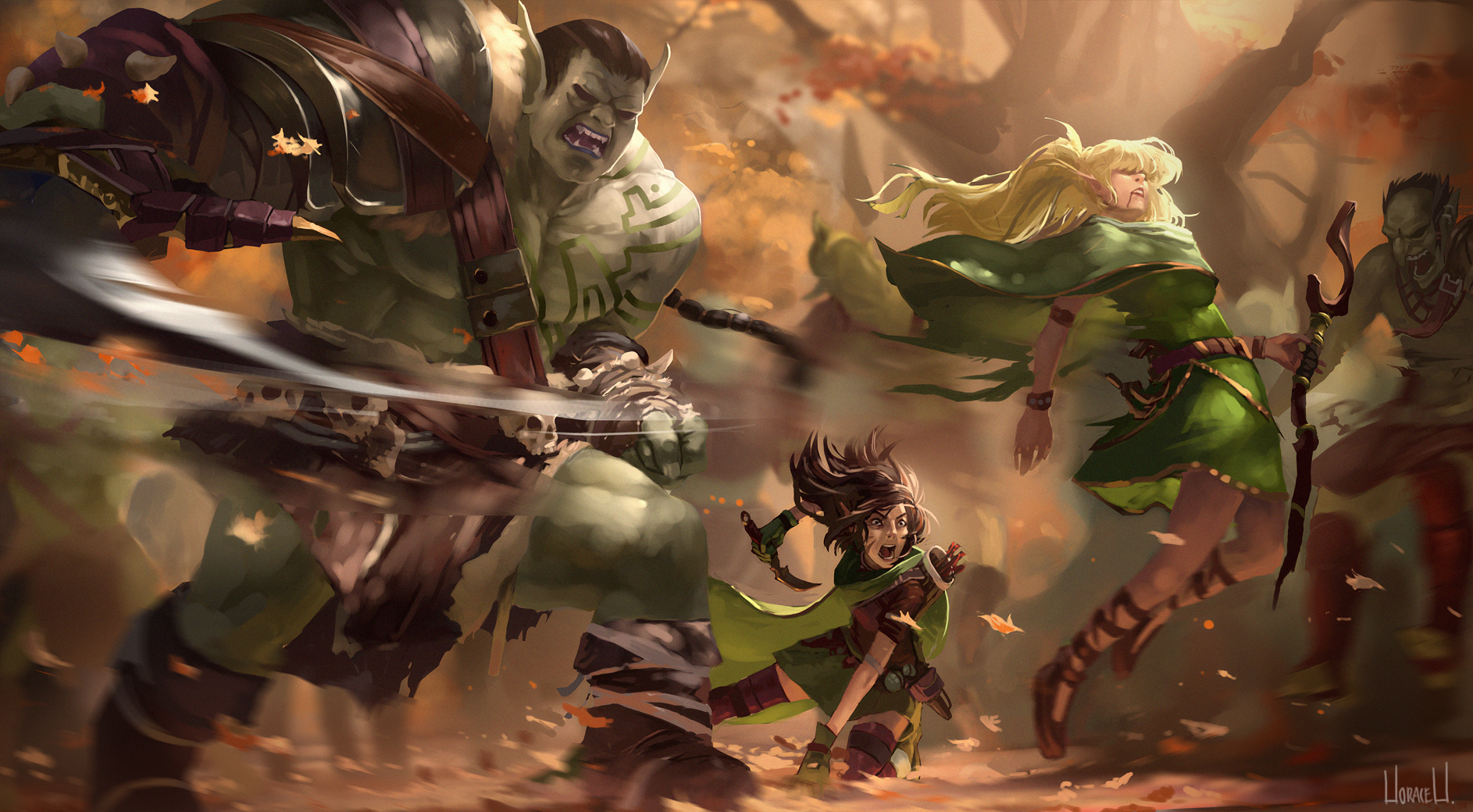 The final piece has a sheen on it that’s incredible.  Hozure made this art come to life, and gave it so much character.  We were all very impressed with this work.

We’re even more excited to let you in on the secret.  There’s still one more VS scene that we commissioned with Hozure, so stay tuned for that one as well!