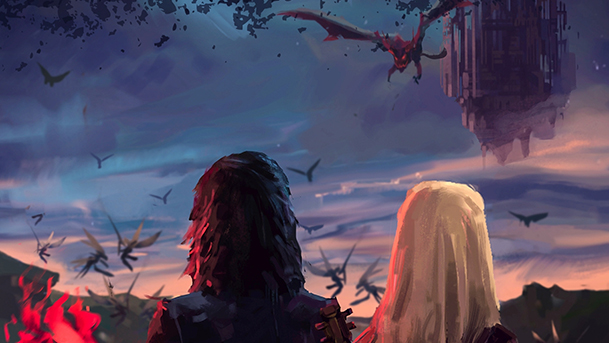 Greetings Otherworld travelers.  We are on an epic journey this week, moving from one world to another in the blink of an eye.  That’s a suitable enough segue into our story for today, which is a portal fantasy that sees its lead character seemingly die in one world, only to open their eyes again in another.  If that sounds interesting to you, read on to learn more about Sky of Shadows.

Just spend a few moments in Tyler Craig Nixon’s debut fantasy, and you’ll see how much he loves the world and the characters that he’s created.  In Sky of Shadows, he takes his lead character on a captivating journey that is akin to Japanese Isekai.  It’s therefore very interesting to see the author’s view on throwing a character into another world at the time of their death. Readers will want to learn more about what happened to the main character, and see how he is going to react to his new environment, and to the people he encounters.  There are plenty of twists and turns that will keep readers enticed, and some big revelations that make the journey worth it. 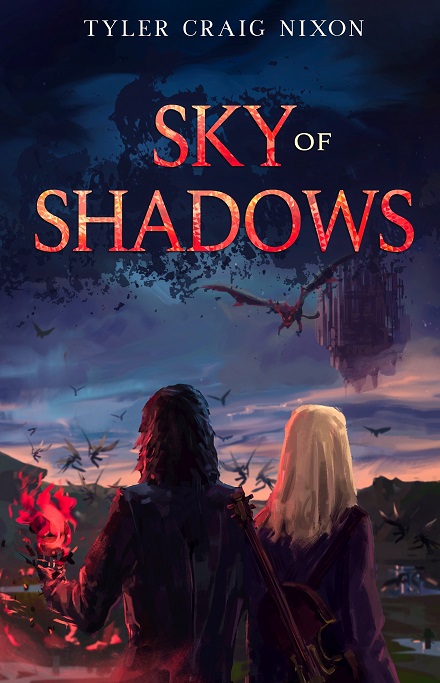 What happens after Death?

Paradise? A New Start? Something? Nothing?

Benjamin Blake, for one, hadn’t expected to wake to the beautiful but possibly crazy girl standing over him.

Tossed from a forgotten life into the path of the dancing violinist Ariana Winters, Ben must race a deadly demonic infection for the truth of his past and the fate of the new world he found himself in.

The road ahead is dangerous, demons lurk in the shadows as his past -and future- threaten to tip the balance between good and evil.

A tale of danger, death, and ancient forces coming together on an epic, exciting, romantic adventure.

Nixon has been writing this tale since he was seventeen, and has been refining it ever since.  Because of his passion for this project, Sky of Shadows is gripping in some places, and mysterious in others, and it encourages readers to race through the story and find all the last revelations that can be found by the last page.  The story could satisfy well enough as self-contained, but Nixon leaves the door open for more, with a sequel planned for next year.  With that in mind, there’s no better time than now to familiarize yourself with this tale.  Check out Sky of Shadows on Amazon today!

One thought on “Urban Fantasy Promo – Sky of Shadows”