Howdy!  It’s a new day, and we’re now going to be looking at a continent that spans two islands far to the northwest of Draconis.  Mistfall is a bit of an untrodden island, as far as the stories I’ve created go, but thankfully, because of Quantum Quest, we know of at least three people who live there, so that’s given us a general idea of some stories that we could tell there.

The first map that we look at shows us everything with an overlay.  The eastern side of the eastern island is not under any specific control, but the western side is run by two countries, Mevia and Lorvis.  Now, Mevia I don’t know too much about yet, but Lorvis has a couple of notable cities, like Radzryn, which is a goblin-run port city for the “evil” races of Tellest, like goblins, gnolls, lagano, gremlins and trolls, as well as the Black Lantern, which is a pirate city that’s open to many races, as long as you’re of the unscrupulous type. 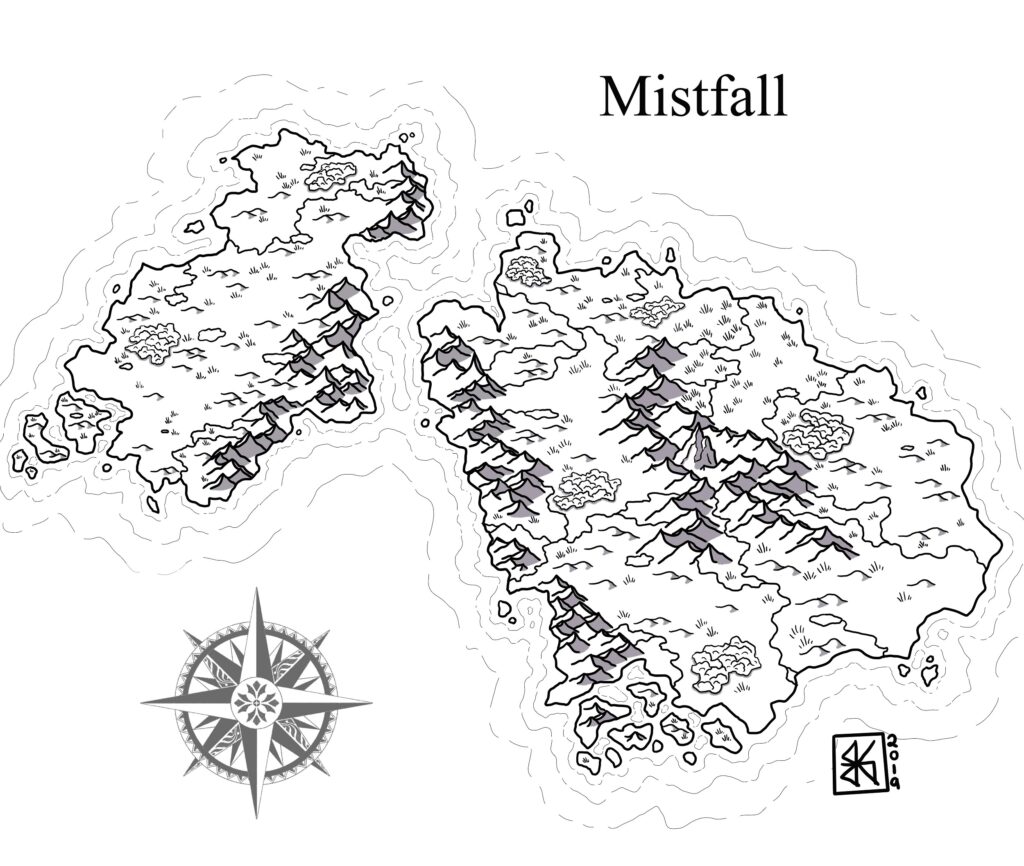 On the western side of the sea, we have one city that I’m aware of so far: Glisgin, which belongs to the gremlins of the central area.  There’s not a lot I know about that area yet, but I know we’ve got a couple of gremlins from Quantum Quest who are from there, so we at least have a baseline to go with! 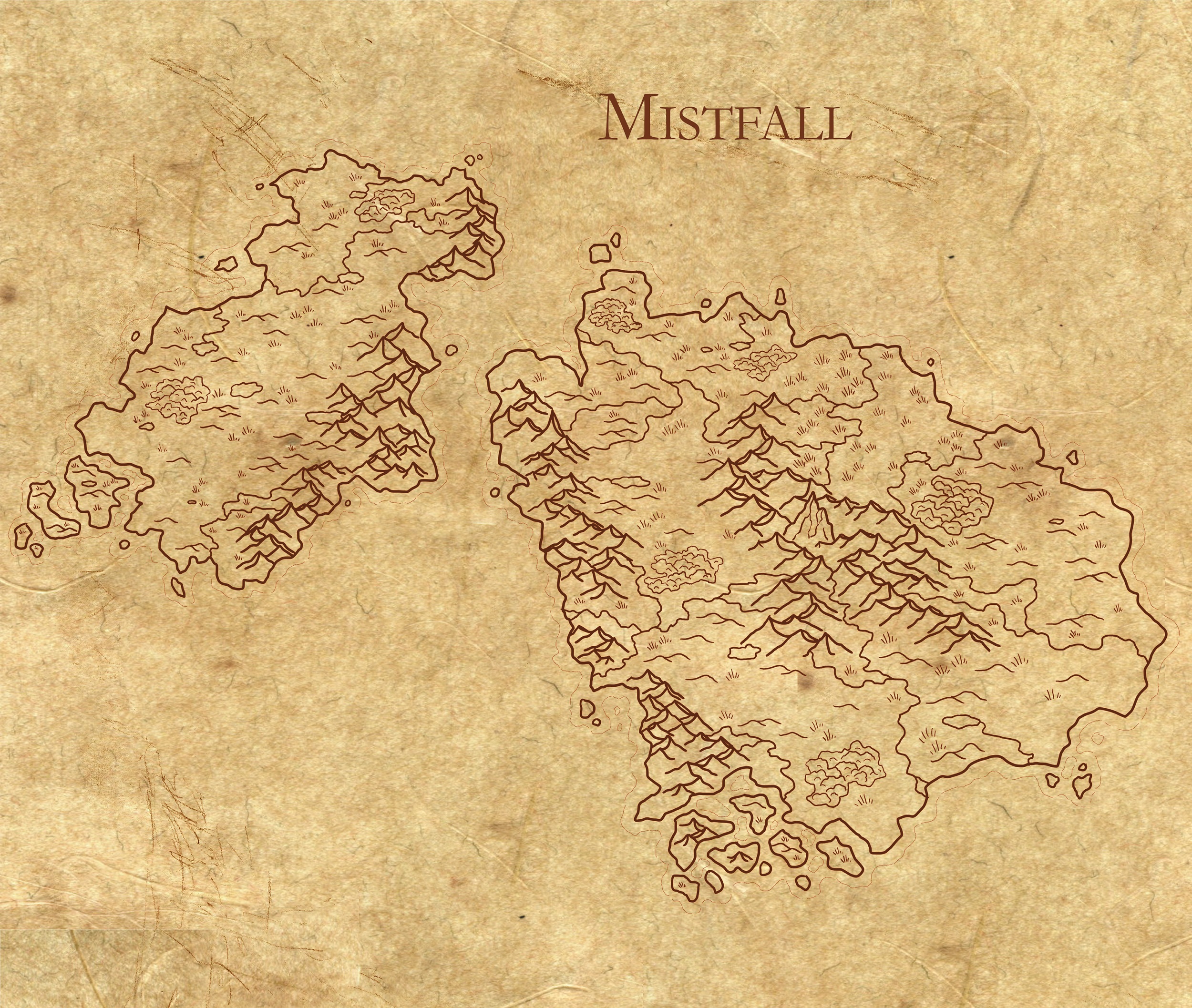 And here we have the parchment version of the map, which I personally think looks awesome.  It’ll be a great little tool for my D&D sessions, if my players ever need to go head off in that direction.  Speaking of which, how about we peel back the curtain on the Tellest D&D stuff a little bit?  We haven’t done much playing over the last year, thanks to COVID (and how easily distracted my players are when they’re not in person), but we were doing some nice work with them back in the day.  I’ve got some cool stuff that I’ll be able to show off over the next few weeks, so stay tuned!