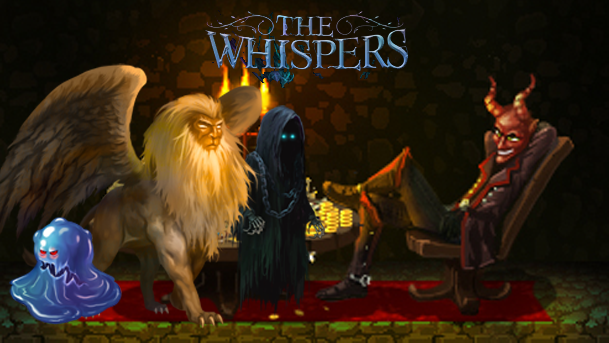 Phew, it has been a long time since we’ve had one of these!  I think it’s important that you know what’s going on here at Tellest though, and believe me, it’s a lot.  Strap in and get ready to hear about all the crazy things we’ve done since our last one of these features!

Back in October of 2017 (really!), Silver Serpent hadn’t even been released, and since then, we’ve had a handful of other books come down the pipe.  Quantum Quest wasn’t out yet, and we hadn’t even started the first Kickstarter for it.  Since then, though, we have seen a lot of momentum on a lot of different battlefronts.

Tellest Legends and Beyond 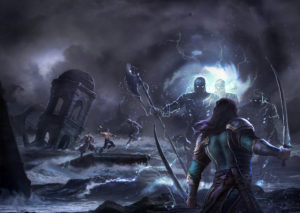 We’re nearing the end of this beautiful, long-gestating project.  I’m so close that I can almost sense the impending doom of when I have no more books I’m “committed” to writing!  I kid, of course.  While The Maelstrom is the end of a new era of Tellest books (Tales of Tellest, Volume 2 not withstanding), I’m excited to wrap up this second phase of novels.  This was the biggest commitment that I’ve ever made for Tellest, and I’m happy that I’ve been able to show people that it can be done!  I’m going to be even more careful about it next time though, because as we know, my writing process is a little on the slow side.  My game plan for the next big “set” of books is to have more of the books done prior to running an event like a Kickstarter.  While I’m incredibly blessed that people have been so patient, it also kills me that I can’t be as quick with the stories as I want to be.

That’s not to say that there won’t be little one-offs here and there to shake things up while we wait.  As you know, there are little secret side projects that I’m always working on, and they’ll fluff up my library over the long spans between those big releases.  Speaking of… 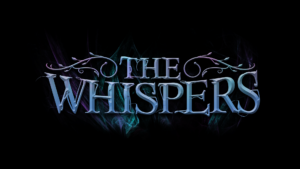 Back in June, I began the process of starting a new project that honestly has been very interesting to try and adjust to.  The Whispers is a story that has a life of its own—it’s what I’m calling an interactive novel, because the story doesn’t quite write itself, but needs the input of other people, in this case the readers.  This month we wrapped up the third chapter, and gave the story’s protagonist, Declan, his third set of choices.  I know a lot of the beats, but I’m being surprised in more ways than one about how we’re getting to where I expect to go.  Because of the structure of the tale, I have to be aware of more than just the linear path.  It’s strange and exciting, and knowing that the way that I expect to go could be the “wrong” way gives me a detour that I have to adjust to on the fly, but it’s actually been really fun putting it together.  I thought more people would have voted the opposite way as they did in the first chapter, and I’m excited every time I wrap up a chapter, to see what choices come next.  If all goes well, the story will go on for quite a while, and when it’s done, we’ll have a book to publish with a lot of acknowledgements inside!

Tellest Visions & Art from the World of Tellest 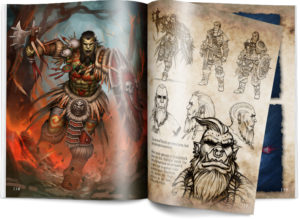 Also back in June, I finally put something really awesome together that I’ve been dreaming of doing for a while.  Tellest now has an official artbook, which chronicles the Tales of Tellest and Tellest Legends.  Believe it or not, we only barely scratched the surface of all the art we’ve amassed over the years, and if things keep going the way they are we’ll have a second book before we know it.  Tellest Legends collects more than 100 beautiful pages of artwork from so many of the great artists we’ve collaborated with, and you can get your signed copy right through the Tellest website.

Just as important as where we’ve been is where we’re going, and I can tell you that you’re in for another fantastic year of art through the end of 2020.  We’ve got new artists, new art styles, some old favorites returning for new sets of art, and more.  As we continue to perform well with all that we offer, we’ll attempt to surprise you in even more ways! 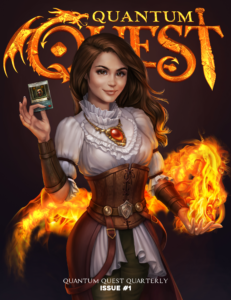 I didn’t realize just how much content we’ve put into Quantum Quest until I wrote out that header.  We’ve got a lot of love for this spinoff, it seems, and it should show based on how much we’ve done for it, and how much its expanded.  This is the piece I’ll probably spend the most time talking about, since we have so much coming out (or that has already come out).  First and foremost, hey, we released a tabletop game!  Within months of our last “State of Tellest” feature, we officially released Quantum Quest: The Living Dungeon, and it has gone on to be a hub for other projects that we’ve worked on over the two years since.

First, let’s talk about the Kickstarter that brought our game to life.  We missed our mark on the original Kickstarter, which would have allowed us to have the game printed overseas for a much better price.  From there we would have had to figure out distribution and storage and things of that nature, so it might have been a good thing that it didn’t work out quite like we anticipated.  A Kickstarter with a smaller goal several months later meant that we were able to have a domestic print run which completely blew up and did beyond what we needed.  That was fantastic, and we’re so blessed to have such awesome fans that helped us make that a reality.  All of our games were delivered and it sounds like people had a lot of fun, and we’re still adding value to that in a lot of different ways.

At the front of the pack, a few months ago we released a supplemental magazine for Quantum Quest that told our story, including the new projects we were working on, tips and tricks, and even a short story that will be exclusive to that magazine until Tales of Tellest Volume Two comes out.

Let’s talk about the other projects that are coming down the pipeline though.  We’ve been talking about Reinforcements, the first expansion for Quantum Quest, since the first Kickstarter came out.  And it’s remarkably close to being done.  In fact, the only thing we have left to do for it is continue balancing and tweaking to make sure it is as tight as it can be.  Although, to be fair, we’ll also probably get together a few more cards to do a special Kickstarter and Convention exclusive like we do for the original box.

The project that’s coming out before that, though, is one that we’ve been working very hard on for the past few months.  Quantum Quest: Merge Dungeon is a game that’s got the specifics in the name.  The objective is to merge monsters for the dungeon master.  In doing so, you make them stronger, and more valuable to the Living Dungeon.  Originally, it was a game that strictly adhered to the merges, and the need to see what monster you were creating next, but it evolved to also include a pretty cool arena, where you’ll see the adventurers from the card game, done up in an entirely new style—yet still with Sergei at the artistic helm.  We’re also adding awesome support in the form of our programmer, Jordan Hoover, and our composer, Dakota Pawlak.  We’re so close to putting together an open beta where people can actually play the game on their own computer, and give us feedback as to how to make the game play better, and what else they’d like to see.  We’re aiming for a late 2019 or early 2020 launch, depending on how things go, so keep your eyes peeled. 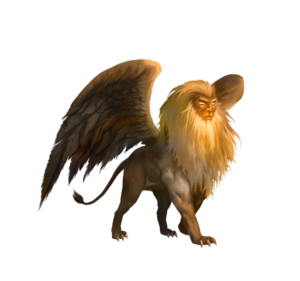 We’ve got even more potential Quantum Quest video game stuff coming down the line, too.  In addition to Merge Dungeon, there’s another project that we’re working on that we’re incredibly excited about.  It’s still in the very early stages, but we’ll be giving news on that before you know it.

Finally, we’re not far off from one last piece of bonus content from the Kickstarter we ran, and it’s going to be going out to backers from our Quantum Quest and Tellest Legends campaigns.  Quantum Quest is getting its own novelization, and I’m so close to the end of that story that I can almost taste it.  It’s surprisingly deep for the novelization of a tabletop game, and it leaves tons of room for intriguing questions and as yet unanswered mysteries.

That will wrap things up for now, but as you’re always aware, I’m constantly trying to explore new things for Tellest.  We’ve done so much already, but by this time next year, maybe we’ll be offering up some brand new ways to experience the world of Tellest.  Make sure to check back weekly for new art, and monthly for a new chapter from The Whispers!