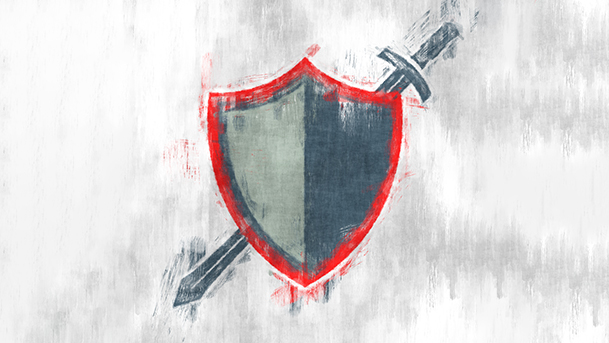 Howdy travelers!  Once again, we’ve done our three week gap between sigils, so we’re back again to show you another place in the Tellest universe, and the sigil that’s associated with it.  We’ve mentioned the Knights of Gardone a couple of times throughout the years.  They were initially mentioned in Mageborn, as we met former knight Edric, a friend of Gaston’s.  Then, in Heart of the Forest, we were introduced to Luther, a knight of the order who was transitioning from Gardone to the Crypt of the Kalistrazi.  One last member of the group that we’re aware of is Benton Kearst, who has been in a Tellest short story, as well as Quantum Quest (and we have more plans for him in the future as well).

Gardone is known primarily because of it’s knights.  They’re essentially protectors of the realm, and their influence spreads across Daltain.  They’re often called the White Knights (completely oblivious to the way we use it here on Earth, mind you).  As such, it makes sense for the field of their sigil to be that blinding white color.  They also have a shield with a red border, and varying shades of grey, which also shows on their sword as well. 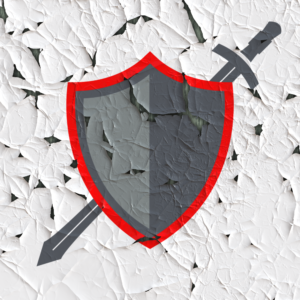 Gardone does a lot with stone structures.  They’ve got towers, forts, castles, and more across the Daltainian landscape.  Some of that was made recently, and some of it was reclaimed from old fortifications.  As such, some of their old sigils are going to show some wear and tear.  It just goes to show that they have a very storied history in Tellest and Draconis, and that they help where they can.  More of their thought and care is put toward assisting others than keeping up with old masonry, so perhaps they should shift their focus from time to time. 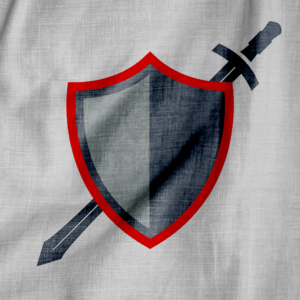 Gardone’s influence mostly sticks to dry land, so it would be a bit unusual to find a good amount of banners flying atop their masts.  But, as mentioned before, they have a ton of fortifications up throughout the country.  There are flags and banners and tapestries that you would certainly see here and there.  There have also been several cases over the years where Gardone’s knights have served as special mercenaries for merchants and other caravans, including for royalty from Daltain and even Raleigh.  They have their own special vehicles that they bring with them in those cases, and they would show the banners off there as well.

Below, you’ll see the painted version of the sigil, which I’m hoping we’ll see more of as we continue to tell Tellest’s grand story.  Since Gardone has such influence, and we’ve seen several of their characters thus far, it would make sense that we would see them before long, and that they’d have a bigger role to play in the world.  It’s likely that as their numbers grow, they’d see the painted version of their sigil show up more often, especially considering they provide a positive outlook for even those without powers. 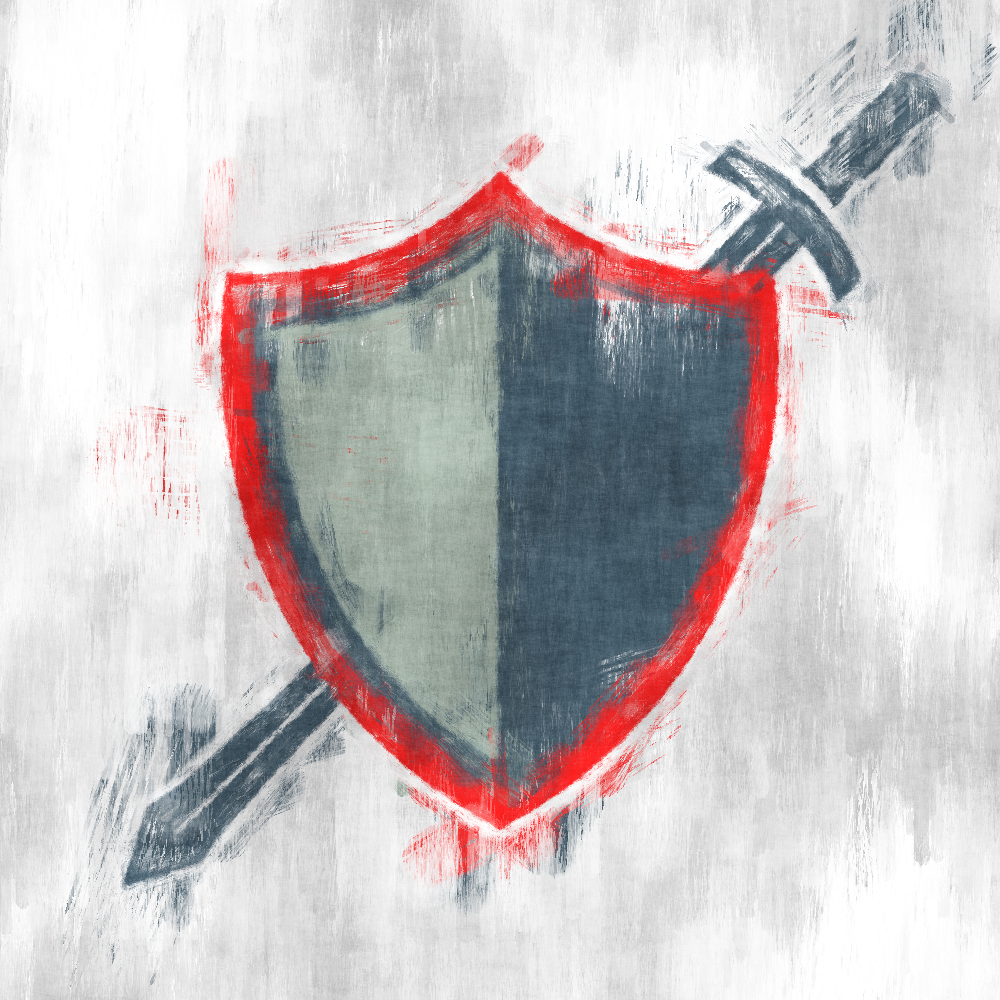 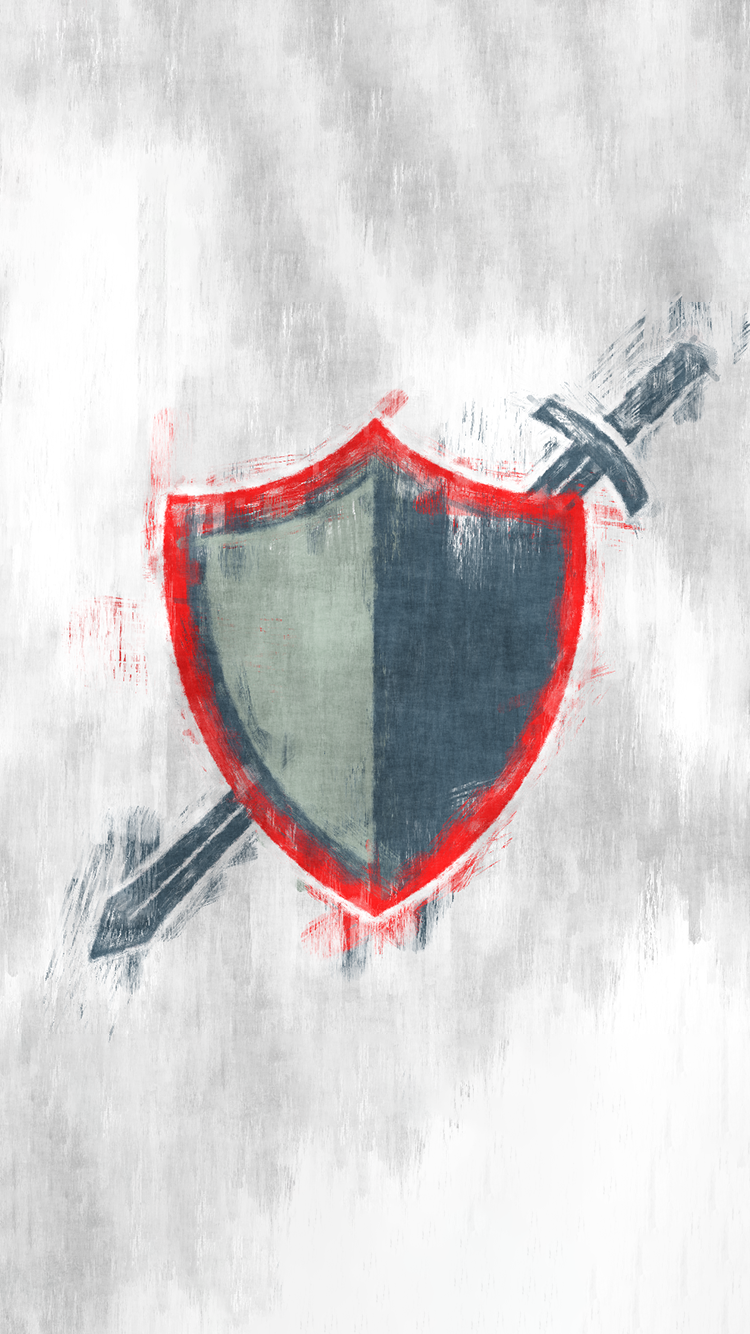 As I mentioned before, Gardone has a part to play in the grand tapestry, and we’re likely to see Benton a bit more in some future stories.  We know that he ended up with his group of misfit adventurers, but how did he find his way there, and what happened beforehand?  That will be exciting to see, going forward.

We’re back on track to start looking at actual cities again over the next few sigil posts.  I hope you enjoyed seeing this one that was a little more militaristic.  We’re going to be taking next week off on Wednesday, but we’ll be bringing you a Halloween post on Monday, so stay tuned!