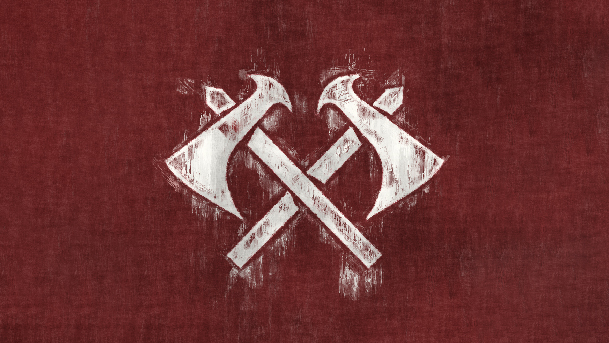 Greetings travelers.  We are back once again with a look at one of the sigils of Tellest, this time going to one that’s big enough to be called a capital, though we have yet to set foot in it.  We’ve still got a ton of other ones on the way, but our focus is on a race we haven’t spent nearly enough time with yet: minotaurs.

Caledos is northwest of Viscosa and Forsynthia by way of a river that feeds into the Spirit River.  The minotaurs there mostly keep to themselves, as evidenced by the lack of any story taking place on Draconis with minotaurs.  In fact, to the best of my knowledge, the only place that we have minotaurs taking center stage in a story outside of Quantum Quest (and even there, I don’t think we have any in the novelization), is Searchlight.  Seriously, what is my problem with minotaurs?  I’m going to have to make up for this soon, for sure. 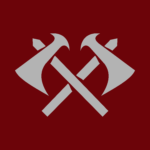 The proud warriors of Caledos put their warrior spirit on display with a pair of crossed axes.  A good deal of the people who live in Caledos are descendants of the refugees from Minoa, the minotaur island that was sank.  As such, they have the will of survivors, and are not to be trifled with.  They’ve worked hard for their home, and they will do whatever it takes to see it protected.  It helps that they’ve made allies of many of the goodly races in the area, including the humans, gnomes, and dwarves of nearby Hillheim. 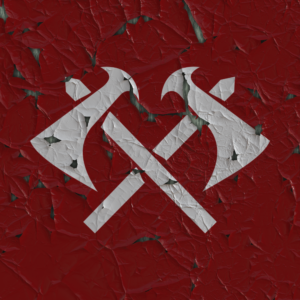 As Minoa sank long, long ago, it would stand to reason that some of the buildings within Caledos are exceptionally old.  With that in mind, it wouldn’t be all that unheard of to see some chipped versions of their sigil here and there.  That said, there is a certain humility to some of their capital.  While the exterior of the capital keeps growing into something worthy of the age they are in, the centermost section of the city retains its old-world feel, and looks almost one with Tellest in some ways. 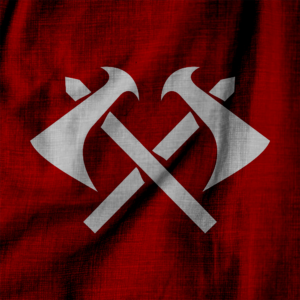 As a people who keep to themselves, the minotaurs of Caledos will typically not extend their hands too far in trade.  Instead, they have a tremendous defensive posture, building up protective elements of their city.  It’s there, however, that they would hang the banners you would see above, giving praise to the gods for their prosperity.

Below, you’ll see the painted version of the sigil, which would likely be used more often than the banners.  Fabric could be used for many other things, but the minotaurs might see paint as a means to connect with one another, especially as they would use it for the sake of battle.  As travelers would draw closer to Caledos, they’d likely see the painted motif on markers, letting visitors to the region know they were being watched. 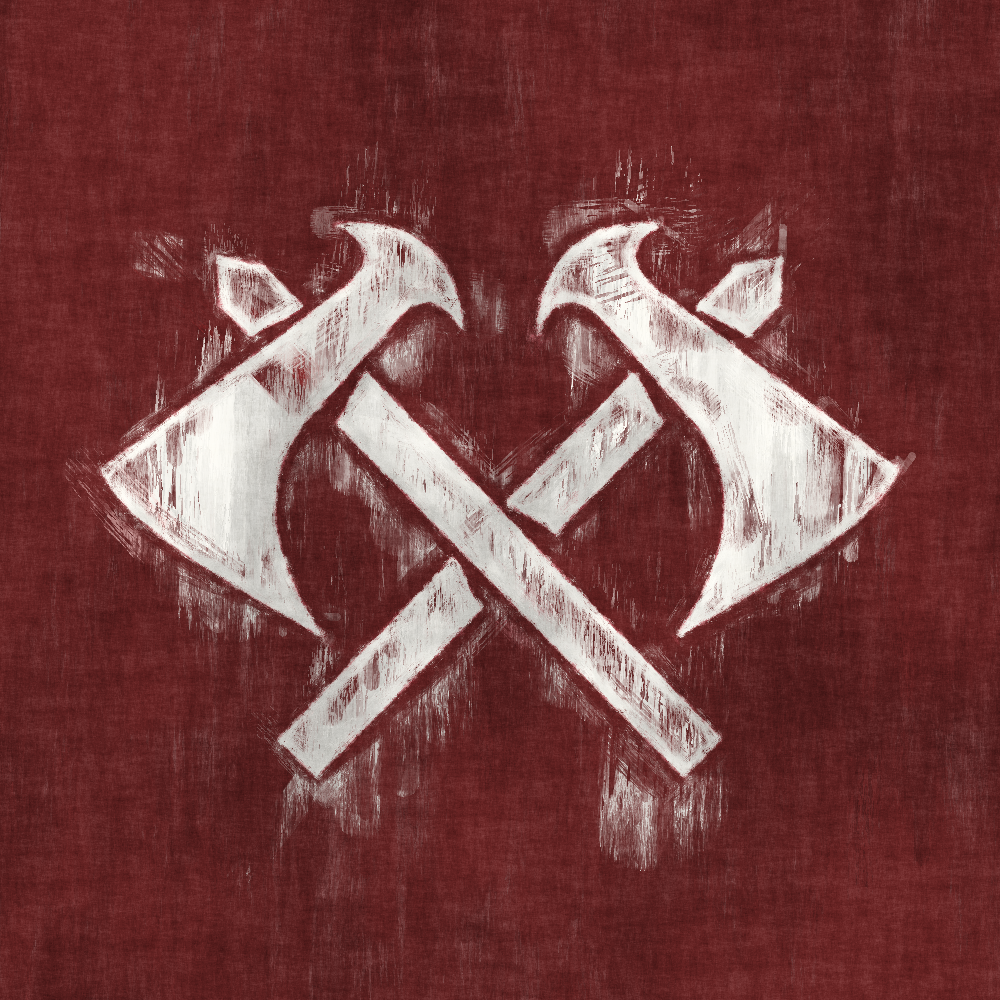 And as always, we have the phone background version of the sigil below. 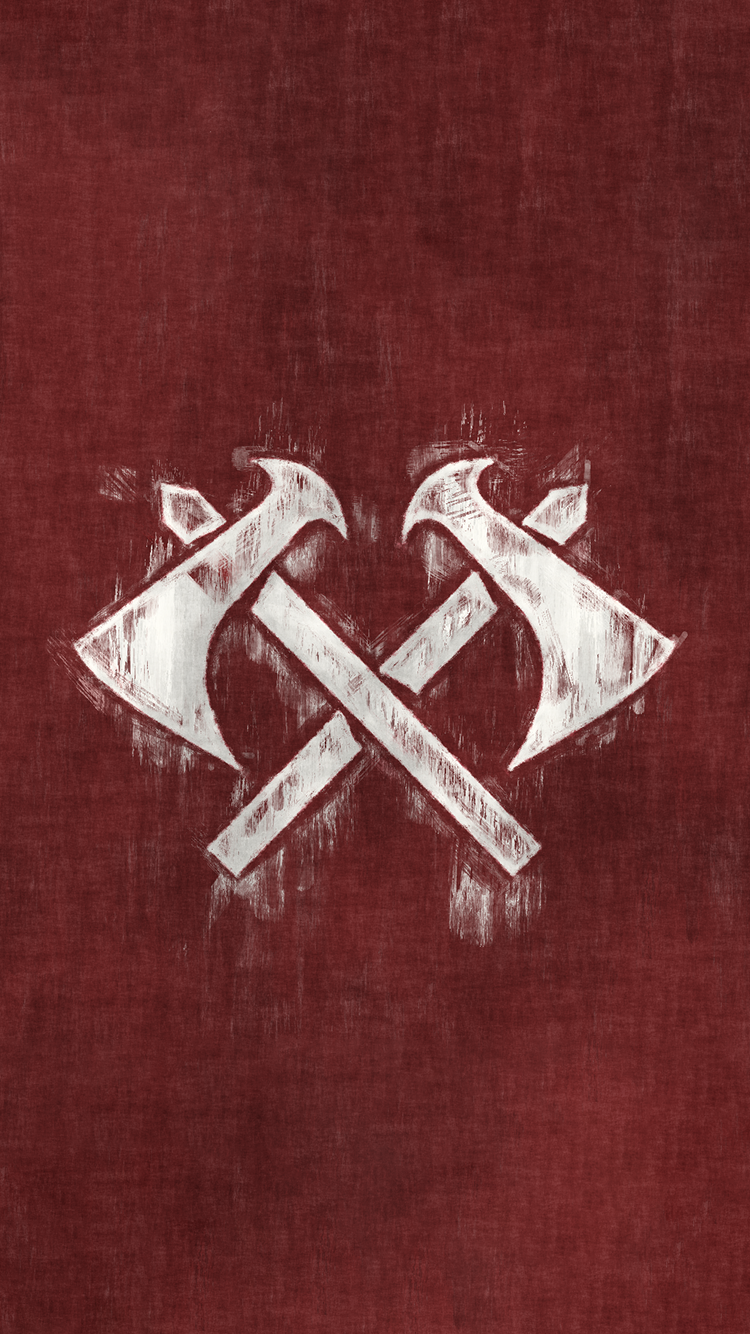 I have done the minotaurs of Tellest dirty, and I’m certainly going to have to make up for it.  It’s only fair, as we march toward the first big collective story that we see a bit more about how this sort of world can function with all the races present in it.  It won’t be long before I make amends, but in the meantime, I hope you enjoyed this glance at Caledos.

We’ll be back in a couple of weeks with a new look at a city we did spend time in before, but which has taken on a whole new purpose.  Stay tuned!