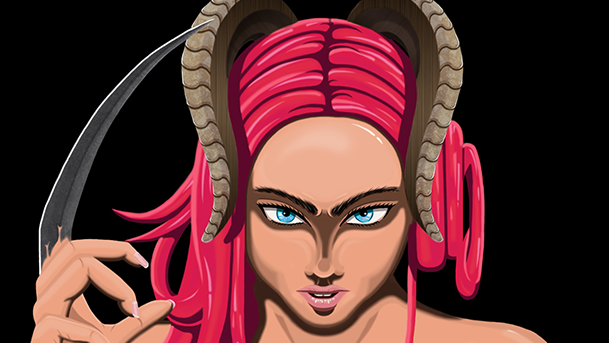 Howdy folks.  It’s been a quiet week so far for Tellest and the Otherworld here, but I’ve been playing in a different version of the Otherworld over at our sister site, That’s Entertainment.  While we tend to focus only on Fantasy, Science Fiction and Horror here at Tellest, That’s Entertainment is down to promote any sort of sponsor (and that goes beyond books, too).  We’re back to the Tellest Otherworld for the rest of the week though, but even so, we’re stepping into somewhat unfamiliar territory today with a great book that can only be found on Kobo for the moment.  Read on to learn more about Dark Dreams: The Mym Trilogy Book One.

It’s sometimes a delicate balance to mix elements of fantasy and science fiction, yet that is exactly what author Layne Smith does with his debut fantasy, Dark Dreams: The Mym Trilogy Book One.  And, true to its name, it also props itself up on occasion darker bits of subject matter, though it never sacrifices quality in doing so.  Fittingly, Dark Dreams feels otherworldly, as though it comes forth from everywhere and nowhere, displaced in time in the most interesting of ways.  It’s biology by way of magic in some ways, and it is handled deftly by the author.

In the dirty, deserted sands of the Deadpan Flats, lies Ashfallei, a lone-standing city staring out at a horizon with no end, but an end is exactly where Elcyra finds her future heading when the city is attacked. As one of the Mym, a man-made creation of war, she finds herself caught between her own call to freedom, and those to save the city and the people that so despise her. However, her search for clues leads her to believe that Ashfallei’s ruler, the Patriarch, is not quite as unaware of their enemy as he feigns. The truth becomes an errant pattern as Elcyra seeks the lies between the lines, only to realize she has to cross them, blades in tow, to reveal the real darkness hiding within.

For those who love their stories to be loaded with plenty of lore, Smith’s Ashfallei introduces you to a city chock full of it, and it feels lived-in and rich.  Everything seems as though it was buried under the sands and excavated rather than cast about on the spot.  The author also excels at delectable dialog, and colorful language, even if they’re punctuated in darker hues.  In any case, readers who are interested in a darker tale that’s swimming in otherworldly beauty would do well not to skip this one!  Check out Dark Dreams: The Mym Trilogy Book One, on Kobo today!