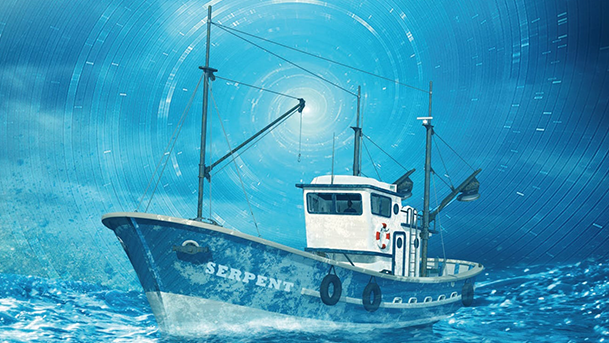 Howdy folks!  I’ve got something special for you today, by way of the Otherworld that really has been on the tips of my fingers recently, and it was just a fight to find the time available on my schedule and where it would not affect any of the other promotions and posts that were settled in the queue.  About four years ago now, I worked with William Long, a talented and entertaining author out of the UK, when he released his first pseudo-fantasy, sci-fi thriller, Timecrack.  You can read the original post here.  Today, we’re going to be taking a look at his sophomore story in the Timecrack series, Copanatec.

At this point in the Timecrack series, we’re already familiar with the Kinross family.  Sure enough, author William Long does his part to reintroduce returning readers, or to welcome new ones, but we’re thrown into the thick of it at once.  Copanatec: A Timecrack Adventure (The Timecrack Adventures Book 2) is presented with an adventure thriller flair, and the characters we return to have become as big as the stories they’re part of.  It helps that Long paints them in with cinematic prose and a delectable, engrossing plot. 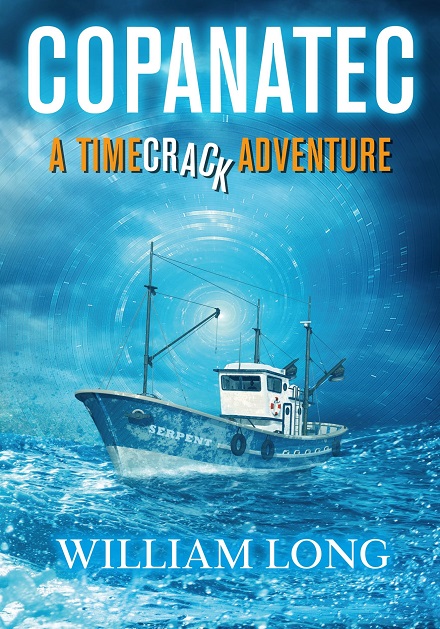 Copanatec is the second book of the series The Timecrack Adventures, which sees the two young brothers, Archie and Richard Kinross, return to New Earth in the next dimension, in the continuing search for their parents who disappeared from an archaeological site in the Yucatan jungle.

The island of Copanatec is home to The Lords of the Cloud, an ancient civilisation, who in their desperation to find a lost, life-giving treasure, have recruited Talon the Slave Master and the brutal Terogs to find it in the tunnels below the pyramid, before it is too late.

Archie and his friend, Kristin, along with the villagers from the mainland of Amasia, are taken by the slave traders and forced to work in the tunnels below the pyramid to find the treasure.

Richard, back on Old Earth, discovers Archie is missing, and along with Chuck Winters, a security specialist, set out on a time travel to the next dimension to find him.

The adventure, with its mix of ancient cultures and time travel to new worlds in other dimensions, will appeal to young adults and older readers, alike.

Long hits the ground running with the second entry in his sci-fi series, and shows that lightning can strike the same place twice.  With the gripping, memorable, and sometimes funny story presented here, the author would have you convinced he’s made dozens of these books already.  This is a series that is very enjoyable, and once you’re done with Timecrack, you’ll no doubt want to pick up this one and resume your time with the Kinross family, as there no doubt will be another on its way.  Check out Copanatec: A Timecrack Adventure (The Timecrack Adventures Book 2) on Amazon today!