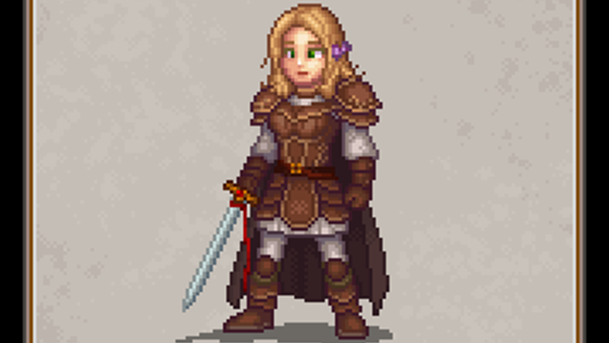 Well hey there!  I’m back with the fourth installment of a new sprite-styled bit of artwork with a project that I’ll be referring to as Relic from now on.  It’s a new Luca-starring set of stories, or story, at the very least, but you can see there are going to be a lot of Tellest characters who are going to be coming in from other stories.  Today, I get to show you some of Serathus’s latest work, and he continues to impress.  While we’ve already seen our main trio of characters, it’s time to look at other characters who will be participating in the adventure.  We get to start that off with Lyla Brenna, the warrior of Saveon. 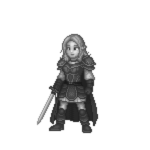 The last time we saw Lyla was in very unfortunate circumstances at the end of the Child of the Stars trilogy.  I won’t get into it much here, but suffice it to say she likely wouldn’t have been going on many adventures with Kaos after the events of that story.  Since we’re in a new timeline, we get to explore things in some new ways.  At the time of Relic, she hasn’t even left Saveon, so she’s never met Luca, David or Dirk.  Will they be on opposite sides of a war again, or is their meeting going to amount to something more? 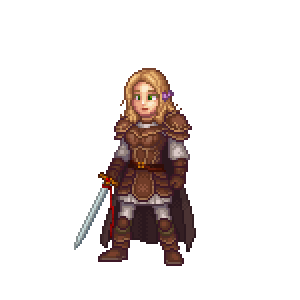 Lyla might not even have much of a war to fight in, meaning she might have to find work elsewhere.  But just as she was a competent, skilled swordswoman in the books she originally appeared in, she’s talented here as well.  It’ll be interesting to see how she progresses in this new Tellest timeline.

Once again we are closing with a card.  And actually a little bit of sad news.  We just reached the halfway point for this series and its heroes.  Lyla is the last of the original heroes, but we’re going to be seeing new heroes toward the end of this year who have been in stories within the new timeline.  We’ll start up a new look at some Tellest D&D art soon which will be taking the pixel art’s place for a short while, but later this year, we’ll start showing off the next four heroes from Relic.