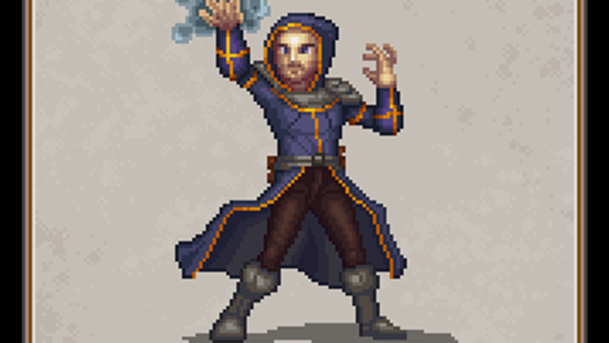 Hey there!  So, I don’t remember the last time I worked on one of these Relic pixel art pieces.  It’s been that long since I’ve had a chance to schedule anything, and I’m trying to get back into the swing of things.  We’re also coming down to our last few collaborations with Serathus, and I have to say I think this latest one might have taken the cake.  He did a great job with a character that we’ve only seen in a few short stories thus far, Edmond. 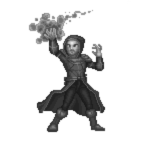 Edmond’s first two stories were holiday tales written by Rhianna.  He first showed up in an April Fools tale that ended with a bit of a rick roll.  Then, Edmond showed up alongside his debut tale’s partner Cassandra in a Halloween tale with some ghostly elements.  Edmond would ultimately show up in another story with Cassandra with the upcoming Relic story, which means you’ll get to see her in pixel form soon enough.

Edmond has the power to somewhat control the weather.  He can’t quite make lightning in his hand or anything, but he is able to perform some minor manipulations, like creating a strong breeze, or adjusting where clouds would be.  With some clever thinking, he can do a lot more than what it sounds, and this makes him an invaluable member of whatever group he’s in. 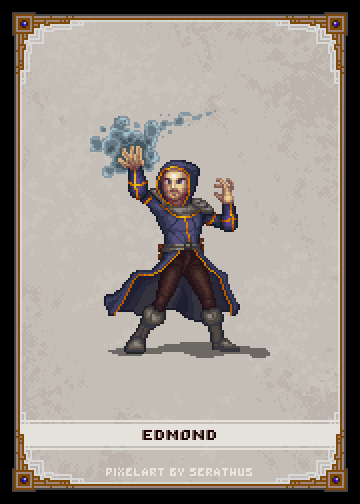 And finally, here’s our card version of Edmond.  If Relic would be a beat-em-up game like Double Dragon or Castle Crashers, Edmond would have some interesting combat mechanics because of his weather manipulation.  I’m very pleased with the way he turned out, as this is the first time we’ve ever seen him.  To have him brought to life in this way was great, and I’d like to thank Serathus for helping make it a reality!