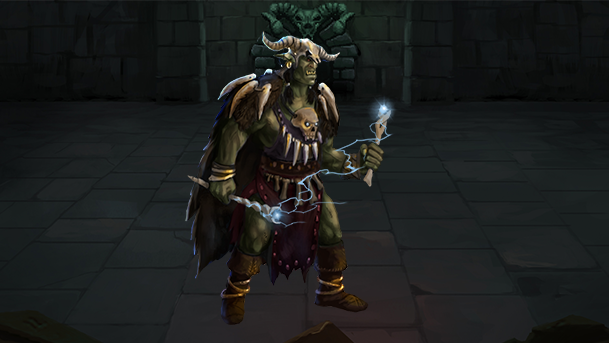 Hey there!  It’s time to resume our coverage of the hero characters from Quantum Quest – Merge Dungeon.  Make no mistake, while they may be heroes, they’re your enemies, at least for now, as they become fodder for your monsters in the dungeon.

To begin with, we have Al’az Leoric, a mighty orc warrior who shows up as one of the bigger characters in the Quantum Quest novelization.  He’s powerful enough to survive almost anything the Living Dungeon throws at him, though I think he’d have a few hurt feelings when people point out how tiny his head is compared to how huge his armor and his axe are! 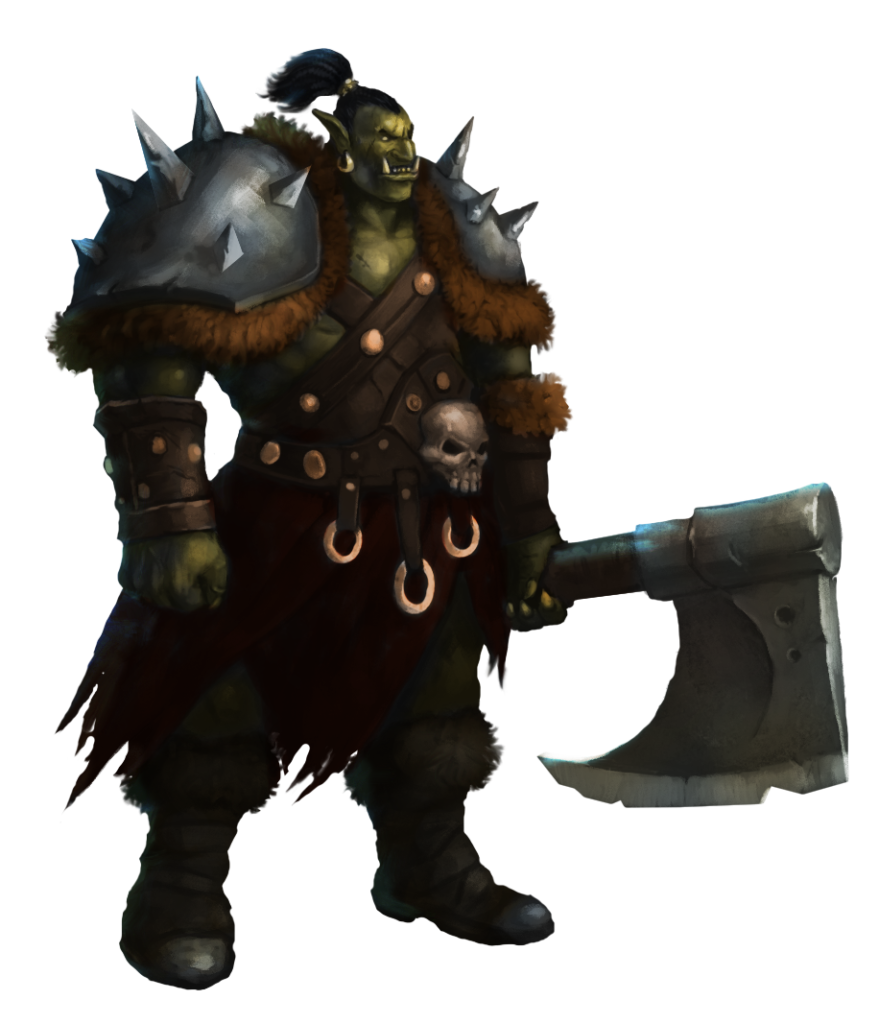 Perth Eritan is our third hero, and she’s got a neat pseudo-Egyptian vibe here.  It seriously looks like she could swap out for a deity, but what we really have here is a gnoll cleric who is very generous and giving of herself.  It just goes to show you that you can’t always judge a book by its cover.  In this case, most books about gnolls would probably say they’re bloodthirsty maniacs.  You show ’em, Perth!

Foe’Gen Liath is a character with a lot of potential.  Every now and then, I get an idea for a story that one of our Quantum Quest characters can jump into, and with Foe’Gen, I know it’s coming.  It just hasn’t quite hit yet.  But as an orcish assassin, she’s got plenty of upside, and she could definitely be used to tell some grittier Tellest tales.

Finally today, we’ve got our littlest hero, the brave Jasper Breth.  This kobold may be tiny, but he packs a big punch, and Sergei brought him to life in his little glow-up in a big way.  I feel as though Jasper could be a mascot for Tellest, he’s so adorable.  Who knows, maybe I’ll begin using him in my newsletters or something.

Well, that’s it for today.  We’ve got our latest five presented to the world, but in about three weeks, we’ll have another set to look at.  Until then, be safe, and enjoy your favorite fantasies!