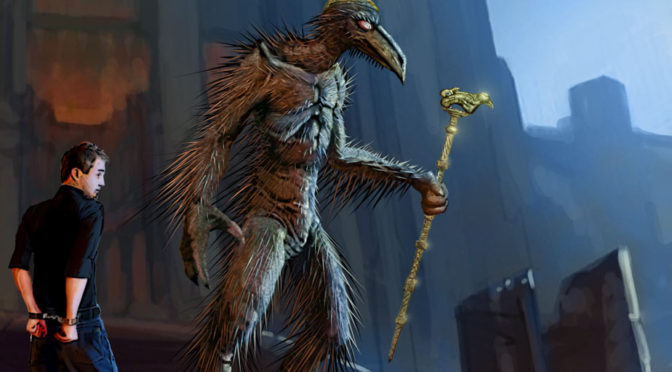 It seems like we get an awesome opportunity to interview an up-and-coming author every third of a year or so.  It’s a long wait between specials, but it’s definitely worth the wait.

Today, we have Anderson Atlas, and you may have seen us promote some of his work in the past few weeks.  His work on the Heroes of Distant Planets series is worthy of praise, and he’s got more work on the way.

Read our interview below:

T: The books in your Heroes of Distant Planets series have very fantasy “Kid in King Arthur’s Court” feels to them.  What made you decide to bring young adults from Earth to these hard-pressed worlds?

Anderson Atlas: The worlds in front of kids are exceedingly mystical. My step son loved the mythology of the Lego Bionical world, knew what the races were—the archetypes. I want to speak to those kids, too—but offer up some profound advice cloaked among the tentacled creatures and the adrenaline of running for your life. It creates the unusual space, which battles the known elements for attention and (speaking from personal experience) creates a lasting impression.

T: What inspired you to start you on your writing journey?

AA: I really wanted to take a paraplegic character and get them across the strangest, most dangerous landscape and get them home again. It was an exercise in creativity as well as a method of showing my evolving character’s growth and strength.

T: What made you want to write about a paraplegic character?

AA: Simply because it was a challenge. I also have a client that is married to a paraplegic and he helped me learn so much about how to get Allan around without his chair. He’s also the most enthusiastic guy, the most positive and one of the funniest people I know. So I wanted to explore the thought process that many go through when they’re seeking strength and purpose in life when such afflictions take over. I also really hope that this story finds itself in the hands of a young person, paraplegic or disabled, because he’s a great hero and there’s not many like him in the popular culture.

T: What made you decide to create a distant world with such distinct creatures?

AA: I really just wanted to stretch my imagination to the limit. It was as fun for me as a writer as it is for the reader. 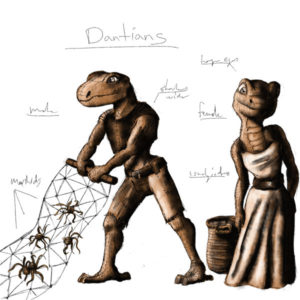 T: This isn’t the first time you’ve worked with the world of Lan Darr.  Would you say that it’s your favorite fantasy world to play in?

AA: Yes, because it has been brought out of the primitive space it held by communication with Earth. So in a sense, there is much Lan Darr can learn from Earth, as Earth can learn from Lan Darr.

T: With the aforementioned in mind, do you think Lan Darr is a place we’ll continue to visit?

AA: Oh, yes. In Book 2: Return to Lan Darr, Allan Westerfield becomes obsessed with returning there. The problem is, he can’t find the flower that allowed him to travel across the galaxy so effortlessly. His race to go back becomes his fixation and he gets really lost along the way.

T: If a reader wanted to pick up Immortal Shadow, would they have to read the previous two books to understand what was going on?

AA: No. Immortal Shadow is a prequel. It tells the story of the ultimate evil on planet Lan Darr and how he came to be his freaky self.

T: Jibbawk is an interesting character, not just because of the way he looks, but because of his rise.  What made you decide to write a story from the villain’s point of view?

AA: In book 1, Allan is so scared of Jibbawk, because he’s freaky and intense and, well, made of black, pinching beetles. I really wanted to share the story about how he came to be such a dark thing. He wasn’t always a swarm of insects. He became that way. But I also wanted to tell the story of how Lan Darrians learned English, had electricity and familiar things. So it was very natural to dive into the rise of Lan Darr, which meant telling the rise of Jibbawk. 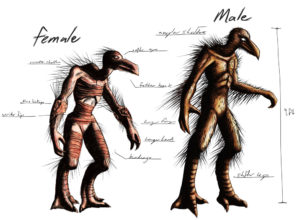 T: Are there any plans to explore some of the bigger characters from the other planets you’ve worked on as well?  Jibbawk has gotten the star treatment, but are you going to give a focus to any of your other shadic habitants?

AA: In book 4, I explore the female heroine’s storyline in the next prequel of the series. This will shed the light on how Asantia constructs her epic airship, escapes from her slave master and ultimately how she becomes the hardened woman Allan meets in Book 1- Strange Lands.

T: Do you have any other distant planets to explore, or is Lan Darr the focus for now?

AA: Book 2 goes further out. There’s Katonay- a very strange place full of Victorian like elites and an oppressed minority. It is the hub of Hubu related trade. There’s also Plethiomia. That planet had electrical storms that feed these enormous beasts and a surface entirely made up of crystals, gems and diamonds! It gets really fun!

T: You have a handful of other projects that you work on as well, across a few different genres.  Would you like to talk about any of them?

AA: I’ve written an Apocalyptic adult sci-fi called Fools’ Apocalypse. This was really a personal exploration into political extremism with disastrous consequences. In many ways, my Lan Darr is that society that is at a crossroads in technology, the same as in Fools’ Apocalypse. Dare to go the wrong way in both worlds? Then the mantle will crack and the fire that consumes all will be most complete. Find the right way, and things might just have a happy ending.

T: The Heroes of Distant Planets books have more of a sci-fi feel to them than traditional fantasy.  Any interest in seeing what you could do with a more medieval-type setting?

AA: The blend of Sci-Fi and fantasy has always been my favorite and there is a blurring of those lines in my series. I’ve kept this setting in book 1 Earth modern to steampunk, book 2 is Earth modern to primitive to Victorian and book 3 is Bronze age kicked into Steam Punk. It really spans the gamut, but no real medieval. NOW I should mention my next book series, Ammonite King. That is epic as well. Its setting is Far Future, Modern and Medieval. So that one is a much bigger story with enormous battles and swords and dragons and other strange creatures. Sign up for my readers group and learn all about it.

T: Do you offer any opportunities for people to beta-read?  If someone wanted to be on your street team, for instance, how would they go about trying to do that?

AA: Yes, I’m always looking for beta readers. Simply email me contact@synesthesiabooks.com and let me know you’d like to sign up for the beta readers group and I’ll send you the hot-off-the-press beta copy of my next book.

T: Your second and third books in the Heroes of Distant Planets series came out fairly close together (though this might just be the publication dates on Amazon messing with perception).  Is it safe to say you’ve got another book on the not-so-distant horizon?

AA: The first book was retitled by the marketing director with Synesthesia Books. The name was Surviving the Improbable Quest. You can see how that flew—or didn’t fly—and it ended up a pile of rubble in the jungle of other much-better-titled books. J

T: Immortal Shadow introduces a new human protagonist in Ricky Boldary.  Do you think Ricky is the new face of the human hero in your books, are might we see Allan Westerfield again?

AA: In book 4 Old Ricky and Allan come face to face. There’s also an origin story to Asantia- the bad ass girl that saves Allan in Book 1. So, yes, Ricky will have a continuing role and so will Allan.

T: Tell us we don’t have to wait long for this new material!

AA: Well, I do have a dayjob, but I’m writing it now. So in the fall, book 4 will be ready for pre-review.

T: Are there any authors that you particularly enjoy, emulate or find insight from?

AA: Well, Brandon Sanderson’s Way of Kings is world building at the finest and really inspired me. I also read Patrick Rothfus’s Name of the Wind. But I’m a huge fan of Dune, Neil Stephenson’s Snow Crash, and Margaret Attwood and Douglas Adams.

T: You offer books for free to those who join your reader groups, don’t you? Care to tell our readers where they can go to sign up for your work?

AA: Absolutely. My goal is to find readers, introduce them to the series and to my art and hopefully make a community that follows me through my carreer. So if anyone signs up for my readers group, they’ll get the Book 1: Strange Lands, FREE. All I ask is that they post a review on Amazon, Goodreads or wherever and that they share it with a friend. 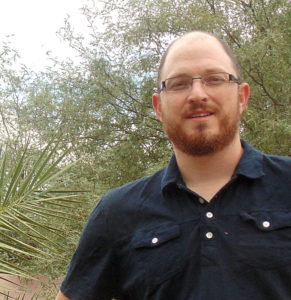 T: Thank you so much for joining us.  It’s been a real pleasure, and we wish you luck on your future writing endeavors.  Can’t wait to read more from your catalog!

AA: Thank you very much! I really appreciate your newsletter and your time. If anyone has any questions or comments, feel free to contact me. contact@synesthesiabooks.com

Thank you once again to Anderson Atlas for sparing some time to chat with us today.  We wish him the best on the rest of his books!