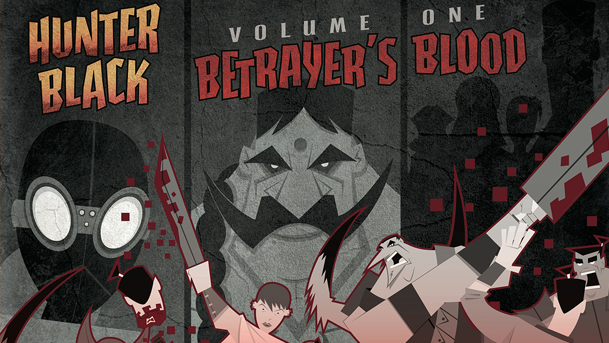 Howdy folks!  We’re back for something really special and really cool today.  This year has seen a lot of firsts from the Otherworld, including our first manga title.  Today, we’re going to be looking at a web comic that has been transformed into a 264-page graphic novel.  It’s the work of some very passionate people, and I’d be very happy to see their talents spread out into the world.

Justin Peniston and William Orr are prolific creators of comics, television shows and general nerdery.  They’re passionate and excited about their creator-born projects, which is how we ended up with the hardboiled fantasy web comic, Hunter Black.  Cool style and witty dialog bleeds off the pages.  It’s a comic that’s fun and addicting, with tons of content.  What better way to commemorate such hard work than with a paperback collection of the first volume? 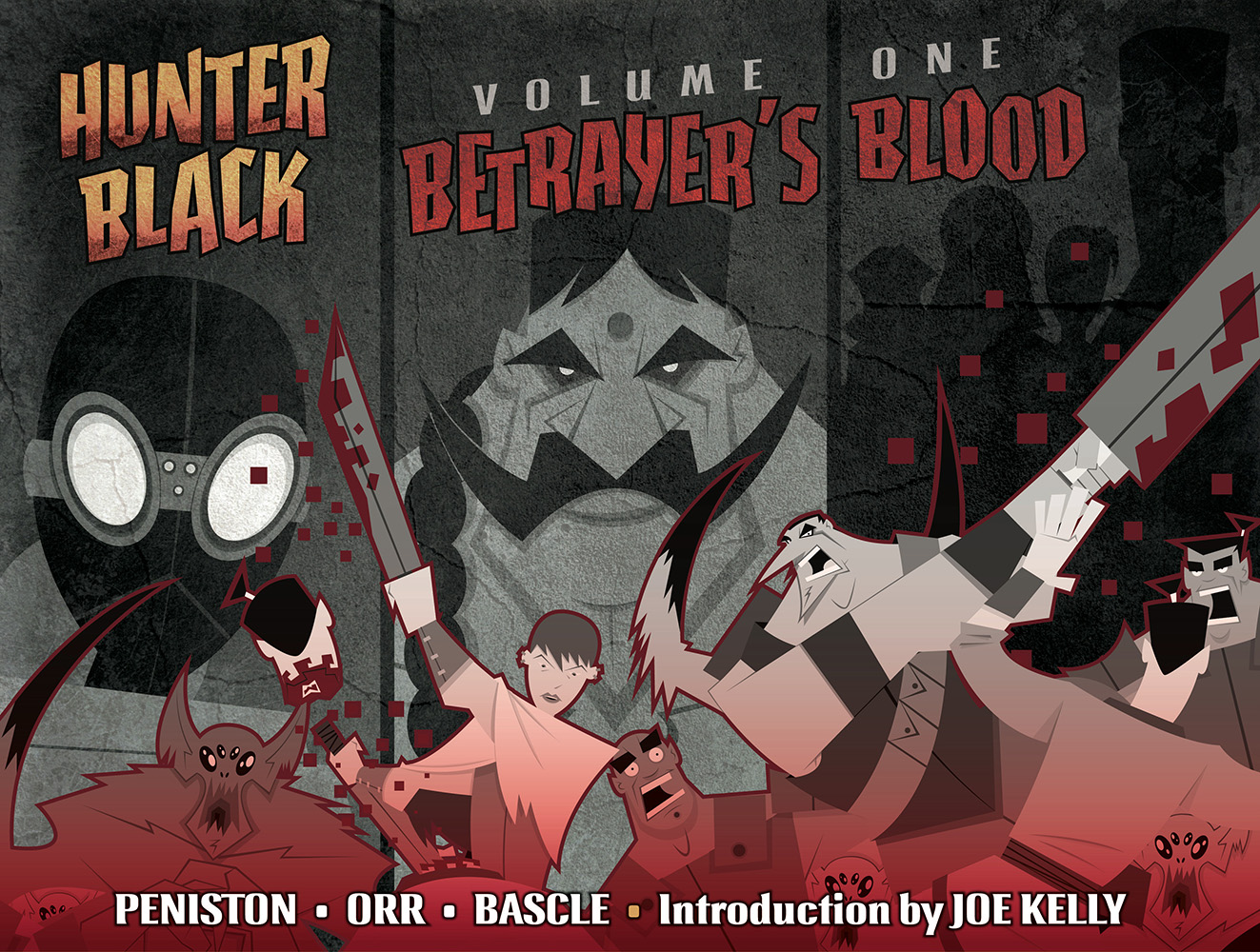 Imagine Kill Bill set in Middle-Earth in the style of Samurai Jack, and you’re just scratching the surface of Hunter Black.

Hunter Black is going to die. The wasting disease he caught in prison will see to that. He can’t save himself…but maybe, just maybe, he can get revenge on the people that set him up in the first place. He’s got a magic sword that’ll keep him on his feet, and a bellyful of rage that won’t let him stop. But the Known World is a big and deadly place and while he doesn’t know who he’s looking for, he knows where to start…

This is the first comic that we’re seeing from the Otherworld, and it’s an astounding first!  Peniston and Orr deliver an incredible story, beautiful art, and the kind of addicting twists and turns that will keep you hooked.  This is the kind of badass project that you share with all your friends because it sticks with you, and you want someone to talk to about it.  It’s also the kind of work that might see releases in other formats in the future.  A Hunter Black animated show anyone?  For now, get started on the first chunk of the story with Hunter Black Volume One: Betrayer’s Blood, available at Justin Peniston’s website.