Hey folks!  As is tradition, we’ve got a Halloween story up right now, and with it, a delightful Halloween piece of art to go with it.  This year, we worked with writer Aaron Canton to create the Halloween story, while working with Wern Szuen Lee to create the art.  Dive into the art process for Blood in the Desert below, and enjoy! 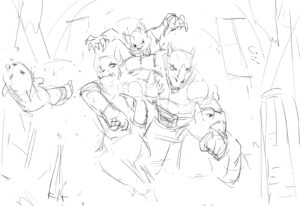 We knew a few things from the start: the characters—Rayas and Noth from the Quantum Quest tabletop game, as well as a few vampiric gnolls—where the story was taking place, and what was going to be happening throughout.  Wern ended up concocting this powerful escape / chase hybrid which I knew would look great. 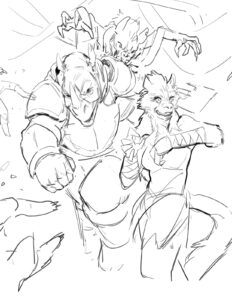 We decided to change things so that it would be vertically aligned.  Right from the get-go, we considered the possibility of preparing it for a possible Quantum Quest Quarterly cover, especially with the hope of going to Comic Con again next year. 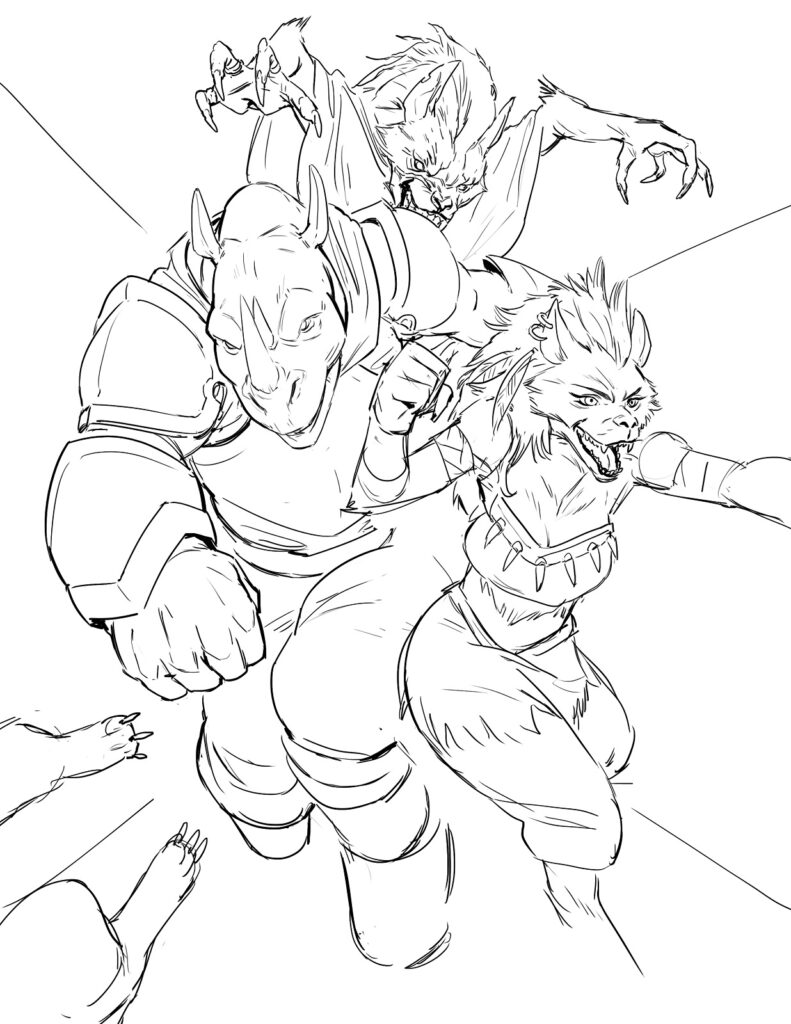 We ended up changing things a little bit.  Rayas has a bit of trauma in the beginning of the story but we didn’t want her to look too overwhelmed (and the original lineart also had her looking a little too masculine—even though that’s kind of female hyenas’ thing) so we made some alterations. 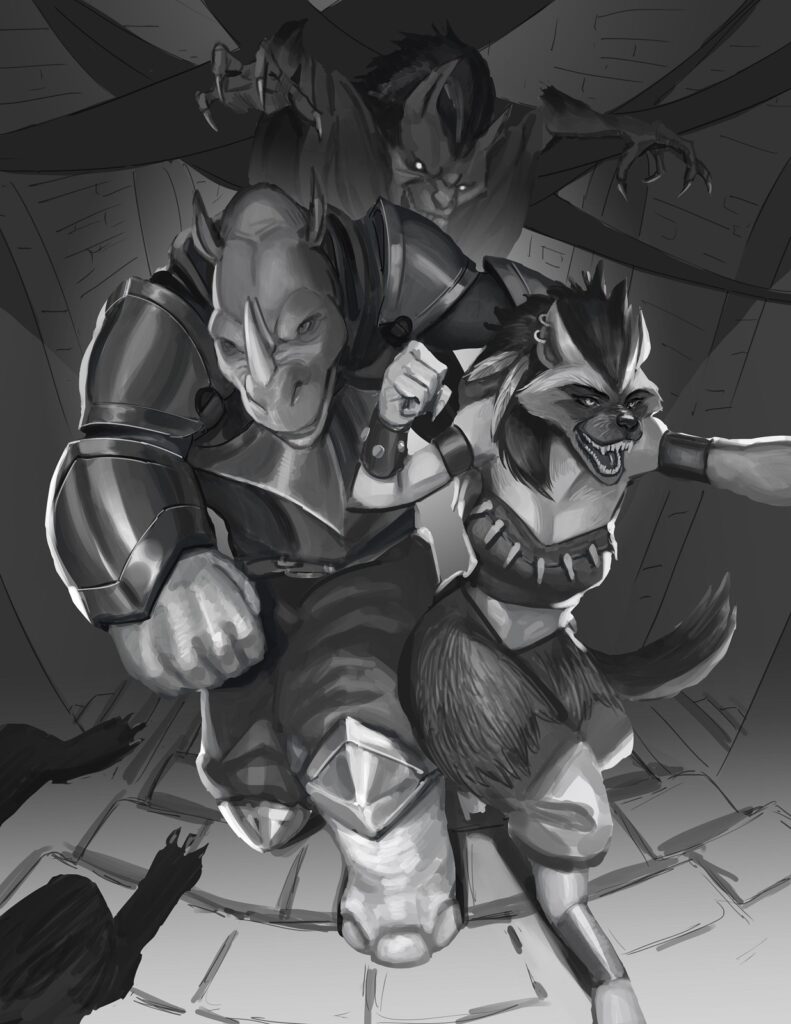 With a little polish and spit shine, we were able to get some nice shading and dimension tot he characters as they make their way through the underground tunnel and toward sunlight.  Noth is a force to be reckoned with here, and Rayas captures the same insanity we see her with on her card art. 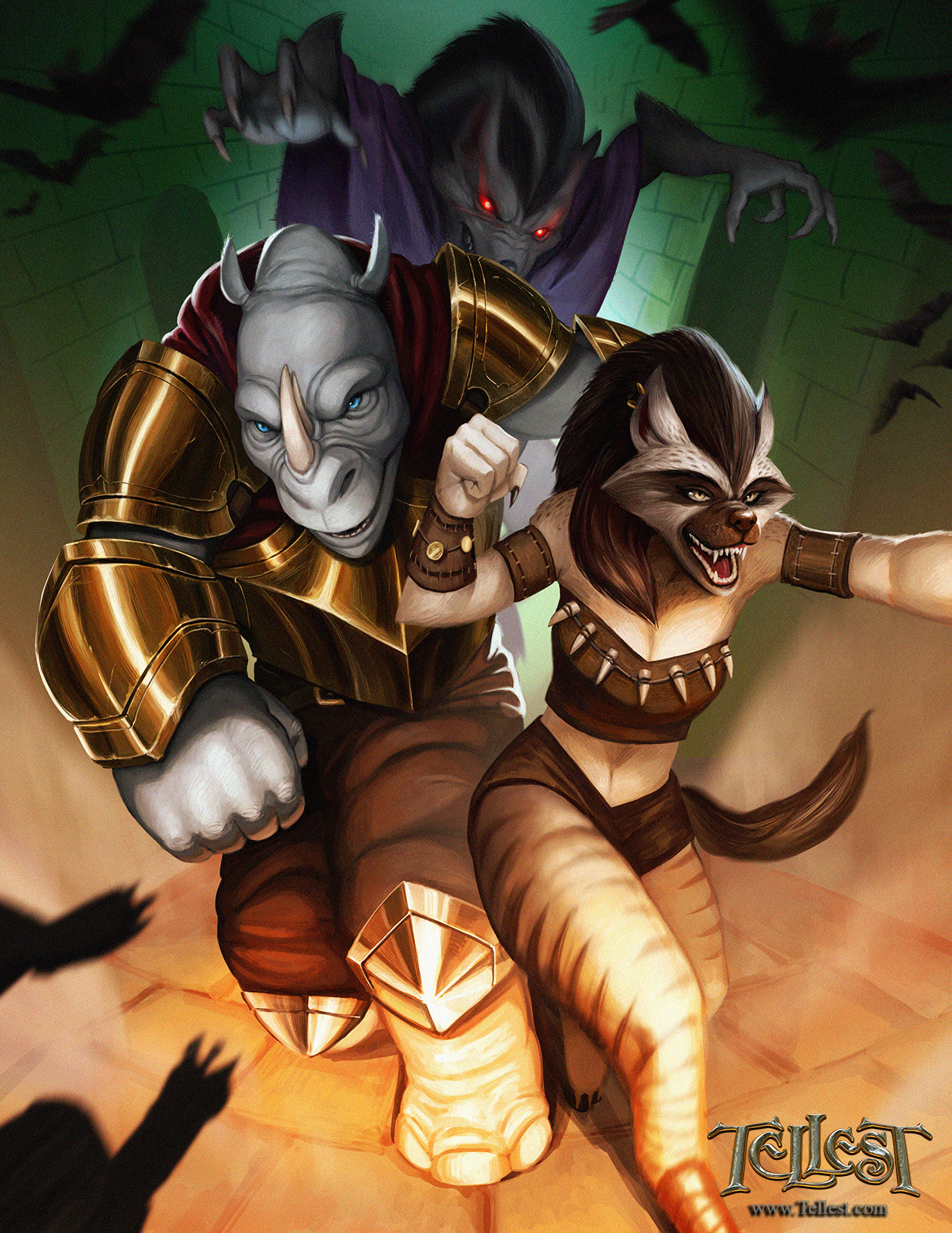 A coat of paint really seals the deal.  The green and orange looked very Halloween-y, so we went with it.  It really sells the mood, and we couldn’t be happier about how everything turned out.

I hope you enjoyed looking at the process of how Wern brought this art to life.  Now, if you haven’t already, head over to the Blood in the Desert short story, and see how Aaron was able to conceptualize this great story!