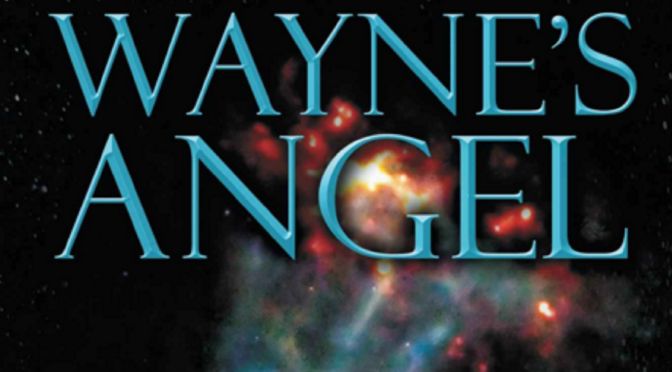 One man’s interpretation of fantasy can be another man’s faith— their spirituality.  Sometimes, though, these two concepts intercept in some fantastic ways.  Join us today as we take a look at a book from the Otherworld that combines elements of spiritualism, fantasy, humor and suspense.

Wayne’s Angel is the story of a man’s experience with the supernatural—or is it spiritual proof?  Ron W. Mumford masterfully tells the tale, which ends up being as much about understanding as it is about redemption.  Even if you’re not particularly looking for a story that leans a little on religion, Mumford’s telling is more intriguing than it is preachy.  It’s a book you can enjoy whether or not you’re looking for a deeper message.

Wayne Tyler is a very talented singer, musician, impersonator and lady killer. When he auditions at Tequilaville, a lakeside club near the NASA area in Houston, he meets the club’s co-owner, Abby Hawkins, a smart, grounded business woman. Abby tells her father, “Daddy Hank” it is time to ‘undo the laces’ and takes Wayne home. After being falsely accused of sleeping with Abby’s ‘sister,’ Bella, Wayne gets drunk, boats out into Galveston Bay and attempts suicide.

The supernatural begins to explode. He is water spouted into another realm and is given three choices by a guardian angel, Gordon. Wayne chooses to face seven very cunning, often charming, funny, sometimes vicious demons.

The demon’s prize is Wayne’s soul. Wayne’s prize is to know what love is and write Abby a love song. He is clueless as to the real meaning of love. There are no guarantees in this colossal, unusual, beyond supernatural realm. Wayne may never return…

We sometimes don’t know exactly how to categorize a story that we’re happy to sponsor here on Tellest.  In this case, Wayne’s Angel could be considered Urban Fantasy as easily as it could Spiritual Philosophy.  If you’re interested in reading a story that is cleverly written and has a deeper message if you’re willing to look for it, check this out on Amazon.