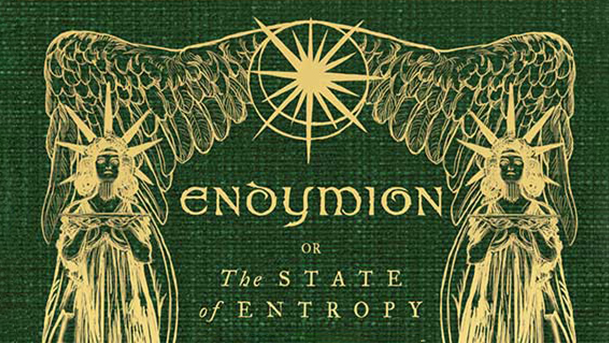 Greetings travelers, and welcome to our first stop in the Otherworld for the month!  It’s a month for writing and prose, and boy do we start things out with a bang.  If you’re interested in a fantastic epic poem, Kurt R. Ward has you covered.

With a stark reference to one of the great poems by John Keats, Endymion shares a name and a mythology.  Kurt R. Ward’s version of the stunning story preserves the electric prose and beautiful imagery, recreating it for a modern audience.  Accompanied by gorgeous artwork by Rebecca Yanovskaya, Endymion or the State of Entropy: A Lyrical Drama is a stunning look at what someone with talent and craftsmanship can accomplish.  This look at both one’s personal journey as well as Greco/Roman folklore through a new lens is captivating throughout.  It comes with a glossary that goes into great detail about method and meaning, and adds layers to the breadth of Ward’s work.  It shows the outstanding care that went into selecting word structure, and demonstrates his knowledge on the subject.  There is much to oneself that must be explored and deciphered, and a great deal of Ward’s is here, laid bare for the reader through notes and references that came about in his research.

Endymion or The State of Entropy is a mythological portrait of the author’s struggle for self-actualization by integrating the conscious with the unconscious. The illustrated fantasy conjures a world in which archetypal characters from Greco/Roman mythology battle for dominance as Endymion, the main character, attempts to wake himself from an endless sleep. Part-epic battle, part-psychotherapeutic journey, Endymion is set at John Keats’ gravesite in Rome. It is written in heroic couplets as one continuous dream, where Jupiter, Diana, Zephyrus, Hermes and Endymion wrestle with reason, fear, hope and divine inspiration. The book is written in four acts and is lushly illustrated by the celebrated artist Rebecca Yanovskaya and includes a detailed mythological reference section and commentaries by the author.

A modern-day contemporary to Keats and Shelly, Kurt R. Ward sets our sphere spinning in this tremendous epic.  It’s a feast for the mind and the eyes, and it will prove to you that there are still outstanding poets in our day and age, if you had any doubts.  Ward doesn’t simply recite it, he lives poetically.  It all comes to a point with this fantastic epic, which appreciators of the art will absolutely adore.  Check out Endymion or The State of Entropy: A Lyrical Drama on Amazon today!