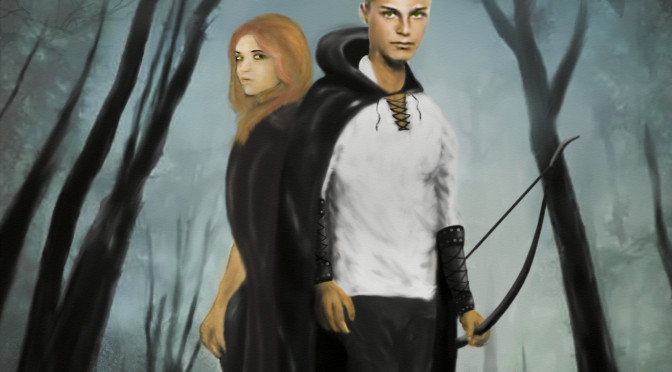 I love a story that doesn’t toe the line too carefully to what is tried and true as far as fantasy goes.  As a writer, I know that there are plenty of people crafting stories with established tropes and giving into genre stereotypes.  But I have a special kind of respect for talespinners who are able to do something new and fresh with fantasy.

Scott Wojo proves that he is capable of this in the first few pages of his story, Darkness Falls.  His protagonist, Keir, is an Eldra—the offspring of an elf and a dryad.  Best of all, as the story moves forward, you learn more about his past and the other eldras as you go.  Wojo builds his world with ease, and you’ll no doubt fall in love with his characters, too. 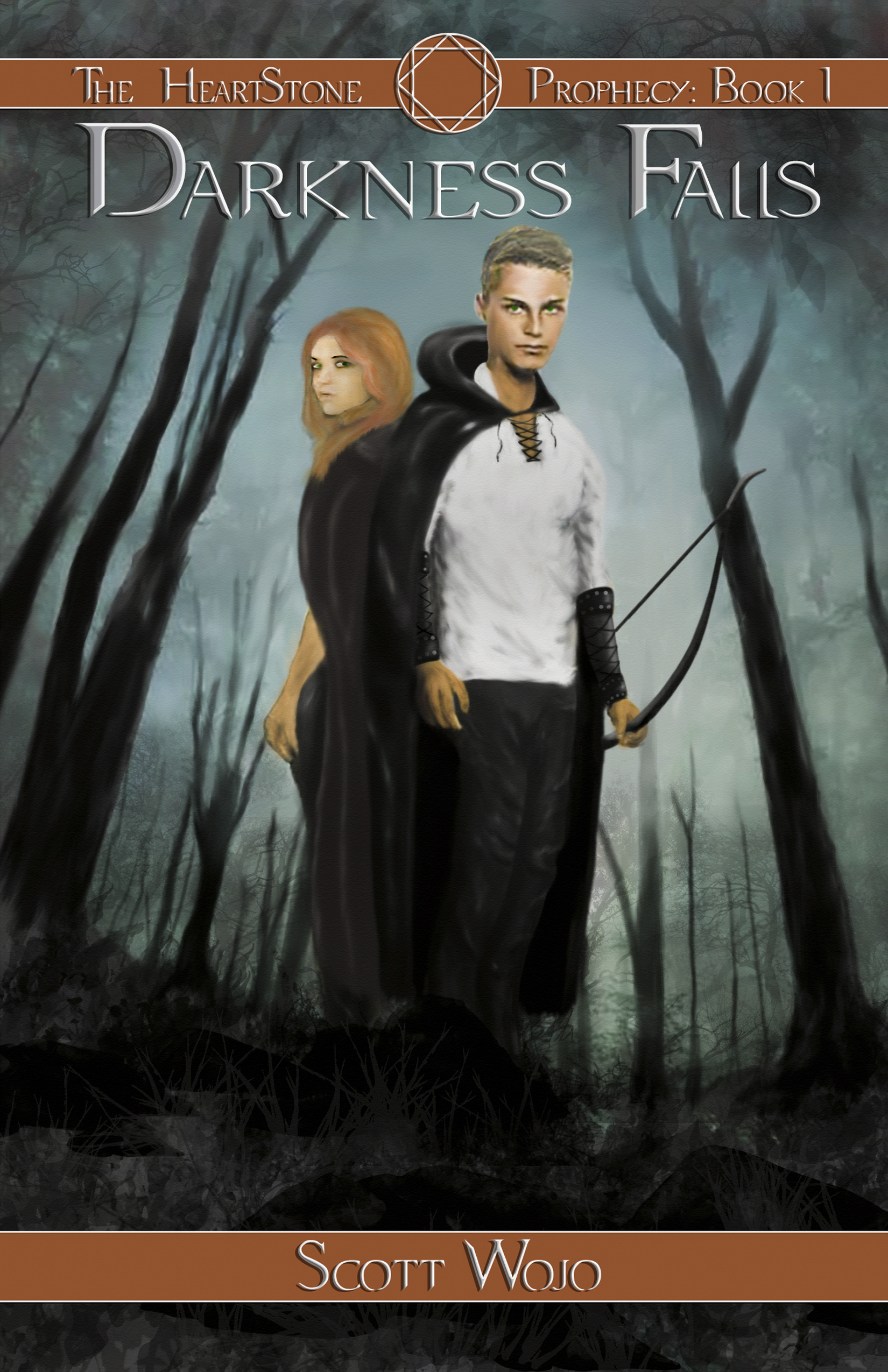 Draken hunts the heirs just as he hunted the Ancients. They must die. Every single one of them…

Keir spent his childhood escaping Trell’s lessons to explore the forests of Wizards’ Vale—he was terrible at wizardry anyway. But a mysterious guest destroys his simple life. Now Keir is running, desperately trying to stay one step ahead of Draken’s assassins. He, Trell, a troublesome eldra girl named Aziza, and their companions must rescue the heir to the Almatian Throne.

Soon Keir discovers that saving the heir is not enough. He must also unlock the secrets of his past—secrets that hold the key to saving everything he knows and everyone he loves. But the secrets lead to a terrifying conclusion—he’s on a collision course with his most frightening nightmare.

Meanwhile, the Almatian Alliance struggles to survive Draken’s ever-increasing threats. Their last and final hope is to fulfill the HeartStone Prophecy—a prophecy given by a secret society of wizards called the Ancients. But no one understands the prophecy and no one has seen an Ancient in a hundred years. And Draken isn’t the only one threatening to topple the fragile Almatian Alliance.

Can Keir and his companions rescue the heir before it’s too late? Can they install the High King on the Almatian Throne? Can they figure out the prophecy’s meaning? Can they unlock the power of the HeartStone—the most powerful magical device the world has ever known?

Scott Wojo has put together a very entertaining first book with Darkness Falls.  If you purchase it on Amazon, you won’t be disappointed.  We know we’ll be keeping an eye out for Wojo in the future, and are eagerly awaiting the second book in the HeartStone Prophecy series!