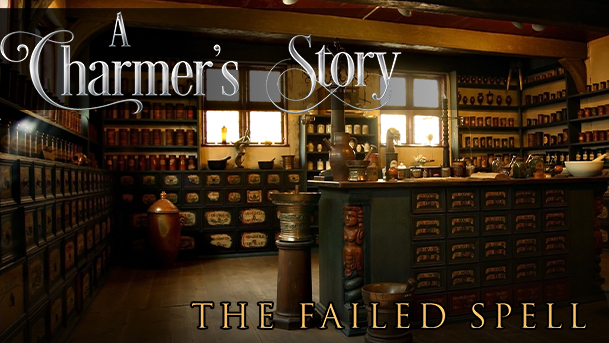 Hello folks.  We’ve got a busy one in store for you this week, so strap in, because you’re in for a good time.  We begin our week by looking at a story which fittingly has a good deal of charm to it, and explores magic in some interesting new ways.  Read on to learn more about The Failed Spell.

Authors Ricardo Bermudez and Daniel Martinez tackle a new iteration of the contemporary fantasy in their new release, A Charmer’s Story: The Failed Spell.  Readers who like magical lessons and learning about the enchantments that exist beyond the veil of our every day lives will love this tale of a day in the life of a minor mage that goes completely awry.  Like a good magical ritual, the two authors spend time studying all the components of a good story: its characters, magical items and components, and the grander scope of magic.  The books moves along at a relaxed pace that nonetheless pulls readers down the rabbit hole. 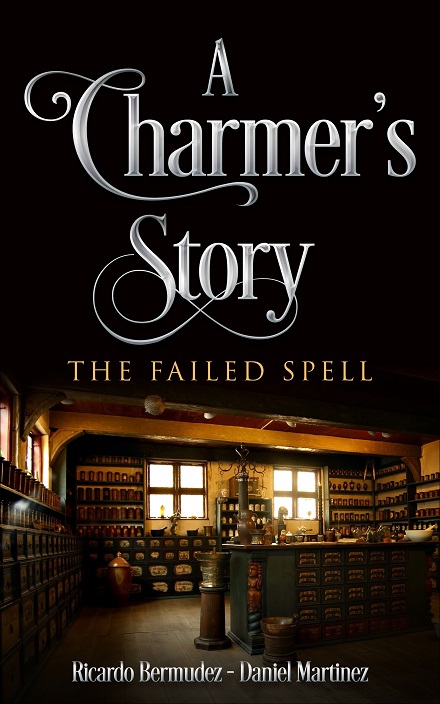 Alben is a Charmer, a type of low-level wizard in a world where Magic is divided into two tiers: Mages, powerful humans with almost unlimited abilities and Charmers, much weaker Magic practitioners that require tools and workarounds to be able to create spells. Alben is carefree and set in his ways, happy with just taking care of his magical items shop and studying and creating new alchemical formulas and items to sell.

His predictable life ends when his estranged sister shows up on his doorstep with his niece, Ilza. She is a young, temperamental, mostly aimless teen who has started expressing magical abilities, and as such is a danger to herself and others. Alben reluctantly takes her in and starts teaching her the basics, although, at first, the adjustment is hard for both. Just when their lives seem to be taking a semblance of normality, they are pushed into a new dangerous and unexpected situation: A Mage has committed a great crime, one that puts many lives in danger.

It falls to Alben, making use of his knowledge and limited capabilities, to somehow avert the disaster.

In a way, The Failed Spell almost feels a bit like academia.  Bermudez and Martinez seem to be so engrossed in their world that it’s easy to feel immersed in the story.  It feels real, and that gives their tale a real strength behind it.  It’s easy to spend time with Alben and Ilza as well, as they feel so fully realized, with histories that readers will want to explore, and secrets that they’ll feel they just have to know.  Hopefully more of this world is yet to come, because the two authors have done well with this introduction.  Check out A Charmer’s Story: The Failed Spell on Amazon today!

One thought on “Fantasy Promo – A Charmer’s Story: The Failed Spell”