Well look at that.  Two great period piece fantasies back to back, and they couldn’t be more different.  When you typically think of fantasy, your mind doesn’t race to World War II (unless maybe you’ve been watching Outlander).  But to some, creativity just sticks out at you, and it becomes a story that needs to be told.

James Malone’s Rainbow Gardens is that kind of story that needs to be told.  It’s helps to tell an important part of American history, and it also slides in an appropriate amount of fantasy that gives it just the right flavor.  It all stems from a basic thought: After the Japanese Internment, can Harry Shikita ever forgive the trolls who put him there? 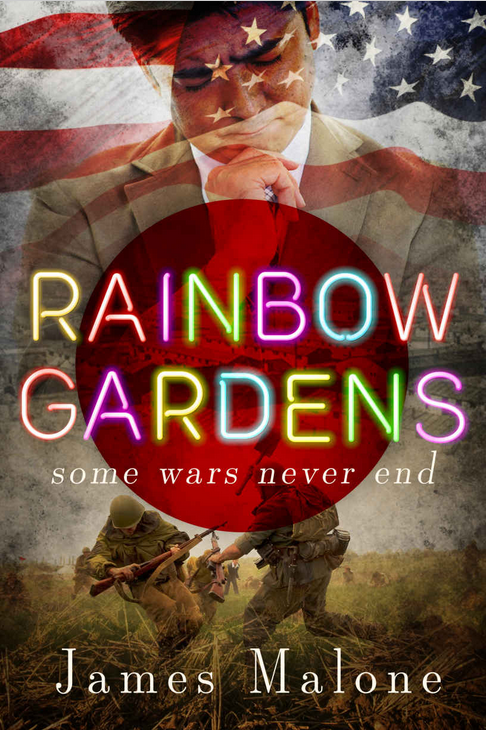 The descendants of Cain are trolls. The kind that turn to stone. They live among us, craving forgiveness, knowing that their hereditary stain can never be removed–at least, not until their own Redeemer comes.

They think they’ve found him. His name is a Harry Shikita, a Japanese-American immigrant to Minnesota in the 1920s. But Harry knows nothing about trolls. All he wants is the American Dream: a successful business, to become a member of the Rotary–a good ol’ boy. He spends decades building Rainbow Gardens, Minnesota’s first and best roadside resort for motorists.

But the 20s and 30s are a tough time to be a “Jap” in America, and it only gets worse after Pearl Harbor. Innocent of any wrongdoing, Harry finds himself interned for the duration of the war–and his business in tatters.

Can Harry find a way to forgive his adopted country? And in so doing, can he become the trolls’ bridge to God’s Grace? The answer lies within the neon paradise of Rainbow Gardens.

James is no stranger to the written word, having experiences in advertising, communications and public affairs.  You can download the eloquently crafted Rainbow Gardens from Amazon, here.