Hey there folks!  Today we’re going to show off the last sequel property we’re bringing you through 2018 (not counting whatever sequels will make their way into the Tales of Tellest, Volume Two short story collection).

The cover for The Maelstrom is one of my absolute favorites.  Leo did a fabulous job making not only a beautiful cover, but helping us come up with an awesome new race of creatures.  Let’s dive right in, and see the process.

So, when we started, Leo knew that The Maelstrom would involve “demons.”  There was more to it than that, of course, but we sometimes have translation issues since we’re on different continents.  So the demons that Leo came up with at first were very traditional.  It was my job to steer him away from that. 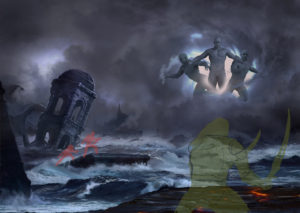 In this second shot, you can see that things are cleaned up substantially.  Our demons were supposed to be storm demons—you typically see these infernal type beings that hail from fiery realms, but I wanted to switch things up with this book.  As it stands anyway, our demons look kind of like towering mannequins! 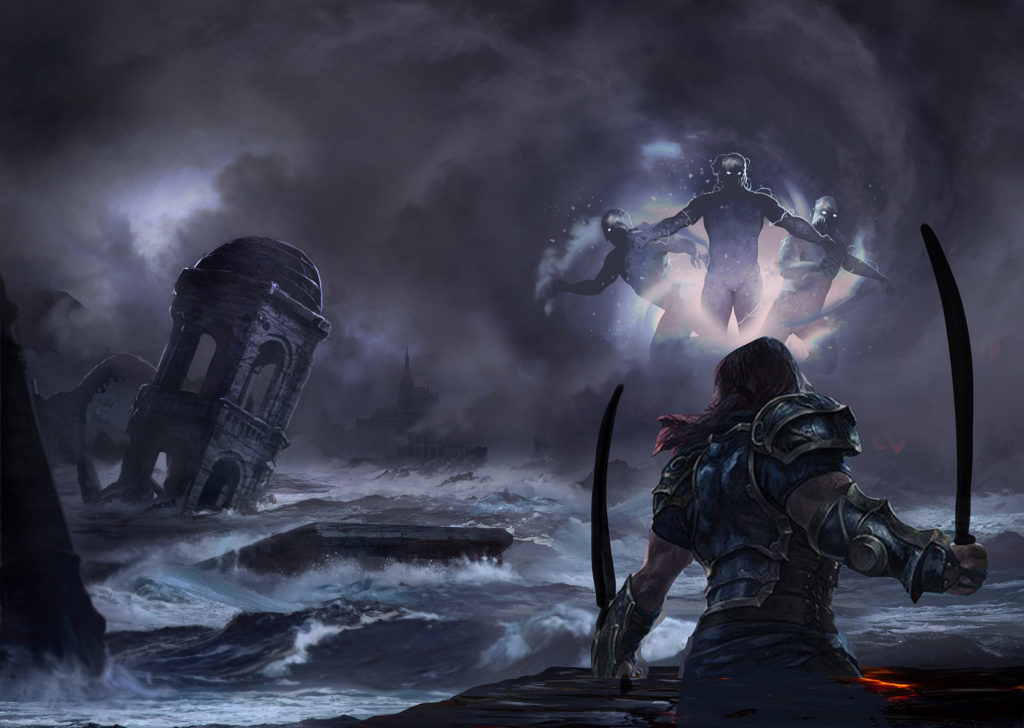 At this point, you can see our cover taking even more shape.  Color was adjusted, a pose was picked for our main character, and the demons, a race of otherworldly beings called the Kin Maelar, really come to life here. 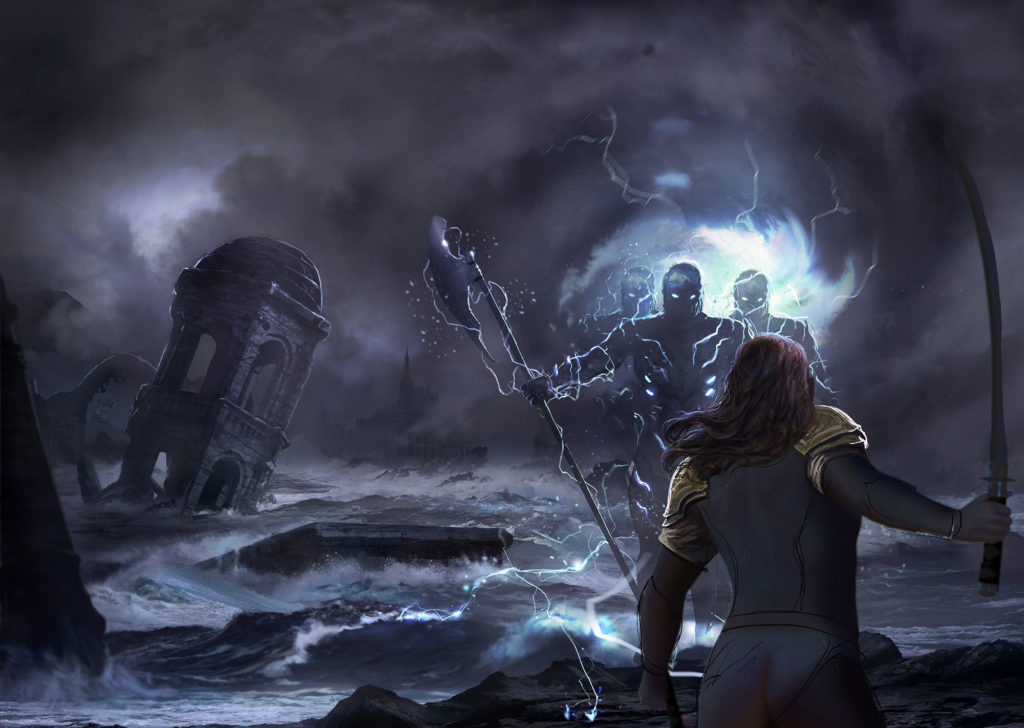 We adjusted the position of the invading demons, and threw a weapon in the leader’s hand.  These guys tower over the surviving elves of Shandranar, but Icarus is ready to face them head on. 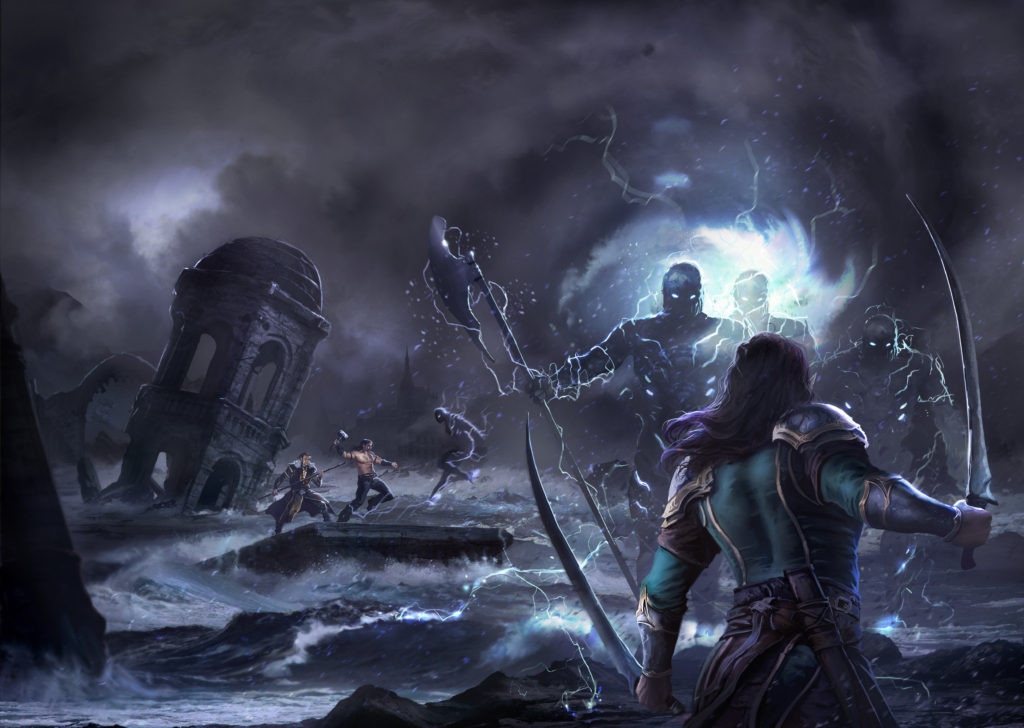 Here you see the final take on the cover of this upcoming novel.  The two other characters, Icarus’s father and brother, are fleshed out, and the odds are even less in our hero’s favor!

If you recall, Icarus went through a lot of trouble during the event now known in Tellest’s history as the Fall.  You might have thought the worst was over, but these new invaders are sure to make our beleaguered elf wonder if the worst is truly behind him.