Howdy folks!  It’s likely only been a few weeks for you since you’ve seen an artifact of Tellest post, but I’ve been so absolutely busy that it’s taken me forever to schedule the next one (that being this one, of course).  Today we’re looking at an artifact that hasn’t shown up in any stories or other art just yet.  This is an Azot original.  Let’s dive in and see what magic emanates from this relic. 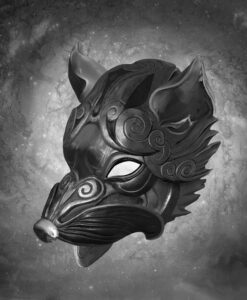 The Trickster’s Mask allows the user to shape change to anyone that the person has seen before.  It won’t allow the person wearing it to choose any part of them to adjust or anything.  It’s a one to one facsimile of the person the wearer is trying to emulate.  But, it has one cool caveat that some other shape-change artifacts don’t.  It emulates other parts of the person’s traits.  The sound of their voice, for instance, as well as their smell.  The magic inherent in the Trickster’s Mask is cool indeed. 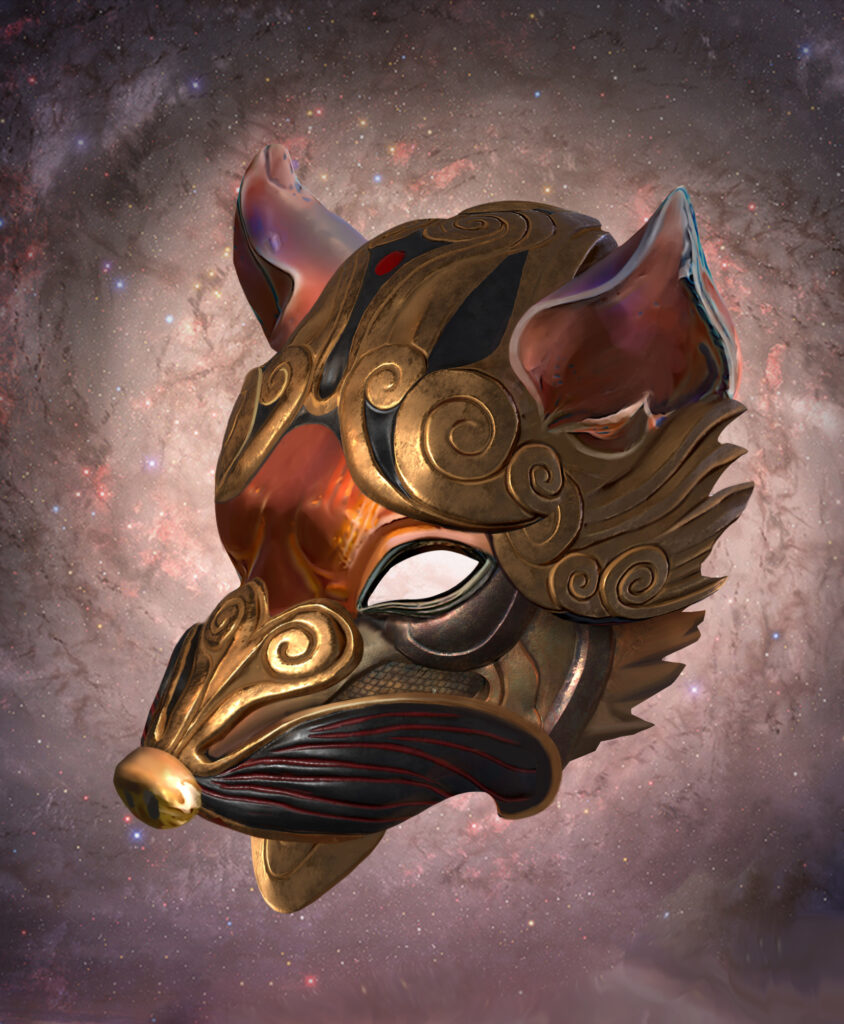 Right now, we don’t officially know where this treasure could be found in the Tellest universe, but as it sort of reminds of the kitsune, it might be found in a place like Numasa, where we could explore variations of that mythology.  Thus far, we haven’t spent too much time there, but we do have a growing list of characters who are from Numasa who we are going to try to apply to our first comic project.  We’ll see if we can incorporate the two ideas later down the line. 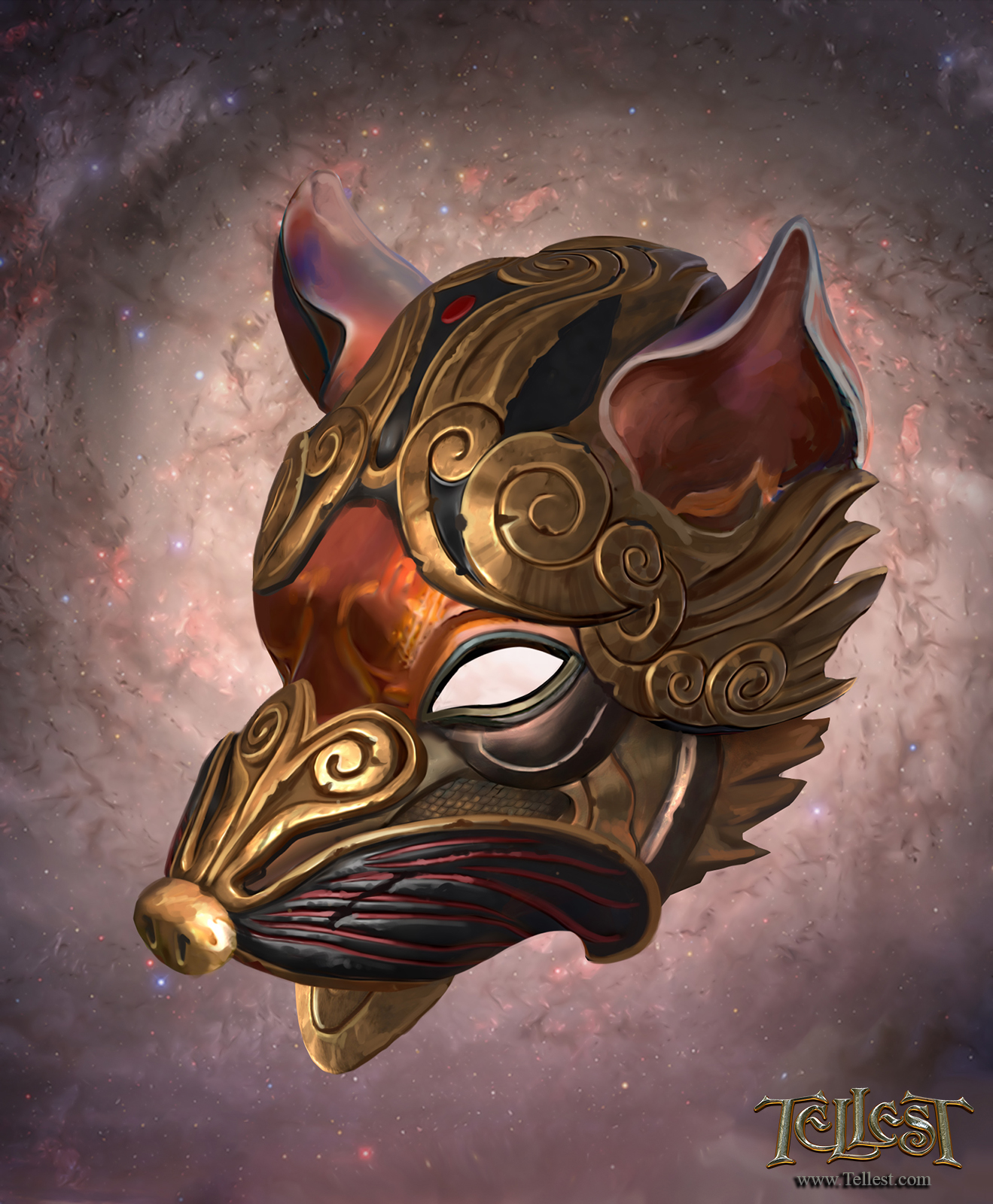 We didn’t really talk about the look of this piece a lot as I was talking more about its place in the world.  You can see that Azot brought it to life in some pretty cool ways.  It almost seems to evoke some sort of steampunk vibes, with the brass color.  So was it made by a tinker, or does it have a more magical, perhaps divine origin?  Only time will tell.

This was our last treasure for quite a while.  As I may have mentioned before, Azot is embroiled in the war in Ukraine.  Send him your thoughts and your prayers, and when he’s safe from harm, we’ll be excited to work with him again!