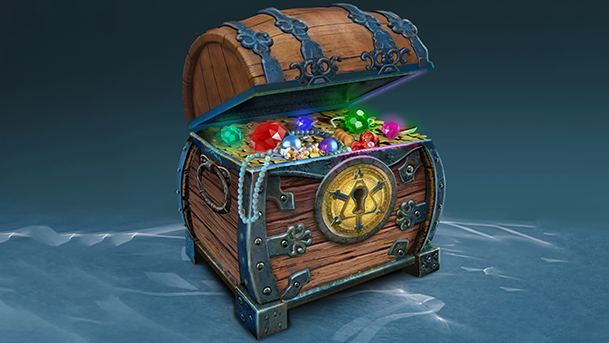 Hey there!  It’s been almost two months, and that means we are well overdue for a piece of Tellest artifact concept art.  Today we’re showing off something a little different, as we’ll be looking at something that could be used for more generic Tellest posts and items.  We have our short story panel that shows of Gaston Camlann, and now, we have a treasure chest that can be used to denote special Tellest treasures and relics that don’t have their own art just yet. 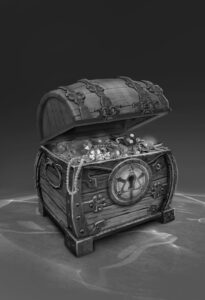 We received this treasure chest as a bonus item from the latest batch of concept arts that we picked up from Azot.  He had an underwater treasure chest that he designed years ago that I loved, and I decided that I really wanted something like that.  The treasure chest can be used anywhere, but the barrel-shaped opening reminds me of pirates, and the magical, circular lock on the face makes me think of something a little more arcane. 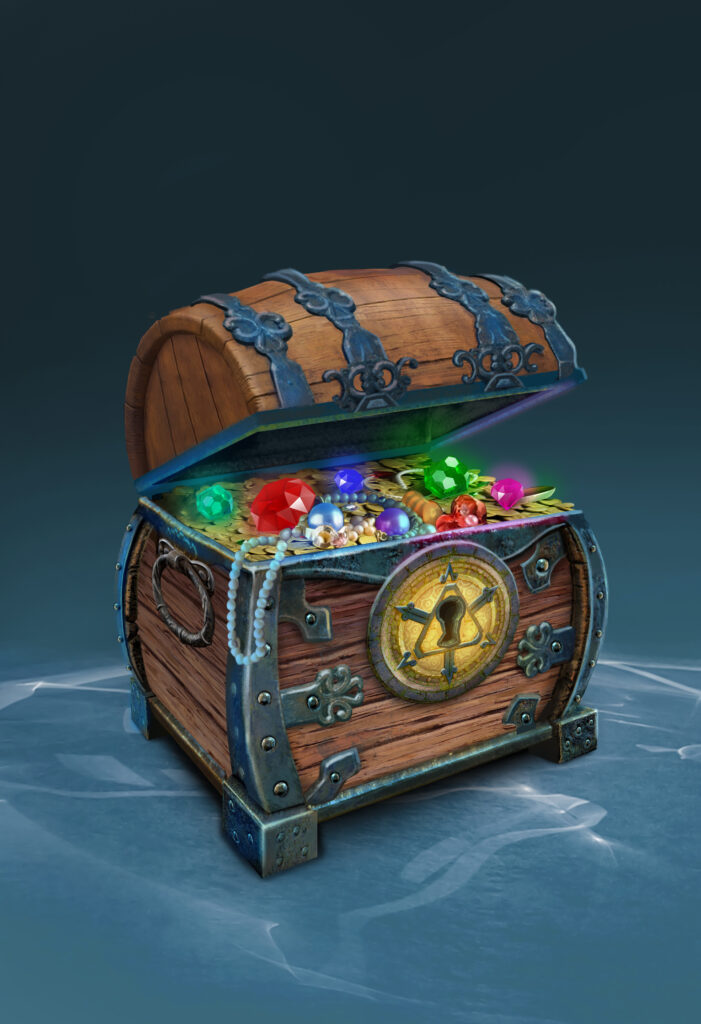 The treasure chest is filled with many great and mystical things, and in theory, one of the items we’ve shown off before could have even been found in a treasure chest like this.  I’m sure we’ll have many opportunities to use this image. 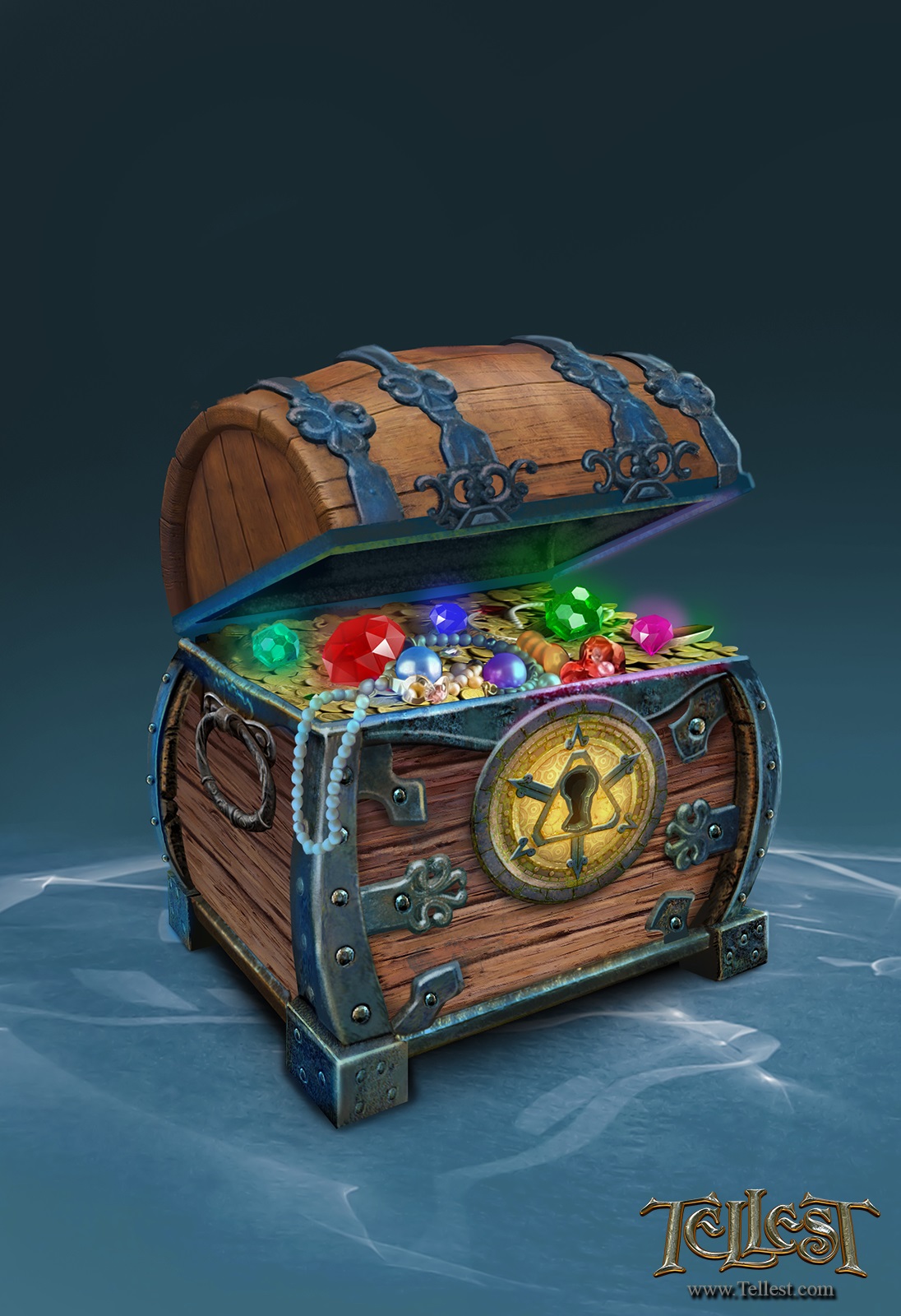 That about does it for us for today, but we do of course have more treasures on the way.  I think we have them coming throughout this year, and with luck, I’ll open up enough of our budget to get another set, and then the fun doesn’t ever have to end!

There is one more thing I’ll show you today, as a bonus.  One of the reasons I wanted the treasure chest was because when we can eventually get out into the world, and get back to doing things like Comic Cons, I wanted to be able to give out some other cool bookmarks, and I thought we were uniquely positioned to give some awesome treasure-related bookmarks.  Here’s a look at what the back of every bookmark would appear as.

And as a bonus bonus, how about this one?