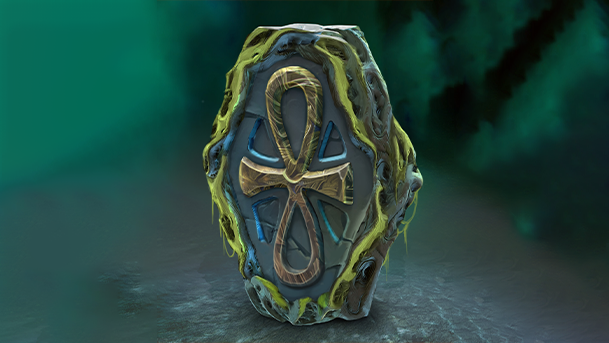 Hello there!  Today we’re once again looking at some really cool Tellest artifacts, but this one actually has a basis in D&D first.  You see, back in the before times, when people were able to hang out in the same place (I’m writing this in April, so hopefully by July we’re able to do so again), we used to get together every couple of months to play some lengthy D&D campaigns that I ran with my friends.  Since Tellest is a magical place, I wanted to lean on that a little bit more, so we ended up giving each of the characters a trinket that let them use a power once per day.  One of our characters was a paladin who was beginning to question his faith.  That is, until they started communicating with their god.

Or so they thought.

The paladin Megit had an amulet that looked sort of like an Egyptian ankh (Rhianna drew images for all our power cards, and it served as the inspiration for the art you’ll see below).  What he didn’t know was that there was a counterpart that looked just about identical, but it was in the hands of someone else instead. 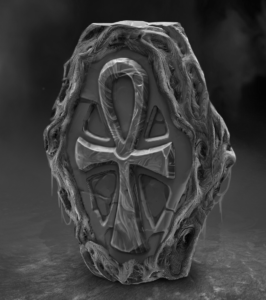 The amulet of communication is essentially a fantasy styled walkie talkie.  It allowed for our party members to communicate across different places in dungeons and towns, and has come in very handy for them so far.  Of course, it also served to further shred away at Megit’s faith, so he’s dangling by a thread now. 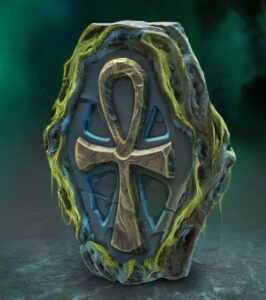 Since the Egyptian gods don’t really have a place in Tellest beyond distant inspiration, we converted the ankh to one with a double loop.  We didn’t have to change too much to accommodate this, though you can see that Azot did slim down the lower set of triangles. 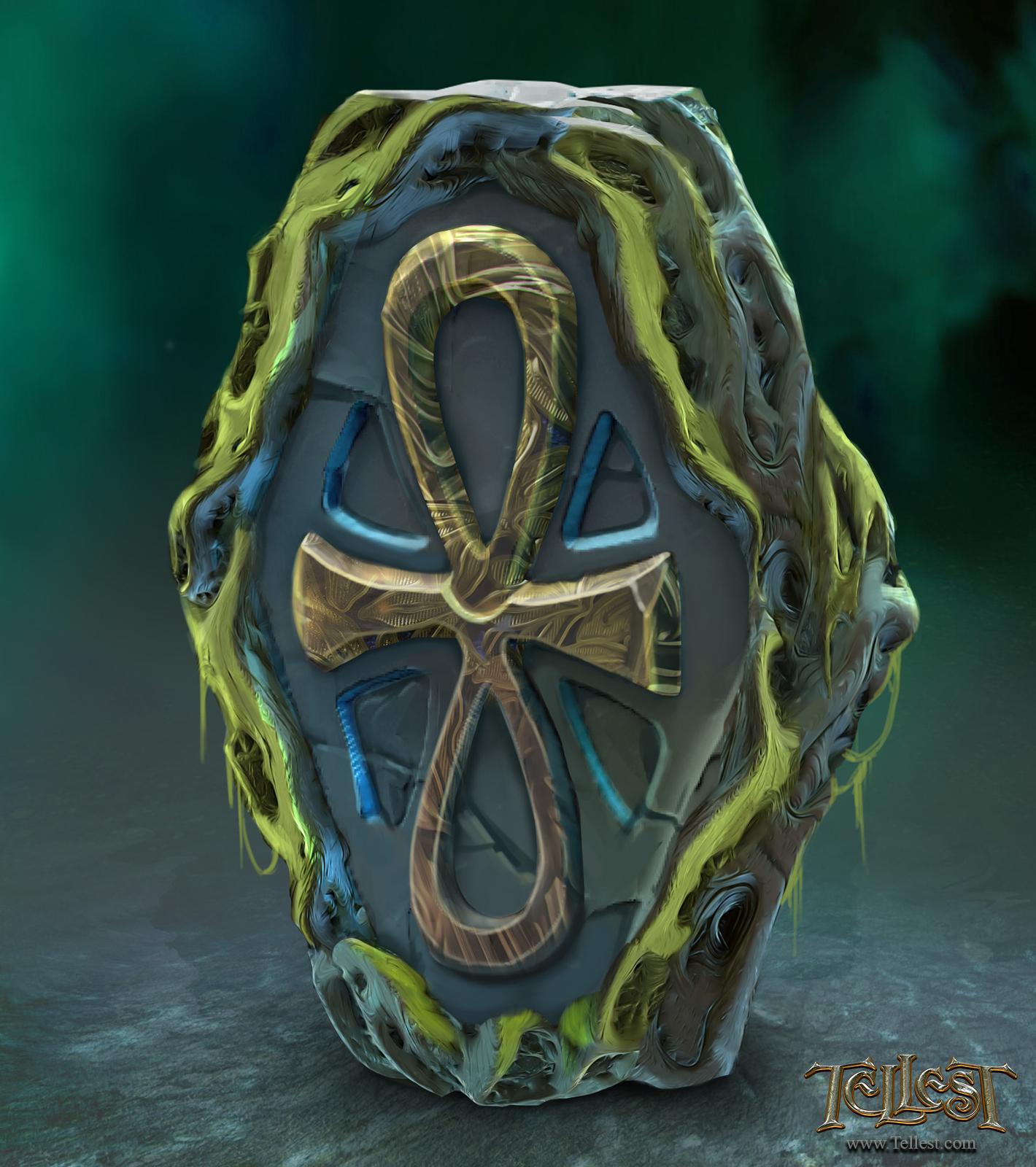 So, we’ve used the artifacts in D&D, but we haven’t seen them in the literary universe yet.  As far as rarity goes, it wouldn’t be exceedingly rare to find one, though they would be fairly uncommon.  Many people would likely find it hard to procure something like this, and if I had to guess, there might be only one or two power artificers or sorcerers alive who know how to make them.

Anyway, that’s not the last of our artifacts, so just make sure you keep an eye out.  We’ll have more to show off soon!