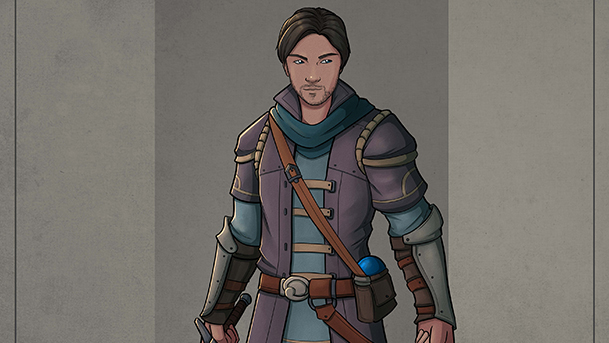 Hello folks.  We’re back today with another new look at the hero formerly known as Kaos.  It’s a new timeline, which means new interpretations.  Now this one isn’t so wildly different to the last one we’ve seen, being instead inspired by it.  Silky Noire, the artist of this piece, definitely took some nods from Dennis van Keller (at our request, of course), but she still managed to make this variation feel pretty unique. 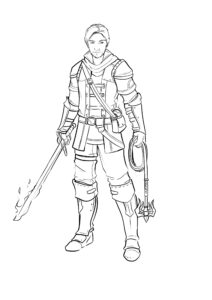 We started off with some basics, including making sure we had some of Luca’s tried-and-true belongings, such as the flaming sword, the Sky Talon, and the smoke marble (in the pouch at Luca’s side).There were a few little adjustments here and there, with things like color patterns and styles, but I ended up really liking it.  It’s like a costume change for Luca, should he ever need it. 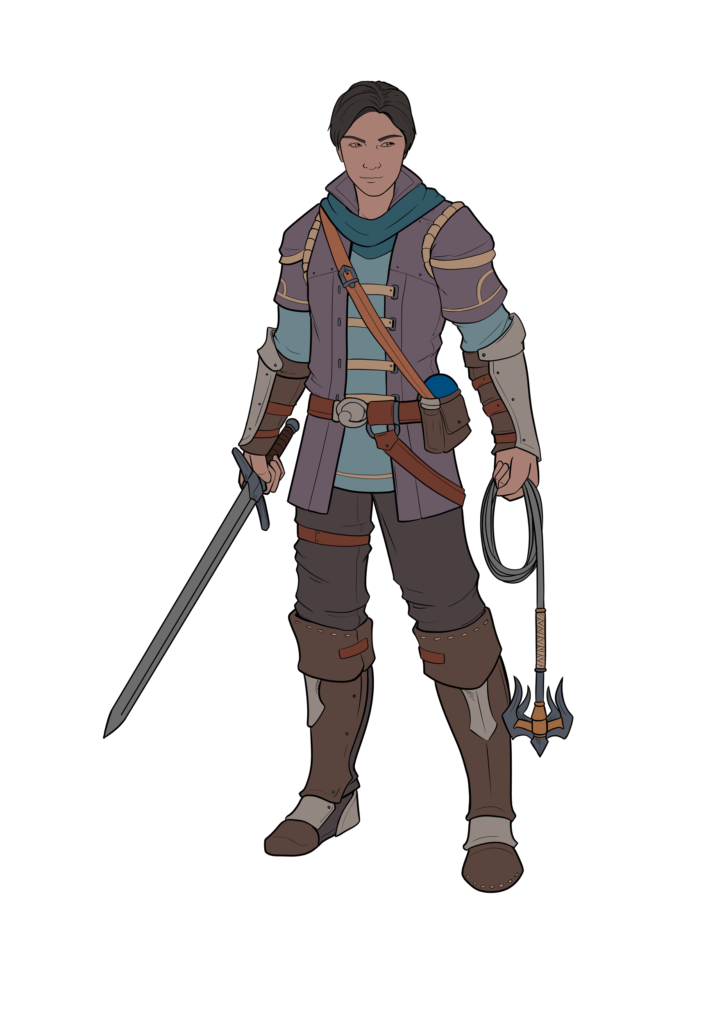 Once you throw a splash of color into the mix, it starts to really pop out a little bit more.  You can see individual wrinkles in his outfit, some rivets and stitching.  It all comes together remarkably well, and that’s even without the shading. 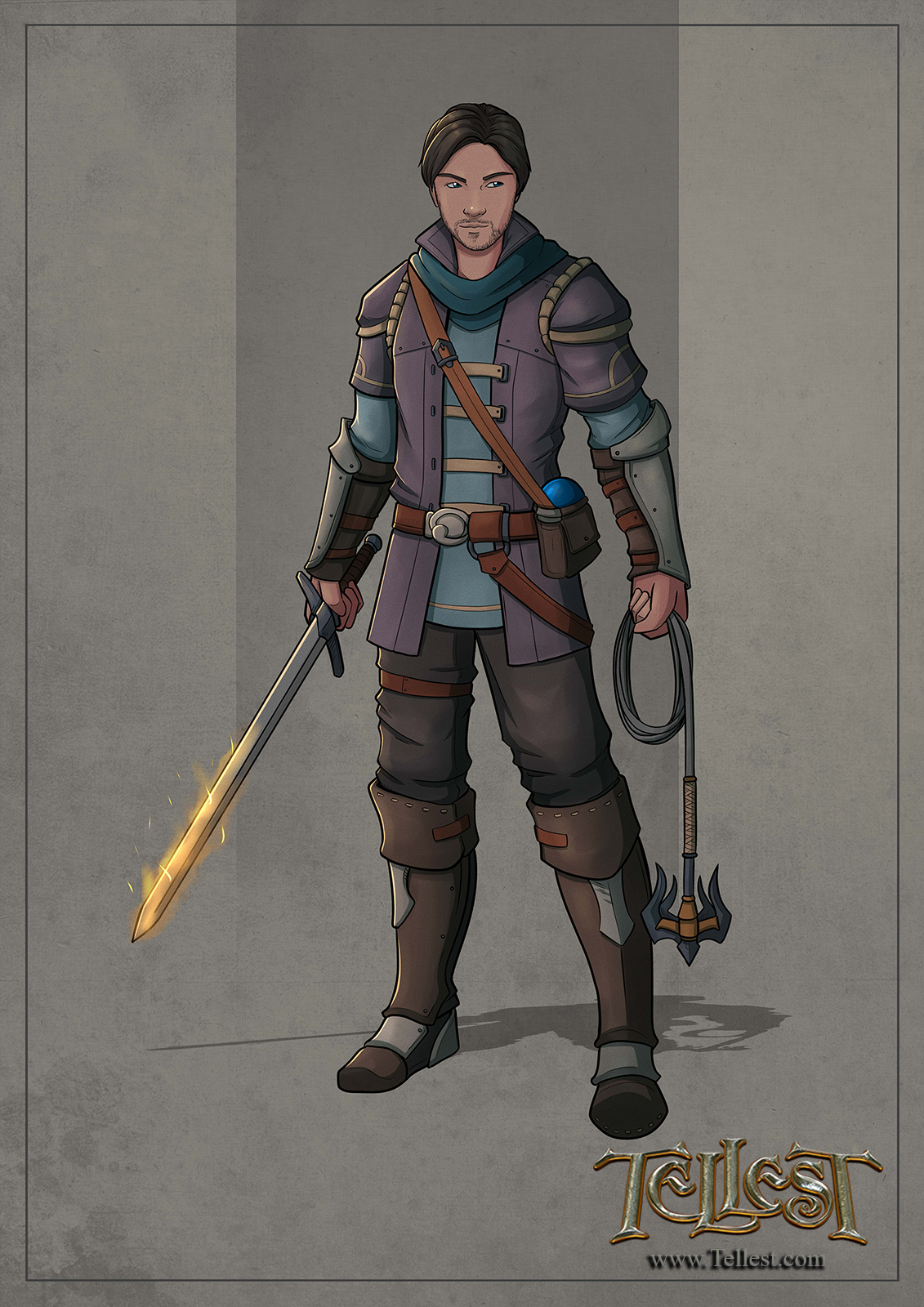 Once Silky established what the character should look like, she brought him to life in some cool duds, and in a new style that we’re very happy with.  If we hadn’t established that we wanted the full set of “the nine” by this point, we certainly would have jumped to let Silky know.

Over the next few months, we’ll continue to wrap up that set of characters.  Stay tuned!