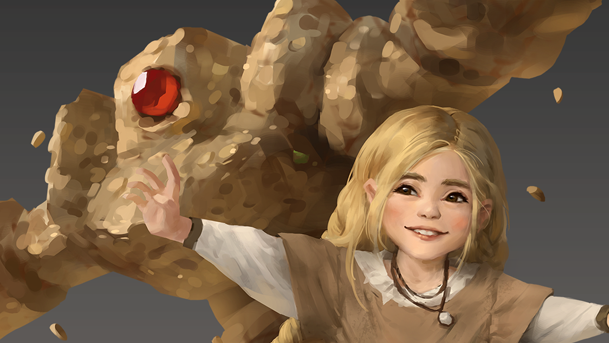 Good morning folks!  It’s been three weeks, so you know that means we have a new Hozure piece to show off.  This is an interesting one in that we have two “characters” in one piece, although one of them isn’t strictly speaking “alive.”  I guess it all depends on your interpretation.  Anyway…

Poses!  You know the deal.  But this also gives us the chance to talk a bit about the character.  Laika is the youngest hero in the Tellest universe at the moment, which gives us some pretty interesting opportunities.  One of Aaron Canton’s creations, Laika has already had three stories that she’s taken part in, which is the most that any debut character has had in one anthology. 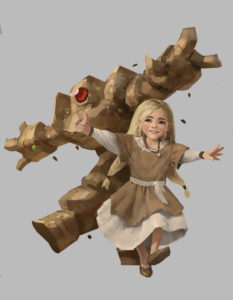 We wanted to give her a playful pose since she is so young and innocent at this stage.  Laika has the ability to take inanimate material and awaken them in the form of a golem.  here, we have her with “Goldie,” one of her creations. 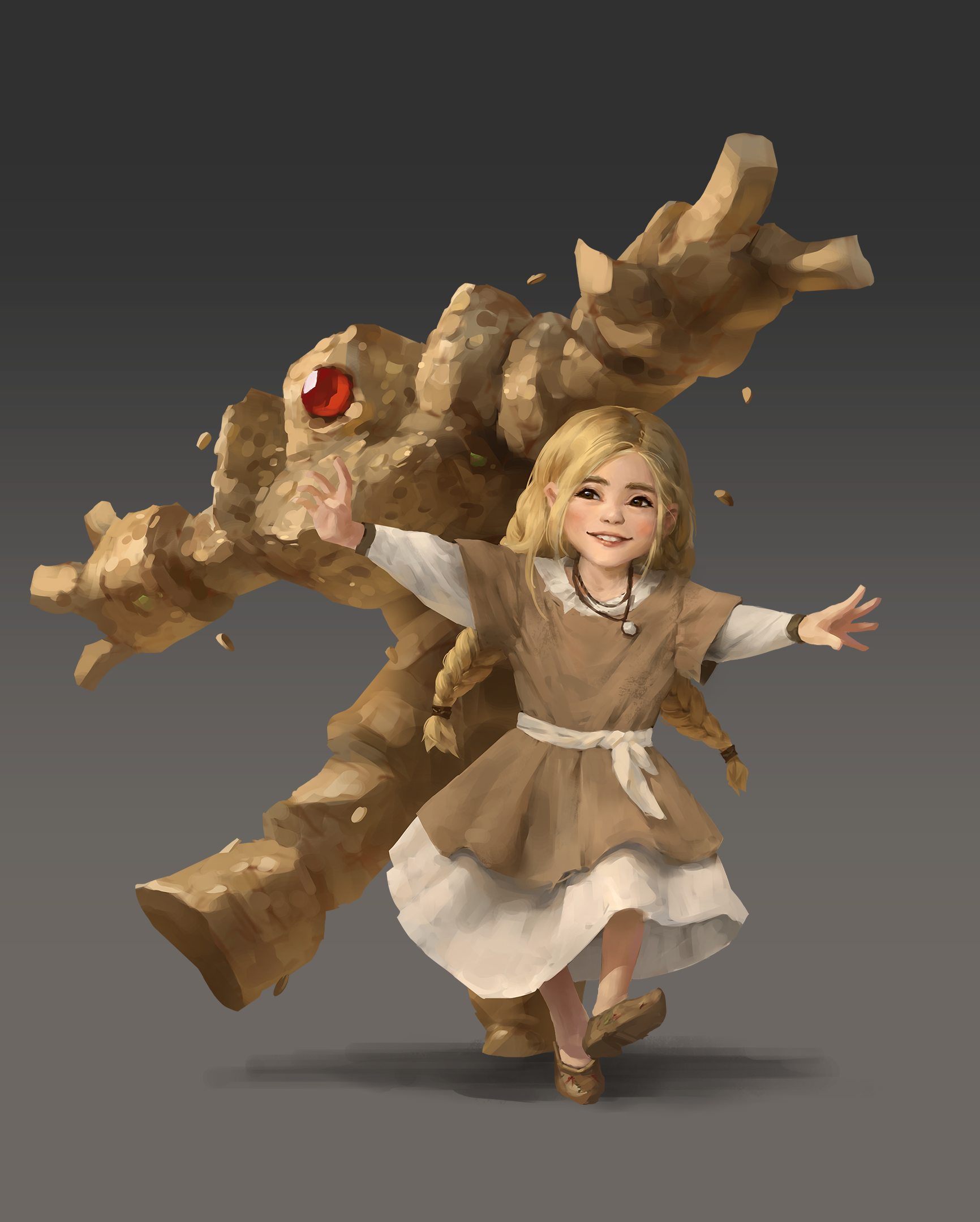 In our final version, Hozure softened some of Laika’s features, while sharpening some of Goldie’s.

It’ll be interesting to see where this character goes.  She’s the first one that we’ve had that begins at a young age who we can see move along throughout her life’s journey.  She’s got a lot of positive influences in her life right now, and seeing where her studies will take her can be pretty entertaining.  Only time will tell.

We’ll be back in another three weeks with another Hozure character, but stay tuned next week for some kobolds from our upcoming Quantum Quest expansion!