Howdy folks!  We have an interesting character to go over today.  She’s making her debut here, and she’s not getting her start in a novel or a game.  So what’s the deal?  Read on to find out. 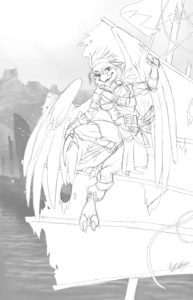 While we’re exploring Tellest, we’re trying to venture into the high fantasy elements of the world a little bit more.  We’ve already seen avarians in a few books, but Kazuri is a bit different those other ones.  Keota and Kyrie and the birdfolk from the aerie in Lord of Thunder, and Odawa and the Halia from Heart of the Forest had a bit of a native american feel to them.  Kazuri, on the other hand, hails from a place in Tellest that we’ve spoken about but never seen firsthand called Numasa.  It’s a bit East Asian-mythology-feeling, which gives Kazuri and her allies, the tentatively-named Protectors of Numasa, a bit of a larger-than-life, mystical feeling. 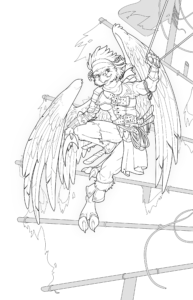 Kazuri has lived one heck of a life.  She’s been touched by the strain, so she has a power that her people didn’t quite understand.  That lack of understanding of course led to fear, which led to her being ostracized and eventually exiled. 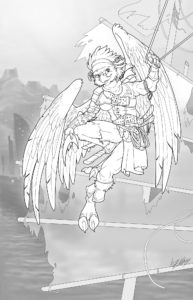 She learned to survive by taking what she needed, and that led her to a life of piracy.  She moved up the ranks, and eventually captained her own ship!  Kazuri’s power, the ability to summon powerful wind blades, may have ended up sending her away from the other avarians, but it made her a very valuable asset in naval combat. 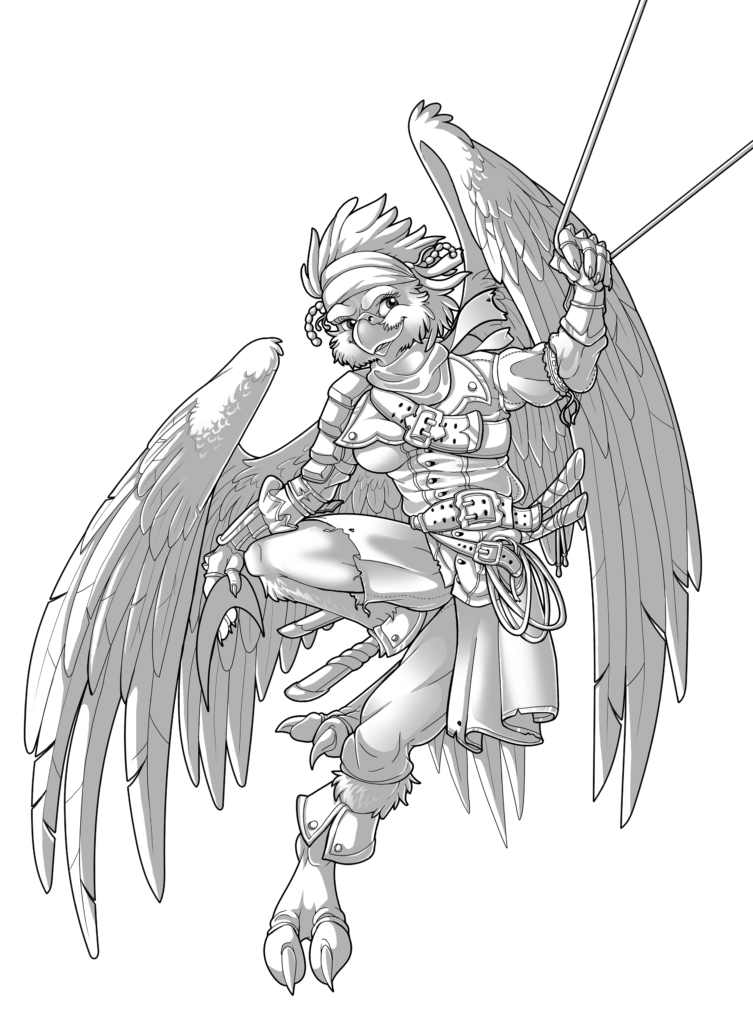 While Kazuri didn’t entirely renounce her pirate ways, she’s banded together with others to protect her home.  She uses her powers and her connections to influence the progress and well-being of Numasa. 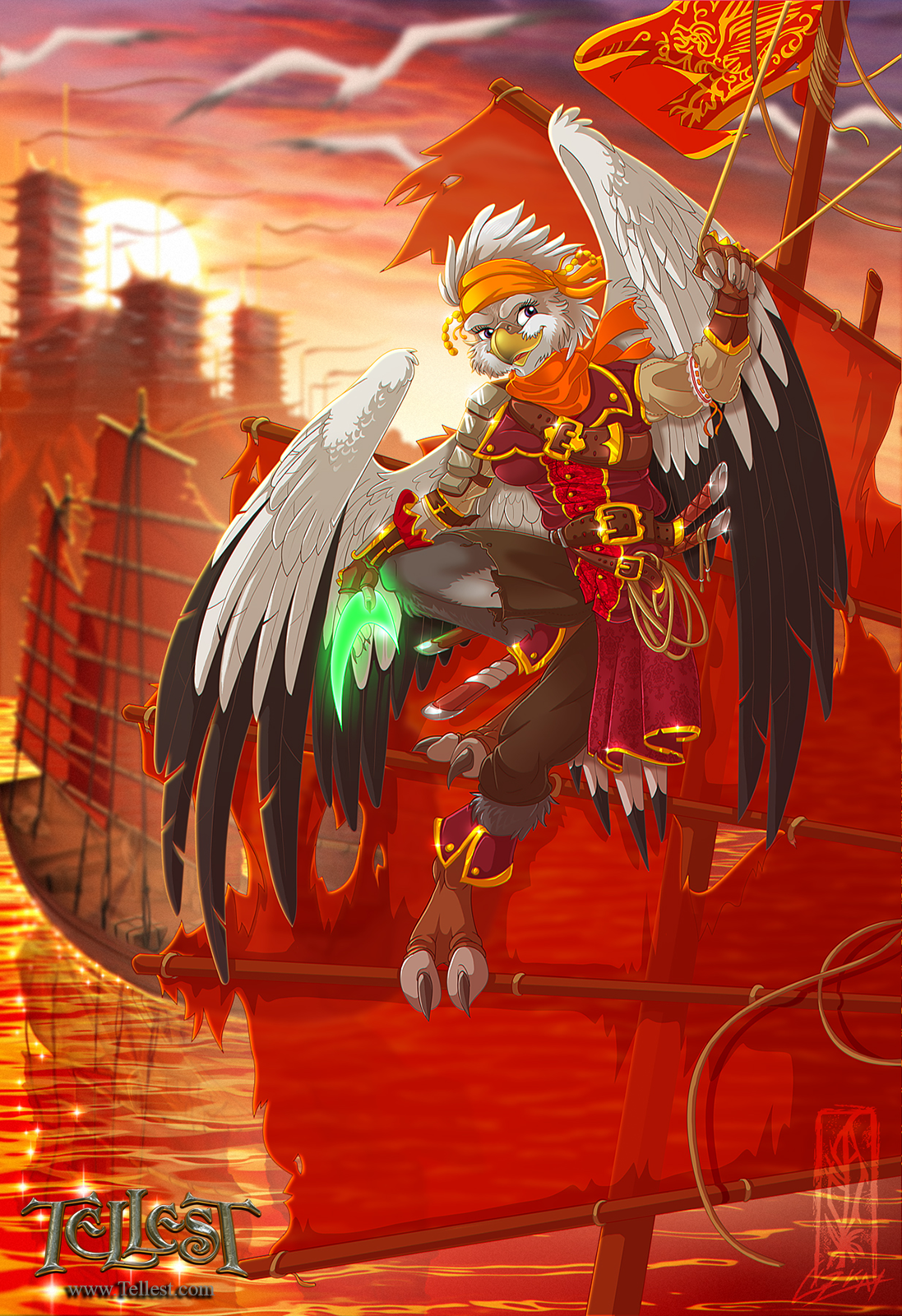 So how exactly is Kazuri going to play into the Tellest world?  We’re hoping to put her and the other protectors in charge of the first Tellest comic line!  Each of the characters is interesting and great to look at, so it’ll be a lot of fun seeing what we can do with them.  Stay tuned as we delve into this new medium, and see how far we can go!

A big thank you to LizKay for bringing us another wonderful bit of talent, and helping us to bring this character to life!