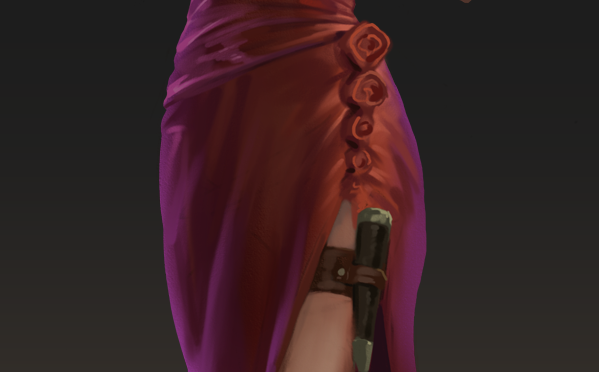 Hey there folks!  We’re back with another look at one of the characters that unfortunately won’t be coming anytime soon, but is definitely still on the horizon.  Hozure does a great job with these, and we’re happy to show off Isabella, the lead character in Sisters of the Crimson Veil. 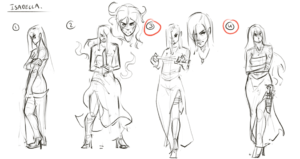 We always start off with some poses, and Hozure is always great about picking out a few awesome looks for us.

After that we moved onto our first sketch.  I never realized how much Isabella looks like a badass Jessica Rabbit until now.

Isabella is definitely a leggy character.  She’s tall, beautiful, and deadly as anything, but that’s due in large part to who she is, and who her friends are…

The background adds to this character’s darkness.  Though I would say she is a hero, she’s definitely not opposed to doing things that your typical hero would be averse to.  There’s blood on her hands, but she’s fair about whose blood she spills.