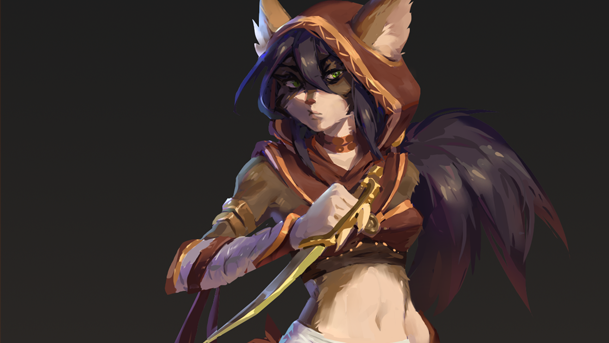 Howdy folks!  When we were running the Quantum Quest Kickstarter, we had a few huge backers who ended up sponsoring one of our characters, helping us to bring them to life in some cool ways.  Today, we’re exploring the first character who was given this huge bump.  With that in mind, we’d like to thank Trevor A. Ramirez for his support during our Kickstarter.  He sponsored Fe’Pavi, a character who existed in the Tellest lore for a long while, but made the transition over to Quantum Quest.  Let’s see the evolution of her design with Hozure.

These designs were done the same way that Hozure normally does them.  We go from poses, to a sketch to the final piece.  Hozure circled the ones he liked best here, but we, together with Trevor, decided on a different one.

Fe’Pavi isn’t from the same tribe as Kaiyonani, so she’s got a more distinct look.  In addition, she’s a thief rather than a mage, so she’s got different kinds of gear.  I love her big fluffy ears! 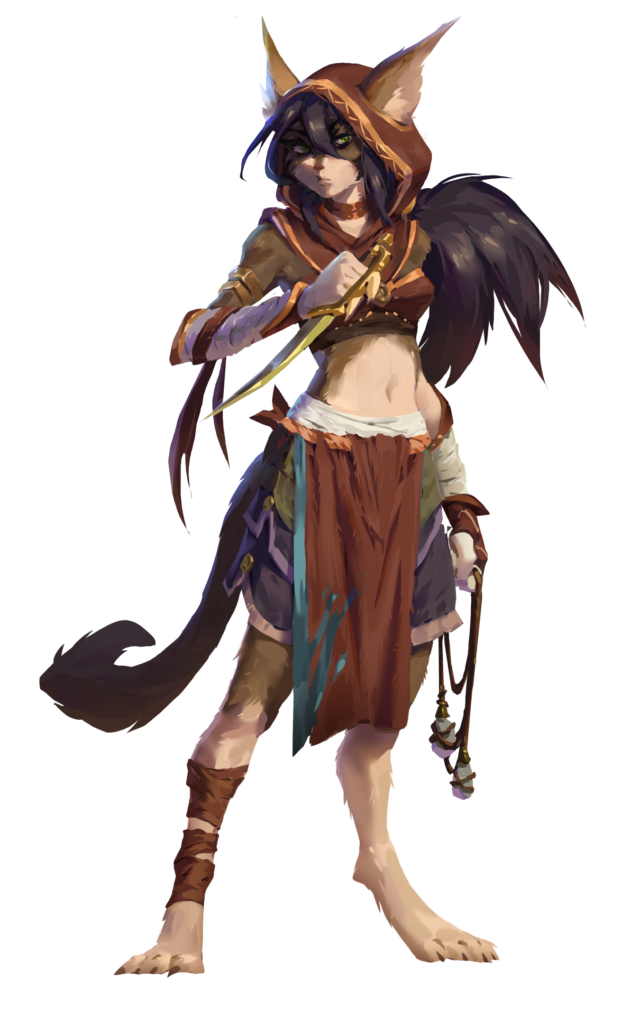 She’s just got this mischievous look to her that is so awesome.  Fe’Pavi typically doesn’t play alone.  She’s got some allies that she’s met throughout her time in Draconis.  Getting swept away to the dungeon makes her a little more cautious. 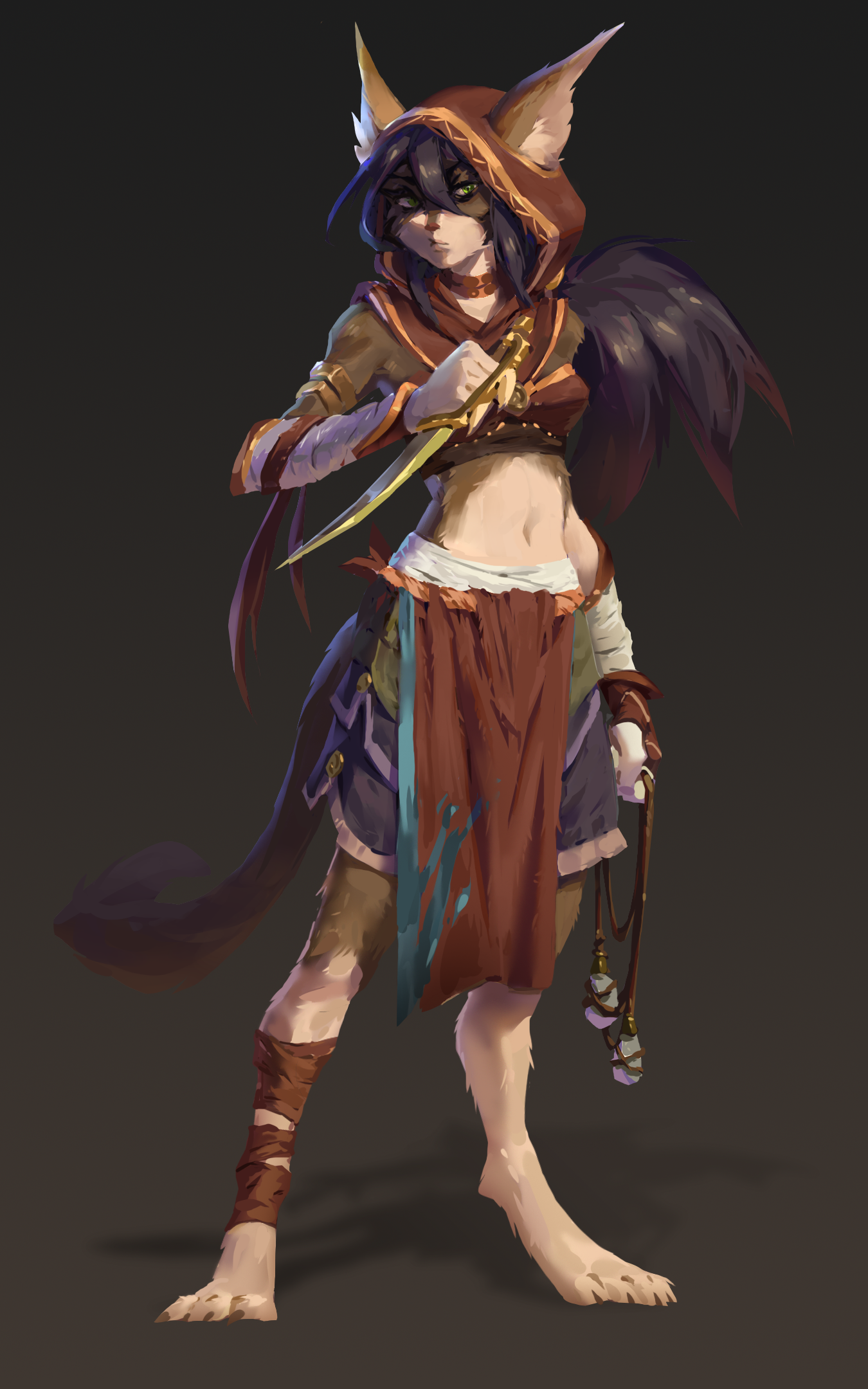 Here’s our final look at Fe’Pavi.  Hozure did a fantastic job, and we couldn’t be happier that Trevor picked our kaja to get lifted up a little bit more.  I’m looking forward to see where Fe’Pavi will end up going next.

In a few weeks, we’ll show the next sponsored character.  Keep your eyes peeled!