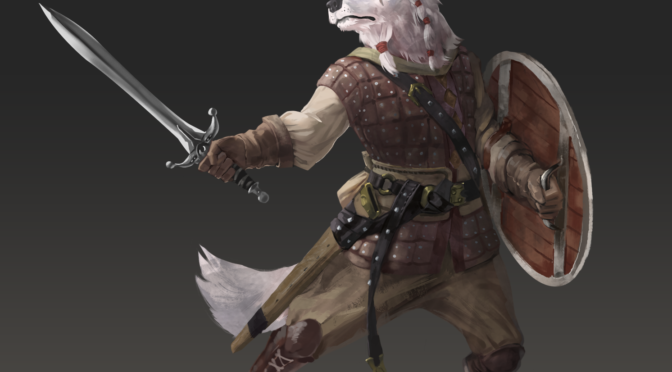 Hey there folks!  It’s about time to ring in the New Year with some new art. We’re taking a look today at one of the awesome pieces that Hozure did for us.  This time, it’s of our favorite werewolf, Dirk.

We started a little different than usual with this one, because Hozure wanted to determine the concepts of the character, in addition to his pose.  So we had a couple of different options for how he would be presented.  We ultimately wanted him to have this kind of chivalrous feel, so we gave him a sword and shield combo.

After that, it was time to pick a pose.  As always, Hozure gave us a hard time picking our favorite.  Each of these options could have been cool, but I think we ended up going with the option he least expected. 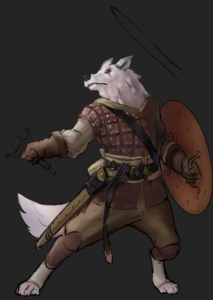 Expectations aside, he crushed it, even from early on.  His presentation was so much different than the other works we’ve done.  It’s really impressive how dynamic of an artist he is!

Once he added the other objects and some textures, it looked even more impressive.  Over the years, Hozure has gained proficiency in shading and movement.  It’s really a feat to behold. 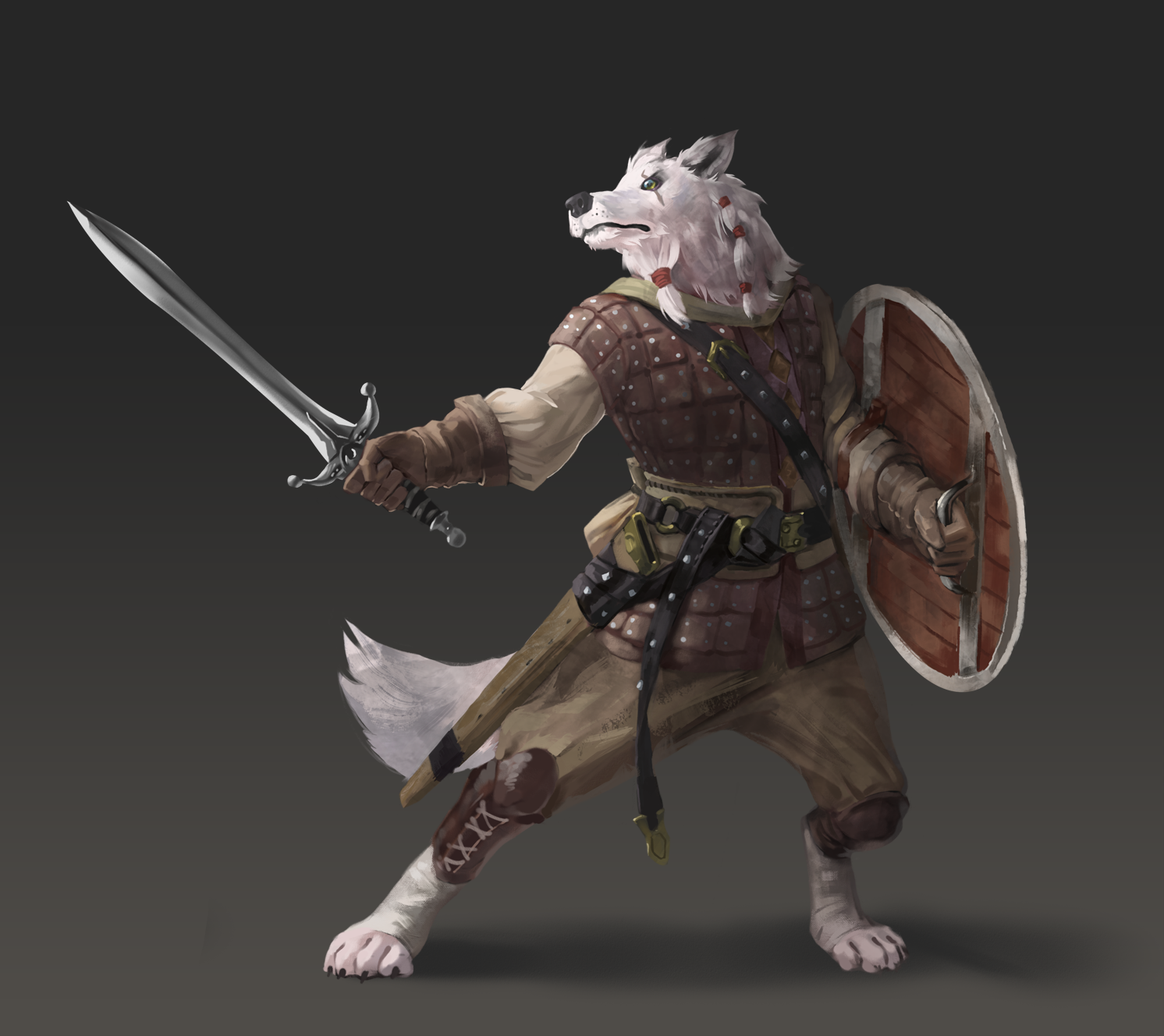 Finally we have the character on a background with some shadows beneath so we can really see what he looks like.  It is incredible what Hozure can do.  I’m just beyond impressed, really.

We can’t wait to show you more of the work that Hozure has done for us.  Stay tuned!