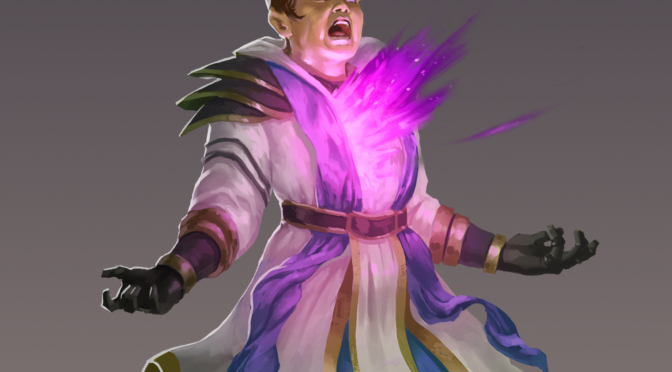 It’s been a while since we’ve had any work done for Conrad, who had his debut short story way back in 2015.  Our cleric who has an even better healing touch than most was cursed in that story, and unfortunately, it’s not the kind of curse where you just lose your socks all the time.

No, poor Conrad has to choose between hurting himself or hurting others.

The Sadori are kind of like Tellest’s take on barbaric islanders.  One of the gods they worship is a great kraken who drags whole ships to the bottom of the ocean (and further).  It was his curse—Kaikano’s Vengeance—that afflicts Conrad. 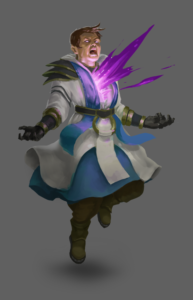 Conrad can still heal as much as he wants, but there’s a darkness inside of him that yearns to come out.  And the longer he waits, the more it hurts and otherwise affects him.  He can release that darkness at his will, but it always ends up homing in on someone else. 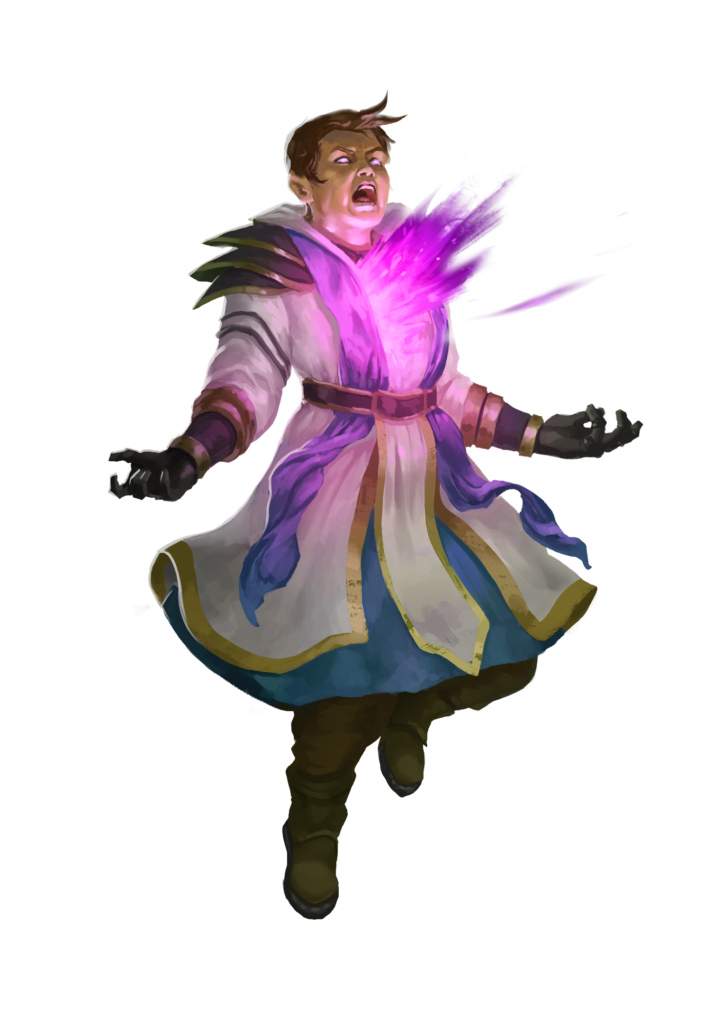 It’s not a secret the cleric wants to let out into the open, either.  Even though he could let out lots of smaller bouts of that darkness, he keeps quiet.  The only people who know about his new power are the father and son clerics, Richard and Robert Lener, and the man who he shares the curse with: Ruslan Ananto. 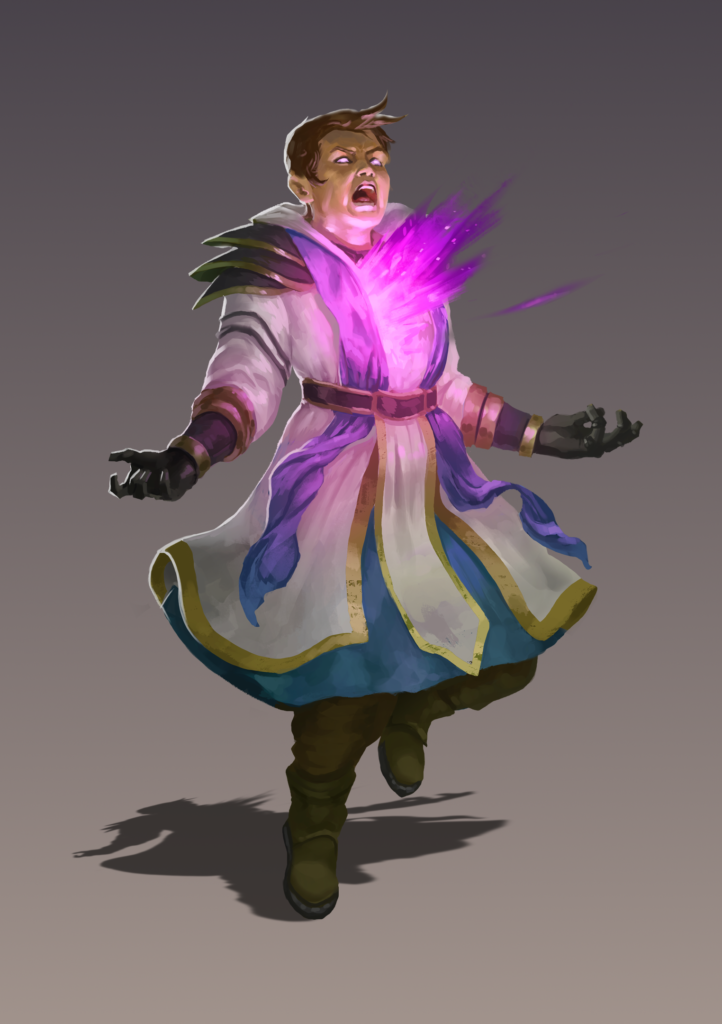 Hozure did an awesome job figuring out how to show our poor priest in pain like you wouldn’t believe, while still appearing badass in a lot of ways.

We’re excited for more great art from Hozure in the future!